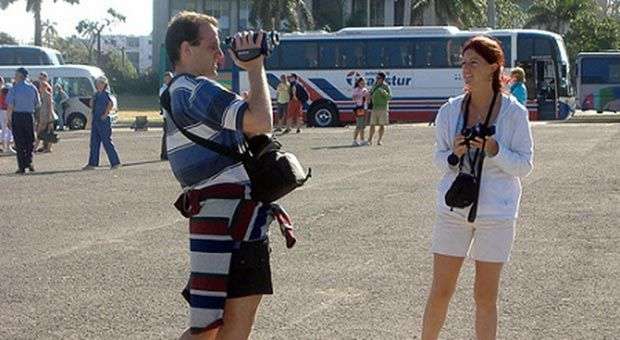 Havana took a special spot this Tuesday among Caribbean destinations, with the opening of the 34th International Tourism Fair, FITCUBA 2014, which attracted this time tour operators, businessmen, travel agents and journalists from at some 25 countries.

The event, main of its kind on the island, will run until February 10 at the Morro Cabaña Historical Military Park, and as a guest nation of honor has France, an emitting market that in 2013 sent more than 96 thousand tourists.

In the opening words, in the famous Hotel Nacional de Cuba, Manuel Marrero Cruz, head of the Ministry of Tourism (MINTUR), provided participants with details on the strategy that drives the sector to diversify the current offer, and thus position the destination among the international travelers’ preferences.

“The Ministry of Tourism and its business system remain immersed in the improvement and updating of the Cuban tourist product, aware of the potential that the destination has, but also of its weaknesses,” Marrero said, in the presence of Fleur Pellerin, Secretary of State for the Promotion of Foreign Trade and Tourism, and Caleb Rafai , secretary general of the World Tourism Organization.

Despite the negative effects caused by factors such as the global economic crisis, the Cuban tourism maintained in 2013 its growing trend, albeit with modest results (0.5% compared to 2012) – with the arrival of nearly 2.9 million visitors to the island, and more than a billion dollars in revenue.

On the current year, Marrero Cruz said that Cuba is growing by 5 percent due to increased flight operations and cruises, from various points of the globe, during the recently concluded winter season.

Marrero highlighted among MINTUR strategies, the implementation of a sector policy to encourage foreign investment, focused on attracting foreign businessmen’s participation in the implementation of mutually beneficial projects. In this regard, Marrero emphasized the development of real estate associated with the construction of golf courses in priority poles as Rancho Luna in Cienfuegos, and Covarrubias in Las Tunas.

He also ratified the constitution last February of the first such joint venture between the Cuban state Palmares group and the British firm Esencia Hotels and Ressorts, a deal worth 350 million dollars.

Looking to diversify the Cuban product, spearheading its strategy, MINTUR moved in other directions as the creation of the National Commission for Nature to encourage sustainable practices in recreational sites of high ecological value; and approved the policy for development of nautical activities in the country marinas.

To promote an “authentic Cuba”, the Ministry also bets strongly in the insertion of non-state sector, whose network extends already to over a thousand restaurants throughout the archipelago, an example of what these businesses can bring to the traditional offer.

At the moment, they are undertaking the transfer of food services, which to date were operated by state-owned enterprises, to other forms of management, Marrero Cruz said, while confirming the formation of the first non agricultural cooperative in the industry: Havana’s Divina Pastora, a well-known facility, located in the Morro Cabaña Historical Military Park, venue of FITCUBA 2014.

About the investment process, Marrero Cruz noted they are carrying out extensions in the Rancho San Vicente and Cayo Levisa Hotels, in Pinar del Río; and Manzana, Packard, Prado y Malecón in Havana; Imperial, in Santiago de Cuba, the Malecon, in Baracoa, among other works, which will add more than 10,000 new hotel rooms to the current lodgment facilities.

“We’re not satisfied, but we are encouraged by the results, which at the same time we undertake because we know we have a good product to offer, but we need a systematic update” Marrero concluded.

Pellerin, meanwhile, welcomed the selection of France as guest of honor FITCUBA 2014; to which a large delegation of businessmen, journalists and tour operators is attending, showing the interest of both governments to expand relationships, not only in tourism, but also in the commercial and cultural area.

She addressed the opportunities the proximity of Cuba to the French Antilles has to promote multi-destination travel in the Caribbean, also given the close cultural ties to these people.

Caleb Rafai , secretary general of the World Tourism Organization, praised the progress in the sector Cuba has made over the last decade, a nation that is a real example for the world on security and sustainable development.

However, he warned about the challenges Cuba will have to face to become a competitive destination in the region, among them, improving connectivity and services in the air transport and to continue diversifying offerings beyond the sun and beach modality .

After words of welcome in the Hotel Nacional, the guests moved to the Morro -Cabaña to proceed with the traditional ribbon cutting, which officially gave start to the days of exhibitions, conferences and negotiations that take place during FITCUBA 2014.

Mode circuits, this time, will compete in excellence in order to promote different, multifaceted recreational practices, and unlimited expectations, which will give the visitors a comprehensive and promising Cuba.