Joel del Río
in Technologies of Communication and Media
0 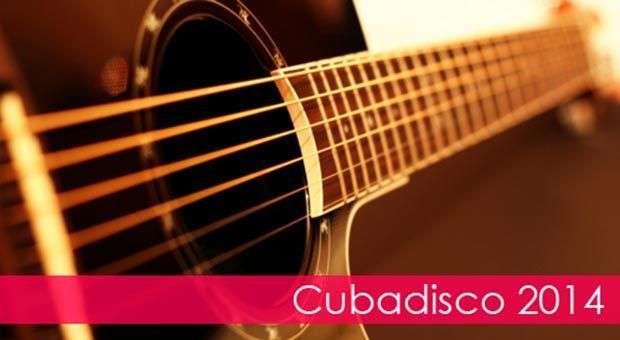 I barely have knowledge about the music beyond the four indispensable elementary things to fully enjoy it, in its various genres, from my unskilled perception. Therefore, my approach to the XVIII International Cubadisco Festival, to be held in May 17 through the 25, is mostly related to the visual aspect of an event whose slogan reads in capital letters the consecration to Music, Image and Sound. Moreover, most of phonograms usually contain music videos, documentaries, recorded or in making of concerts, so music is accompanied by explanatory statements, testimonies or representations that combine intimately the audiovisual and musical elements. But before entering this area, it is precise to provide a summary of what was the information about the nominees, which occurred last Tuesday at Tropicana.

After the announcement of the six special awards, out of competition, that were to be granted this year, the endless reading or mention of the nominees (usually five) in 46 categories established this year by the Organizing Committee of the event began. It’s a real challenge for journalism to summarize and highlight the main parts when the institution itself seems unable to abbreviate and rank, and one list of nominees occupied three sheets from a booklet prepared for this purpose, ie twelve full pages of names, cover photos, all related by categories, some too similar to each other. But anyway, let’s start where the institution began.

The six special awards were for the CDs Encuentro, El tres y el cuatro, of Pancho Amat y su Cabildo del Son along with Angel Martinez and Ensemble and 4 × 4; Concierto Antólogico of Santiago Feliu; Te doy una canción by Augusto Enríquez; Me dicen Cuba by Various Artists; Colección 30 years,by Liuba María Hevia and Volcano Gonzalo Rubalcaba, Horacio Hernandez, Armando Gola and Giovanni Hidalgo. Of these records the first three correspond to the Colibri Productions, the record label that holds the most nominations with a total of 96. The other Cuban producers, Bis Music and EGREM, are much lower in the summary of nominations.

Among the musicians with more nominations are the renowned guitarist Pancho Amat and the pianist Ulises Hernández. Amat has a Special Award, as mentioned before, and also appears in the categories of songs (accompanying by Algeria Fragoso in the disk Unexpectedly) and Traditional Music (with Fiesta del Barrio and Veinte Años) while serves as producer in Respetuosamente , by Teresa Garcia Caturla Tete; Si de son se trata by Ecos de Tivolí and Jóvenes treseros de Cuba by René Avich, San Miguel Perez and Cesar Hechavarría. Ulises Hernandez appears in the credits, especially as a producer of several albums nominated in various categories like Julian Orbón, Musical Renewal Group and Life Pages, nineteenth century Camagüey music.

However, the big surprise in the nominations round of six nominations came from Mother Earth production, the young jazz musician Michel Herrera, in the categories of Jazz, Audiovisual Concert, CD-DVD, Video Clip, Making Of Record Labels and Notes, while the cultured and popular kindly intertwine in Y como ayer… hoy. a tribute to Benny Moré from Sory, Tonadas Campesinas by Various Artists, and Collection of cathedral Music of Cuba, by the Camerata Vocale Sine Nomine and the orchestra of ISA, three albums that managed to gather five nominations each. Omens about the possible win in several categories, including the highest ,of Sacrilege, a double album of covers undertaken by Ernan Lopez-Nussa that, in the words of Leo Brouwer, “has taken classics like Beethoven or Bach, was also reconfirmed White or Cervantes, and returns them as art of variation, adding some extra-musical culture winks to complete-with humor these versions truly exemplary. “Sacrilege was mentioned in Jazz

Among the most passionately contested categories, so that they should include six nominees instead of five as sanity dictates, were found the categories of jazz, Cuban jazz and traditional folk music, among which the aforementioned Sacrilege and Mother Earth plus Pacheco’s Blues (Jorge Luis Pacheco) in Cuban jazz, and the four discs of Pancho Amat named above in the section on traditional folk music. The Popular Dance Music also had a good year and the result is that the list of nominees seems all-star selection: Adalberto Alvarez y su son (Respeto pa los mayores), Manolito Simonet y su Trabuco (Sin freno), David Calzado and his Charanga Habanera (Se sufre pero se goza), and Pupy y los que Son Son (Sin límite) and Paulo FG y su Elite (Abre que voy).

As a cultural phenomenon that transcends the Cubadisco highlights the ostensible return of singers that this year overflow the category of cancionística, a section where it has sometimes been difficult or impossible to reach the five nominees. In this case(en ese relieve), in and out of the song as a genre, emphasizes the delicacy and virtuosity of Beatriz Márquez in this live album called Espontáneamente and to the impressive list of “returns” Algeria it is added Fragoso with the predominance (señorio ) of Unexpectedly , Osdalgia in full command of her faculties with Desde el cine, Telmary with the overflow of improvisations that is Libre, Haydee Milanes (En el Chaplin), Liuba María Hevia Jose Maria Vitier (Se dice cubano), Sory (Y como ayer… hoy. Un homenaje a Benny Moré), and for the record these discs appear frequently nominated in more than one category, so their qualities exceed the limits of right, habitual and generic.

Finally, on the audiovisual aspect should be clarified that in this contest it is rewarded not only the coherence, the search, the depth and effectiveness of the music video, documentary and Making of as such, but the ability of its creators to creatively subordinate to an album, and hence, to the image and possibilities of a musician or singer. Thus, video clips La cuenta no da, of Manolito Simonet y su Trabuco (Rudy Mora and Orlando Cruzata) and La buena suerte, by Ernesto Blanco (David Rodriguez and Victor Lopez), intentionally play the card of spectacular, effects special and overlaps multiple senses while Este amor que se muere, by Beatriz Marquez and Juan Formell (Ian Padrón), My Funny Valentine, Michel Herrera (Manuel Ortega) and Negrita mía, of Jorge Luis Pacheco rather try to solve with diverse resources, the space and resource constraints. Anyway, the five nominees are milestones in the careers of the respective performers, because none of them had counted as far as I remember, with so vigorous and convincing as to the expansion images of a subject or a video disc.

Particularlly, Este amor que se muere, sang, interpreted, and felt in a duet by Beatriz Marquez and Juan Formell in video of Ian Padrón, represents these kind of works of small format, intimate and from concerts that will rarely win a mention or a prize in Lucas, usually put aside by more spectacular proyects. Discreet, as it suits the purpose of reflecting the restrained emotion of the performers, the camera work and editing tries to become invisible, so that it reaches the viewer, in its purest form, the tremendous energy of the two interpreters touched by grace, apart from being unavoidable personalities of the Cuban music in the last forty years.

As for the documentary, I think most lacks the intention of transcendence that characterizes the genre cinematically speaking. They are usually testimonies about the artists biographical or musicological explanations combinations of articles and reports, but in very few cases among the nominees we may speak of a documentary that retains values once the disk in which it is inserted is on. Among the outstanding ones is Identidad that Lourdes de los Santos dedicated to a compilation of works by Sergio Vitier, and the very funny and well thought De que Van…Van, led by the young Hector David Rosales, who records the latent event in the concert and tribute of La Colmenita to the train of Cuban popular dance music.

Anyway, these nominated documentaries, and several others we have seen these days in the Cubadisco, should be cause for common programming and repeats on our TV, and enrich the impoverished and repetitive music that bore us. These are works that on the small screen will find a suitable and valuable context for cultural dissemination, so that it is incomprehensible why our program managers, with the support of counselors, prefer to include a tide of unknown soloists, without collateral or any experience instead of contributing to the illustration of more accurate musical and cultural hierarchies. And it appears that this work of needed grading and acclamation of the most valuable will reach television nearly done, because CUBADISCO has been managed with property and height, to open those roads.