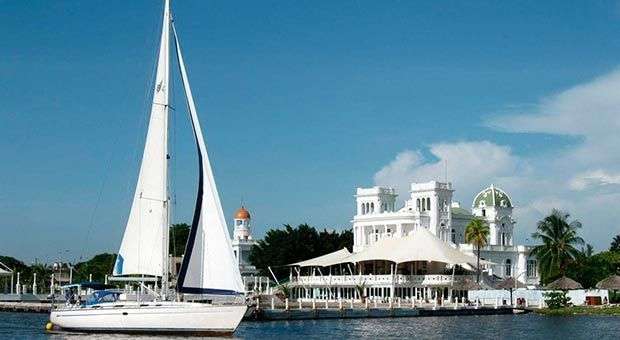 March brings spring and expectations. Around that time the Cuban National Assembly will vote on the new law on foreign investment. One of the fundamental transformations seems to be the concept itself: foreign capital would no longer be just a complement, but will have a more proactive role in the economy. Meanwhile, the Ministry of Tourism (MINTUR) proposes a package of future opportunities for interested investors.

According to José Reinaldo Daniel, director of business of MINTUR, the main types are joint ventures for building hotels, and for real estate projects associated with golf courses, as well as management contracts and hotel marketing and franchises in other countries of famous Cuban restaurants.

Also, there are five areas of development which seeks to direct resources, technology and knowhow. Cienfuegos is one of them, including Rancho Luna and Pasacaballos. The Pearl of the South is known for its architectural and heritage values , besides its beautiful bay, with 88 square miles and over 10 miles of coastline. Based on these attributes, the idea to enhance this pole is to offer a city product of high standard, complemented by the cruise industry and nautical activities.

Trinidad city and the nearby Ancon peninsula s also would form one receptive area of investment, due to its high demand as a destination requires increasing the number of rooms. In this sense they should include rental houses and their inclusion in the package, considering that there are about 600 in the town , according to the provincial delegation of MINTUR .

The Santa Lucía Beach, north of Camagüey, has extensive coral reef for scuba diving and other underwater modalities. There ten parcels for hotel development projects and two golf courses are also available. They have plans to build some 5000 rooms.

North of Las Tunas is Covarrubias, undeveloped location but with great natural potential in sun and beach and nautical activities, where there is also a real estate land for golf courses. This activity is thought to promote larger scale in Guardalavaca (Holguin) , together with increased hotel capacity . Daniel noted that these are not the only places with opportunities to invest, so that could be assessed interest in other parts of the country where there is tourism development.

In addition to the guarantees offered to foreign investment in Cuba by standing Law 77 (free repatriation of profits, not expropriation, special tax regime, among others), specifically for tourism the historical and cultural heritage, a highly skilled workforce are mentioned , direct air links with 43 cities, an advanced health care system, healthy environment and political stability.

Regarding the golf courses and real estate, the fundamental objective of the foreign participation is to obtain external financing, expand access to emitting markets and master management methods. Preferably, the location would be on the beach front, and land rights are granted for 99 years and in other cases in perpetuity.

The franchise agreements include systematic standardization of quality control, training of all the key positions of the business, mastering management, the product and the system under franchise support and technical assistance, including guarantees. Palmares group currently manages 11 of these facilities, replicas of world famous Cuban restaurants like La Bodeguita del Medio and El Floridita . There are 5 in Mexico and the rest in the UK, Austria, Ukraine, Hungary, Czech Republic and Argentina.

At the end of 2013 the island received 14,000 more visitors than the previous year, resulting in a 0.5 percent growth. The current accommodation capacity reached 60 500 rooms, of which 63 percent is in the 4 and 5 stars. The three cruise terminals 7 marinas and 10 international airports complement the services.

5 new foreign management contracts were recently signed, with the introduction of two new brands, one of them is the NH company , which had withdrawn from Cuba , and in February will begin operating the Capri hotel.

Melesio's Grill, a hearty temple to the National Mammal