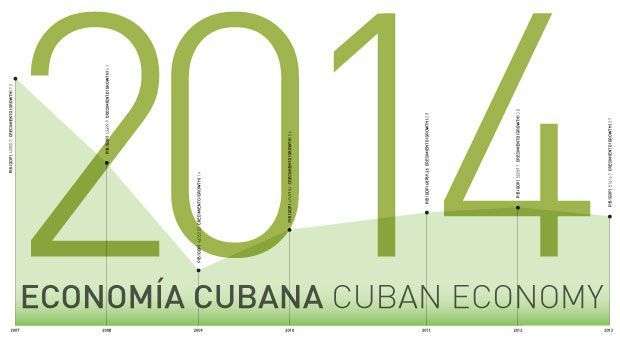 In 2013 the Cuban economy was very much affected by the ravages of Hurricane Sandy, which hit the eastern part of the island in late 2013. Total losses amounted to about $7 billion.

Food prices rose and so did the country’s expenditures in that area.

The 2012-2013 sugar cane harvest, which only met 89 percent of the target, did not provide the expected amount of hard currency income due to a 15.5 percent drop in prices on the international market.

In 2013, tourism grew by just 0.5 percent, and the much-anticipated goal of three million tourists was not met.

The export of professional services provides Cuba with the highest amount of its hard-currency income for several years now. According to the Ministry of Foreign Trade, in 2012 the export of services—mostly medical and paramedic—brought in $11 billion. As of now, the largest proportion of those funds has come from Venezuela, where about 20,000 Cuban doctors are providing their services.

The Brazilian government recently contracted about 5,400 doctors for its multinational program Mais Médicos (“More Doctors”), and it was announced that by late January of 2014, about 6,000 additional professionals would be added to that figure. Brazil pays Cuba $4,000 monthly for each professional contracted, which would mean total income of $548 million annually, although the doctors’ salaries of about $2,000 also comes from that figure.

In 2014, a new legal framework will accompany the express political will of the Cuban government of increasing and diversifying foreign investment in the country. Mariel Special Development Zone which will be the focus of foreign investment in Cuba. With the inauguration of the first 700 meters of the container terminal of the new port that is being set up in Mariel, the starting shot was fired.

The areas that authorities are going to promote are associated with biotechnology, pharmaceuticals, renewable energy, agribusiness, packing and packaging, tourism and real estate, telecommunication and information technology, and agricultural production.

Potential investors are increasingly keeping up with these new openings. The European Union canceled its previous “common position” and is negotiating a new status with Cuba that seeks to reach into this changing economy. However, for U.S. citizens, the limitations imposed by the U.S. embargo persist. In a speech at the UN in November of 2013, Cuban Foreign Minister Bruno Rodríguez Parrilla laid the Cuban government’s new cards on the table when he directly asked, “Why can’t U.S. companies have access to the new Mariel Special Development Zone?”