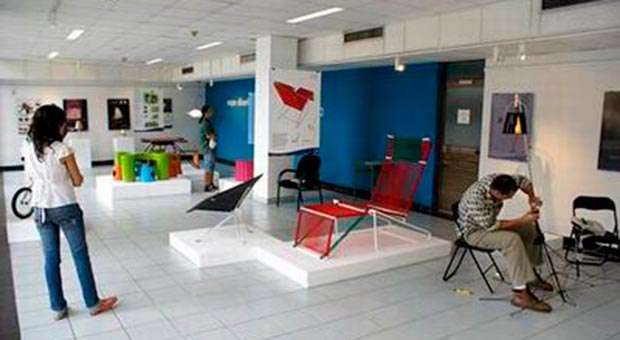 After ten years of conception and almost thirty after the creation of the Institute of Industrial Design (ISDI by its Spanish acronym) -leading institution in training graphic and industrial designers in Cuba, the Designer Registry came into force on November 12, “for the purpose of enhancing and protecting “domestic and foreign workers of the sector.

The legal tool will come to order and control an exercise as essential as underestimated where intrusion has become norm, endorsed by the need for survival that leads to be “musician, poet and crazy.”

To engineer Carlos Franco Parellada, director of the Register, the essence of this is to “preserve those (designers) duly qualified.” Hence, following the established schedule, it will be compulsory to be registered for such a profession. Franco estimates that more than 3000 people, about 1500 graduates from ISDI and a higher number of non-graduates who have knowledge and experience in this field will be present. The latter will be evaluated by a committee -they will have 30 days to deliver an opinion from the inscription, from December 2nd onwards.

The Register will be a database and a reference for any institution urged of design professionals. While it has not commercial character, it won’t also be exclusive, Carmen Gómez Pozo, head of the National Bureau of Design (ONDi by its Spanish acronym), said. “Everyone can continue belonging to other registers, such as the Fund of Cultural Assets.”

By validating the profession it is intended that design to be reflected in production, Gómez Pozo states, and “generates a spectrum of products with which Cubans to feel identified: responding to their climate, features of coexistence, gestures, culture, which are in this minute influenced by models that have nothing to do with us”; a lack that even the least experienced feel.

The Register was just one of the old claims of a sector subordinated to the apathy of the industry that does not give the right value to the achievements, contributions and potential of design industry, and simplifies it to “an aesthetic element, such as cosmetic configuration and it is not its case, “Gómez Pozo notes.

In many cases, according to Franco, there is a willingness to innovate and incorporate new proposals. There are those who do seek it but do not find how to do it, there are no producing industries or do not have access to certain technology. Companies do not have the necessary preparation to manage this activity, which hinders the appreciation of the benefits that design provides to the development of the country.

This is in line with the certainty that a few years ago Mr. José Cuendias, former rector of ISDI, stated; words that have not become obsolete: “The design alone does not solve the problem; design needs and lives for the economy. Design has nothing to do if there is no industry, or if the economy is depressed or in crisis. C ountless international macroeconomic variables that obviously have an effect on the country and on the possibility the design has to make things, have influenced on this. ”

These are the problems that hamper exchange between ISDI and the agencies, since many of the projects presented are achievable . It also happens that the company is not interested in the designed product, and that, according to Cuendias, is relatively common.

“Resources and open mind for the development of design in all its manifestations seem to be the emblem prevailing in the leading countries of this field. The current Cuban designer should not be an idealistic Quixote facing incomprehension mills. If we achieve this, then the fences will not be as dull, crushing and naive, “Francisco Masvidal, who has spent his life dedicated to the world of design, told OnCuba.

The lack of demand hindering the development and production should not be confused with a creative crisis in a country where, before the collapse of European socialist block -with devastating impact on the printing industry, “there was a long poster tradition driven by ICAIC (Spanish acronym of Cuban Film Institute) and significant graphic works which were influenced by the auspices of UNEAC (Spanish acronym of National Association of Cuban Writers and Artists) and the Cuban Book Institute”, Jorge Martell, author of the replicated poster ¨Obama give me five¨, said. Of course, “there was a device capable of supporting talent, idea and propaganda work that should never expire.”

“The talent is there, what does not exist today is where to expose i t, we must take it out of the exhibition to the streets, from the rooms and the homes of collectors to neighborhoods and cities like in a golden age. The key is to publicize the communicative and cultural possibilities of design, “Masvidal adds.

Television may well be a niche where to exploit that creative capacity which certainly means giving the creator the prominence he deserves. “While young channels have improved their visual and design, the old Cubavisión has stalled in a swamp.” The spots of some sections, well visually resolved, are grateful because subtracted us for a few seconds from the tangle of colors and visual riddles to which scenography subjected us, Masvidal notes.

Fortunately, the democratization of technology has resulted in the need to inform, develop new products and that can be verified, for example, in the illustrations, animations, editions. There has been a resurgence of graphic design, highly decisive for the cultural development of a country, those present on one of the days of the “Designing Ideas Laboratory “, based in Factoria Habana, agreed on that.

It is valid to point out that ONDI, according to Cuendia, has sought to promote what in the world is called public policies in order to support those areas that need a better answer in terms of design. Medical teams are an example. Very few underdeveloped countries have easily deployed the ability to produce their own design teams; Cuba has done it. ”

For a long time freelance designers manage to offer customer solutions, dodging the obstacles imposed by bureaucracy. Competition among flourishing businesses in the private sector has stimulated the need for design in projecting that small business as a hallmark in the memory of public, who have, increasingly, where to choose from.

OnCuba met the members of ¨Socios¨, a duet of young graduates in Industrial Design who three years ago decided to join as a strategy to achieve greater responsiveness to demand. “The designer’s job is well paid and in the last ten years, since ISDI reopened, the income figure was multiplied , therefore, competition increased,” Jesus Ruiz Bravo, a member of Socios, said.

“How many designers graduations were needed to have legal representation,” he asks, while assumes that the resolution attempts against those improvised “who dominate a software, take pictures and, incidentally, poorly exercise”.

For this young man and his colleague Carla Oraá Calzadilla, it is shameful that self employed to exercise with a license of card designer or decorator- issued by the government, for which, according to Carla, non skill is required.

“Those licenses are a mockery to what I do. Designing spaces is within the profiles of industrial designers , but making a space looking good is just one of the variables. It is not simply deciding colors, furniture-that is limiting the interior design industry-one of the most technical and complex; we do not study for five years by choice, “Jesus claimed.

In the case of them, the Register makes a difference and it is that since their registration an identification card will solve the dilemma they are facing. “To collect the work performed we must partner to the Registry of the Creator, the Cuban Fund of Cultural Assets, Genesis, Atrio, the Communicators Association or to Hermanos Saiz Association … which involves adjusting your résumé to the requirements asked by these institutions.”

By concept of representation these state entities earn between 15 and 30 percent. In the words of Carla, “they actually take a big slice and do not guarantee you a discount on materials, and are slow in payments. We work for the Fair of Havana. Mounting a stand to any company equals about 3000 CUC. They ( the entity that represent us) receive 900 CUC and sometimes two months pass and they still do not have the check. ”

Maikel Sanchez, responsible with a group of friends for the attractive visuality of cultural centers such as ¨El Submarino Amarillo¨ (The Yellow Submarine) or Barbarán, highly estimates the technical work that these agencies do when implementing a project. “They assign an investor who oversees the work and takes care of the paperwork. In theory it works well, we have been very lucky. I even know people whom have acquired a building to lease. ”

Practicing freelance has become tempting, for example, due to the facilities a company has when hiring. “Sometimes it is more profitable, less bureaucratic, is another way to produce, it offers more confident than hiring a team working for a fixed salary, and sometimes without a sense of belonging,” Carla notes.

The recognition of design is yet on its early stage, “Jesus says. ”We have had to expand our role beyond solutions, to the management of implementation.”

“People think that what matters is not the intellectual work, but physical delivery,” Carla stated. “Almost no one pays you for a role where you left your brain. The Yellow Submarine project cost more than 150 000 CUC, but in addition to the implementation, there is also your idea and that copyright falls into no man’s land, “Maikel expressed .

As good businessmen these independent groups understand that to be competitive in the market it is vital to have good prices. How to do it if the tax is charged at progressive scale-not unique measure of this sector-? When above 80 000 pesos (CUP) they must pay half of total income in taxes; not from actual earnings, but only of the income in documents . And there the costs incurred in practice are not taken into account.

“In the shops you do not find what you need. If I can not find the screws box costing 5.00 CUC I have to buy each screw at 2, 00 CUC to self employed, who do not give ticket record, or receipt. So that’s on me, like transportation, food, telephone (landline and mobile). And that amount of money is not visible to the State, “Maikel said.

Despite the vicissitudes that hamper the pace of growth idealized by these go-ahead entrepreneurs, the design bets on opening winds, but sometimes there are those who will not be able to recognize and respect that the wit of these idea translators beats at any environment.

Alejandro Milian nude before the show

Alejandro Milian nude before the show

Cuban Interest Section Suspends consular Services in the US

On congas and other absurdities