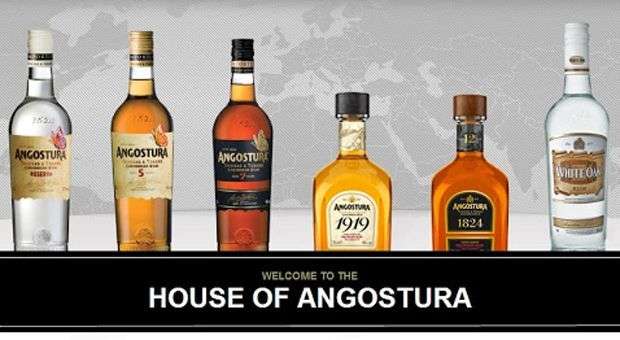 Men of the night say that a good Mojito Criollo or Cuba Libre would be no part of the royalty in Cuban bars without a touch of bitter. And fortunately for those who prefer these cocktails, that herbal extract that come to the island soon.

Bitters and rum from the Trinitarian brand Angostura will try to seduce lovers and professionals of the bar in Cuba after its possible entry into the Caribbean market through the Spanish company Freixenet.

Jude Carasquero, representing the Trinidad and Tobago Trade Facilitation Office in Cuba (TIDCO), said they are in negotiations with this and other beverage marketers to start in coming months to import renowned prestigious rums as Legacy, considered one of the most expensive ones at international level (25,000 USD a bottle).

Angostura, only company in the Caribbean with the Royal Warrant from the Queen of England for its aromatic bitters, has presence today in more than 160 markets and its vintage collection was named the world’s most awarded range. In the diversity of trademarks under their given name are Angostura ® 1824, Angostura ® 1919, Angostura ® Single Barrel Reserve, White Oak, Forres Park Puncheon, Black Label, and Royal Oak.

TIDCO spokesman also said that in recent days products made by Sacha Cosmetics, official line for beauty pageants like Miss Universe and Miss Jamaica, also from Trinidad, will be present in the Cuban retail stores.

In a presentation held in Havana last year, Kama Maharaj, CEO of the firm expressed interest in entering this market through Sacha, its main brand aimed at a more demanding buyer, and Arista, of lower cost, but a similar impact on other markets.

Both lines have a range of bright and vibrant colors, and their makeup stay “as applied finishes” for many hours, even in hot and humid climates like Cuba, said the manager at the time. Sacha products come again to Cuban stores, since previously they had been marketed but due to funding issues contracts were not renewed.

Through the Cuba-CARICOM (Caribbean Community) agreements, of which Trinidad and Tobago is a member, both Sacha Cosmetics and Angostura bitters and rums are to enter the island duty-free, Carasquero said.

“We belong to the same region, so we work very hard to promote bilateral trade, but also to serve as a bridge for Cuba to the 15 member nations,” he said.

In that sense, the executive said the Cuban Cimex company soon will export coffee beans, Tropicola soda and malt known here as Hatuey, but that will be released under the name Caribbean Ice.

Known as “Angostura Bitters” in English-speaking countries, the bitter is a concentrated flavoring agent made from roots, cherries, herbs and plants, with an alcohol content of 44.7 percent. Its initial use was to relieve some stomach ailments, but later it was discovered that gave flavor and strengthened the taste of certain drinks and culinary preparations. Just in time became a common ingredient in bars and kitchens worldwide.

Great classic international cocktails like the Manhattan and the Gin and Tonic, would not be complete without a few drops of this bitter.

The recipe was developed as a medicinal tonic, by the German physician Johann Sieger, who worked as a general surgeon in the army of Simon Bolivar.

The product started shipping in 1824 and established a distillery for that purpose in 1830. Sieger resided in the town of Angostura (later Ciudad Bolívar), from which derived the name of the bitter and used local ingredients, helped perhaps by the botanical knowledge of the Indians of the area. The extract began to be exported from 1853 and in 1875 the production plant was moved from Ciudad Bolivar to Trinidad, where it still remains.

The formula extract is a closely guarded secret and there are only five people who know the complete formula.

Who would tell the German doctor his herbal extract travel to Cuba two centuries later, to seduce the boldest of the Cuban canteen in the preparation of famous cocktails like the Mojito? And while there are those who reject the idea of incorporating into the mix a few drops of bitter, others claim that “Angostura is an elite component that makes the difference between a cocktail and a great cocktail.”

Thus thought Adrian Ravelo, winner in 2011 Fabio Delgado In Memoriam National Cocktail Championship, who also said that for today to get the product in Cuba, the only way is to ask friends to bring it from abroad.