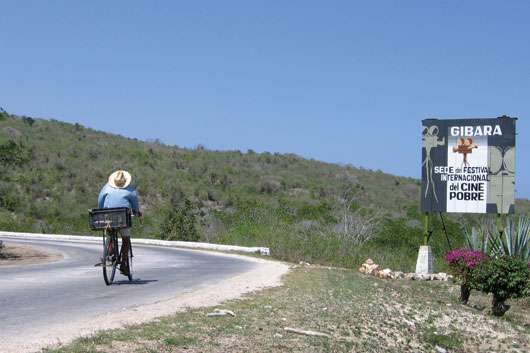 From April 17 to 22 the tenth edition of the International Budget Film Festival will be held in Gibara, a cinematographic event initiated by Cuban filmmaker Humberto Solás in 2003. From its origins, this festival brings together films by directors from all over the world that were filmed with a low production budget.

Through its sponsors, the Festival provides winning films financial support, to finish an ongoing project or to promote the production of new films. In addition, each year the event brings together critics, producers, filmmakers and sponsoring institutions for an exchange of experiences in the world of audiovisual arts.

Every year Gibara opens its doors to Budget Cinema and with it the city is transformed into an authentic movie village. Those who have participated in earlier editions know that the Festival injects life into all who participate in the encounter. On this, its tenth anniversary. we share with OnCuba readers opinions of different personalities who have been involved in the Budget Cinema of Gibara.

Budget Cinema convokes us, unites us, allows us to theorize, and thanks to this new ideas arise. It does it with the filmmakers, the actors, the musicians, the painters and even with the street vendors. During the Festival, Gibara reemerges like a Phoenix.

I first got to know Gibara when we were filming Lucía and I was with Humberto during organization of the first Festival. I knew from the beginning why it had to be there despite the remoteness. The architecture, the people, the ambience that characterizes that city, cannot be compared to any other film event in which I have participated.

Budget Cinema is not held in Gibara on a whim or for the natural setting of that place, which is beautiful, because in Cuba there are other beautiful places. It is held in Gibara because that city has a particular history that culminates with the Festival. To lose an event such as this one would be like amputating a limb from the natural path that Cuban audiovisual production has followed in the last 20 years.

I have always believed that Gibara is very far away, that going there is an arduous process. But I’ve realized that this has a special significance. It’s like going on a caravan towards a dream, it’s intensifying the life of that city and making it transcendental. The Festival fomented the rebirth of a history which Cubans had forgotten. It was there where the great Isadora Duncan danced. It is an ideal site for an event of great proportions, and it has become the nest for those of us who want to learn, for those of us who want to dream.

Walking around Gibara during the days of the Festival is a spell, a fantasy, it is one of those miracles that life can still give you. The celebrity actors and actresses that in Havana flaunt their  stardom and establish their distance, walk the streets, mix with the people, live in another fashion, another mode that the cultural space allows them. There I have seen, stunned, a multitude of spectators before an improvised screen showing documentaries and interviews.

At a time when people have stopped going to the movies, in Gibara it’s standing room only, for hours, to enjoy a program of documentaries. But I am not referring only to those great reasons, by now patrimonial. I am referring to subtleties. I am referring to the smell. You want to always go back and stand near the sea and feel that in those beautiful shacks you could spend a good season of your life, writing a book, filming a budget movie or, simply, talking to the people.

*The statements compiled in this article were published at different times in the Diary of the Festival of Poor Cinema which is published every year during the event.