The efforts to promote and diversify our exports during these last more than sixty years have not yielded the expected results, we don’t believe that the self-employed, our farmers and small and medium-sized enterprises, when we finally let them be, will be able to contribute significantly if the support given to them is not sufficient, aligned and systematic. 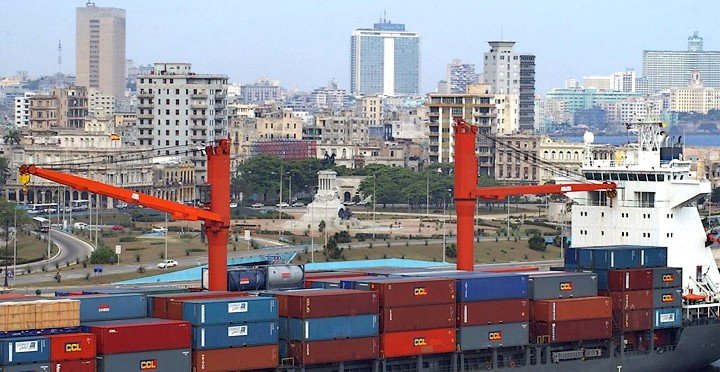 There is much good news despite COVID-19 and the return of the capital to the epidemic phase. Almost every day we are surprised by a new measure to boost/recover/revitalize our economy. That good news is in the form of a group of long-awaited measures.

It’s good, without a doubt, to note that this time it seems the boost being given to our reform/update, or however you want to describe this process that we have been dealing with in the last ten years, is not going to stop. But beware: the order in the sequence is important.

Although I will basically deal with exports again and I think I’ve done it in this column more than four or five times, I would like to point out that after the TV appearance of the minister of labor announcing that at last, and thanks in part to COVID-19, it has been decided to eliminate the positive list that authorizes a little more than a hundred trades that can be exercised by the self-employed and to create a negative list of jobs that cannot be exercised, and at the same time put an end to the “experiment” character of the industrial and service cooperatives and facilitate their creation as one more actor in our economy, is one of the best announcements for us. For many of the economists who have defended this idea for years, it’s very good news. When this happens, hopefully sooner rather than later, our greatest wish is that they also contribute to increasing and diversifying our exports.

In the discussion forum dedicated to this issue, that of exports, several things caught my attention, I list them as follows:

The first, without a doubt, has collection purposes and tries to collect the dollars and euros that are out there, inside or outside of Cuba, encouraging consumer spending of those who can.

Having people who can consume, that is, be “effective demanders” in times when the markets are shrinking and becoming as skinny as the cows in the province of Las Tunas that died of starvation this year, is VERY good. Effective demand is a driving force in any economy, that is not a recent discovery at all.

The second, I suppose, has the main objective of encouraging many economic actors to export and thus contribute to creating a relatively sustained flow of foreign exchange to our country. In this other, I understand, the purpose, rather than collecting for the operation, is to encourage investment spending to facilitate future exports or the increase in domestic production and supply.

If we apply what we know about the dependence of Cuban exports on imports and assume that the behavior in this sector will be similar, then we must expect that, at least at the beginning, the propensity to import (to export later) is very high.

I emphasize the latter since there doesn’t have to be a direct and immediate relationship between what is imported and the increase in exports, not even between that and the substantial increase in the production of goods and services, although there will undoubtedly be one, with time.

An expected reaction if we take into account our country’s restrictions in terms of supply. There are 600,000 self-employed workers in Cuba, but the number of people employed in the non-state sector, which is much more than the self-employed, exceeds one 1.3 million, which also includes artisans, individual farmers and cooperatives, who also suffer from almost the same problems of access to inputs.

If we suppose that one percent of all those persons want to access import or export and manage to carry out export businesses, then our 36 blessed foreign trade enterprises would have about 13,000 new clients, a market gift that our government has given them. If each of these new clients did a couple of export operations and the same number of import operations, then our 36 chosen ones would be carrying out about 52,000 foreign trade operations a year. They will sure have to change to achieve it!

Of course it will not happen, but it’s well worth doing some math to understand what the magnitude of the market could be.

This was highly anticipated. To do business, no matter how many courses are taken, you learn by doing and those who have never exported or imported, not because they didn’t want to do it but because they were never allowed to do it, so they can’t know how it’s done.

It’s true that in Cuba we have today, thanks to those same prohibitions, thousands of Cuban foreign trade managers. They are the Phoenicians of the Caribbean. Nobody, except life, their need and desire for improvement, gave them any course. Everyone found an opportunity in the shortages, the poverty of the assortment of our GAESA stores, in the exorbitant prices of some products, in the instability of the supply. They have moved billions in that ant-type trade and managed to compete and even win. But it’s not the same, even if it seems so.

Nor do most of our state-owned goods and services enterprises know how to export, also for a simple reason, because we never let them do it. By centralizing and concentrating foreign trade activity in a few enterprises blessed by no one knows who, we deprived the vast majority of our productive enterprises, their businesspeople and their employees, of the possibility of learning and training in something that, for Cuba, due to its condition as an island, is essential: knowing how to do foreign trade.

The most frequent of all these answers is the one that states that foreign trade activity is very complex, that it requires specific knowledge, studies and analysis, of knowing the market and that Cuban foreign trade enterprises have high expertise, and sufficient skills to “facilitate” the operation at minimal costs and fees.

The evidence, however, seems to say otherwise. On the one hand, we have our Phoenicians who carry out this activity every day with hardly any courses, and they managed to move and place such a volume of products in this market that it put the Cuban state enterprises in the sector in a bad position. They learned to buy, to identify products, suppliers and customers, and to adapt to the country’s customs rules. The state didn’t have to spend a penny on training, nor travelling stipends and trips of “buyers” with dozens of approved courses that frequently buy what no one buys.

On the other hand, there is the real fact that having foreign trade “under control” of the state still today seems fundamental to “plan” the economy. Getting rid of the culture of centralization as a basis for exercising effective control also remains a very difficult exercise and that culture remains, even when the need to use indirect methods of regulation is constantly insisted on. A good friend calls this culture of putting state intermediaries in everything “centralized digestion.”

You also have to hear that truth repeated many times by the businesspeople in charge of joint ventures who have invested in Cuba, about the way of the terrible ordeal of import/export and the high costs of doing so when compared to other countries in the region, including considering the blockade and punitive actions of the Trump administration.

Here the evidence again doesn’t accompany the affirmation. As in statistics, in hypothesis testing, one starts by accepting something that is not true.

How is it possible to accept that our country has a highly efficient foreign trade apparatus (watch out, I’m not referring to the Ministry of Foreign Trade only) if the foreign trade sector has been one of our great hindrances? Our official press repeatedly publishes news about the late arrival of raw materials, often decisive for “decisive exports,” or the loss of markets, or the little diversification of our exports.

How many new export opportunities do our Export-Import enterprises find per year? How many of those “opportunities” manage to become new businesses? It’s very likely that they are all magnificent colleagues, highly trained, with dozens of specialized courses under their belt, all revolutionary and honest, but the result doesn’t support that statement and Cuba continues to suffer from a weak, concentrated, poorly managed and with poor response capacity foreign trade sector. It’s not about the men and women who work in these enterprises, at least not only, it’s a problem of concept.

I know that using the word advertising is already a problem. In Cuba advertising is a thorny word. Defending advertising as a necessary instrument for the modernization/updating/reform of the national economy is almost sterile in the face of the tremendous arguments that have been made against it for so many years.

But we need advertising, if we want our country to advance and grow and conquer new markets and above all that our enterprises can better complement each other with their national products and reduce “imports due to lack of knowledge,” which are those that occur when there exists in the country the product or service with the required quality but the applicant doesn’t know it. It happens today, it has happened and it can continue to happen, unless we achieve having the advertising we need.

It’s sad that in our baseball stadiums there is no sign advertising our medical services enterprise, nor billboards on the road from Holguín airport to the city with the logo of the nickel enterprise, or of Cristal beer, etc., etc.

A good friend revealed to me one day the three magic beans of export:

Something else we would have to think about is the inequality of exporters. What is inherently unequal cannot be treated the same. Exporting commodities is a very different matter from exporting software, or fresh fruits, or crafts, or design services. And if the Export-Import intermediaries are so good, why then haven’t they been able to do it before? Why does Cuba continue to have more than 80% of its exports concentrated in just six products? Why in turn are is more than 85% concentrated in low and medium technology products?

The efforts to promote and diversify our exports during these last more than sixty years have not yielded the expected results according to the capital and the effort invested in this, we don’t believe that the self-employed, our farmers and small and medium-sized enterprises, when we finally let them be, will be able to contribute significantly if the support given to them is not sufficient, aligned and systematic.

Let’s welcome these many measures. If they exist they can be improved, let’s take it for what it is, an exercise in which we must all learn and unlearn.

And then let’s do something different, let’s allow, now that at some point that negative list will come out, the creation of export-import cooperatives.