It seems that the reality of national employment was not considered "ideologically correct" and that therefore the weight of private work had to be reduced. 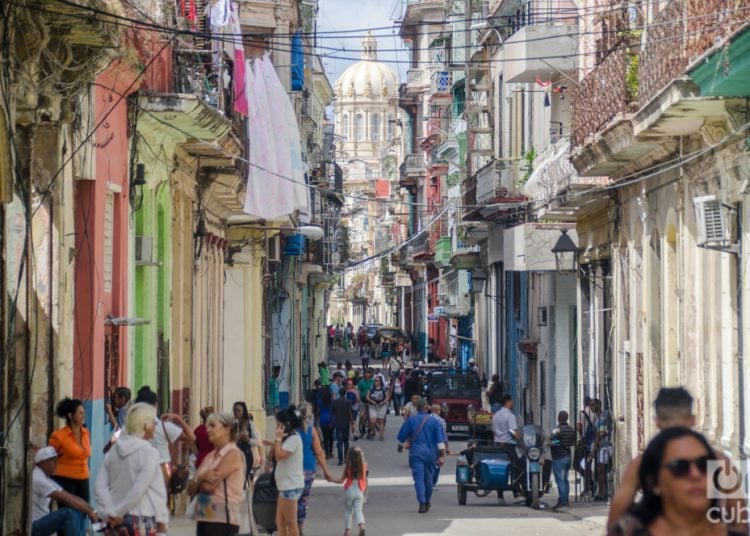 In a “subtle way” they were reclassified as cooperative members. The reason is that starting with the 2017 Statistical Yearbook, it was decided to not report the number of members of the credit and service cooperatives (CCS) as private sector workers, as had been traditionally done, but are now reported as cooperative workers.

The figures were revised backwards, so that in the 2017 edition of the yearbook there is a new series of data between 2014 and 2017 that has transformed the private producers, who are members of the CSS, into cooperative members.

However, the data prior to 2014 are not compatible with the new series, since they list the number of members of the CCS as workers in the private sector, as was traditionally done.

What happens if you want to make a long-term comparison in the evolution of private and cooperative work, say from 2010 to 2017?

Well, we should not really waste time trying to do this. It simply couldn’t be done now.

It is a curious “contribution” to the improvement of economic analysis in Cuba.

What is the reason for the change of criteria and the botched-up methodology that limits the comparability of data?

It would be necessary to guess, because as far as I know nobody has bothered to explain it.

My provisional hypothesis, pending some new evidence to discard it, is the following:

It seems that the reality of national employment was not considered to be “ideologically correct” and that, therefore, the weight of private work had to be reduced. A “methodological” change allowed such a “magic trick” to be made and at a stroke 256,900 workers were taken out of the private sector, more than a quarter of a million. As simple as that.

My humble suggestion to those who might be in charge of the matter: this is the kind of thing that devalues ​​the seriousness of the national statistical record in the eyes of any economic analyst. From the moment statistics are used to distort reality, the data losses credibility.

Taken from the blog El Estado como tal. Reproduced with the authorization of the author.