According to a statement from the Center for Genetic Engineering and Biotechnology (CIGB), it is a study without placebo, which includes Cuban children and teenagers between 12 and 18 years of age in Camagüey. 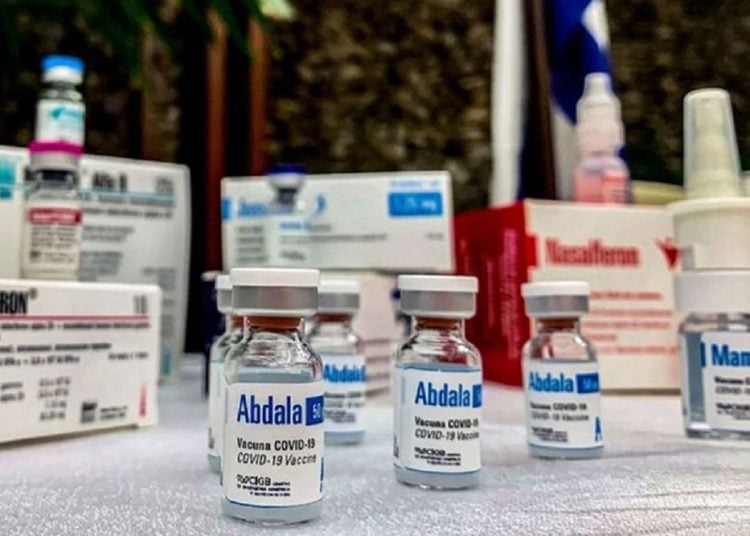 The Cuban Center for State Control of Medicines, Equipment and Medical Devices (CECMED), approved this weekend the advance to the second phase of the Ismaelillo pediatric clinical trial with the Abdala COVID-19 vaccine.

According to a statement from the Center for Genetic Engineering and Biotechnology (CIGB), it is a study without placebo that includes Cuban children and teenagers between 12 and 18 years of age in the province of Camagüey, Cubadebate reported.

Study subjects will receive the three-dose scheme of the immunogen with an interval of 14 days each (0-14-28 days), the source indicated.

The CIGB announced on Twitter that this Monday the vaccination of the first dose was beginning in the 252 volunteers scheduled for this stage.

Abdala is the first vaccine against SARS-CoV-2 in Cuba and Latin America. It was approved on July 9 after demonstrating an efficacy of 92.28 percent in the prevention of the symptomatic disease caused by the virus.

The scientists involved in clinical trials with the drug also assure that it prevents 100% of severe symptoms of COVID-19 and death from the disease.

Developed by the CIGB, Abdala is one of the five formulas against SARS-CoV-2 that are being investigated in Cuba; it is a subunit vaccine based on the receptor-binding domain (RBD) of the protein S of the virus, and has an application scheme of three doses administered 14 days apart.

The Ismaelillo phase I/II clinical trial would include a total of 592 volunteer children and teenagers between the ages of 3 and 18, residing in urban heath areas of the municipality of Camagüey in the province of the same name, located in central Cuba.