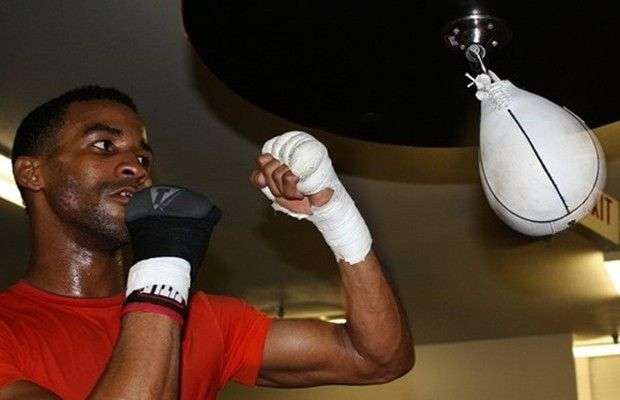 The Cuban boxer Ramces Barthelemy (20-0, 12 KOs) will expose on Saturday the belt of the International Boxing Federation (IBF) that he won when unanimously beating the Dominican Argenis Mendez in Miami, last July. His opponent will be the Argentine Fernando “El Vasco” Saucedo (52-5-3, 8 KOs), experienced fighter, but without a terrifying punch, according to his record.

However, the gaucho is not an opponent that lacks level, and this is supported by his vast experience on the ring and the top class rivals he has faced. Nor should we forget that he ranks amongst the best in the FIB, much less that is is by chance that he can compete for the aforementioned super featherweight belt. Precisely for these reasons, the look of promoters, experts and fans will be on Mashantucket, Connecticut, this weekend.

The South American, 32, amasses 14 consecutive wins, so it’s easy to perceive the outstanding momentum his sporting career is experiencing. The last of those wins was achieved by KO in the third round against Luis Armando Juarez, on July 27, in Buenos Aires .

This will be Barthelemy´s first defense of his crown, and the duel is sold as a great opportunity to reiterate his worth. In addition to open him the path for future confrontations against the remaining division champions in search of unifying the titles of the 130 pounds.

The evening provides greater chances of victory for the Caribbean: higher reach and height (the work from long range takes center stage), a stronger and accurate punching and greater desire for positive results, due to his youth and the promising future that is augured to him.

Barthelemy had his professional debut on August 8, 2009 as an opponent of American Jamal Clay at Columbia Convention Center, in South Carolina. And he is one of the outstanding Cuban five professional boxers. The others are the vilified Guillermo Rigondeaux, Yoan Pablo Hernandez, Richard Abril and Erislandy Lara.

What is the future of Guillermo Rigondeaux?

That is exactly the same question “The Jackal” from Santiago (14-0, 9 KOs) makes himself after the latest events around him; events that become more turbulent this stage of his career.

It turns out that the World Boxing Association ( WBA) ordered a combat between the Cuban Olympic champion and American Chris Avalos, leader as challenger of the category of the 122 pounds. However, again the organizer and magnate Bob Arum did his stuff by failing to submit a proposal in the auction made ​​a few days ago in Puerto Rico, and where the company Caribe Promotions won the right to organize the duel by having no opposition.

But the distinguished Arum and Top Rank promote had included at any time on their agenda to face their consented fighter against the Caribbean, because, behind the scenes, they had planned a more advantageous function for their bank accounts : Avalos vs. British Carl Frampton; program that will be supported by HBO television network, and a very higher purse, despite putting, openly, the AMB in evidence.

Again, Rigondeaux loses his rival, and it seems that once again the Aztec Leo Santa Cruz (28-0-1, 16 KOs) reappears as the “savior” seeking to realize a fight in the remainder of 2014. Something that almost seems a pipe dream, but the team of the Cuban is working hard towards achieving what has already become a goal.