Cats in the Cuban way

An adaptation of Cats, the musical, will be on the stages of Havana Amphitheater every Saturday and Sunday from this year. Since its inauguration last April 29, this cats’ party takes place every weekend at 9 o’clock in Old Havana (Port Avenue between Cuba St. and Peña Pobre St.).

As in the original piece by Andrew Lloyd Webber, there are also the Caribbean representation of the old and wise Deuteronomy, received with reverence for being the one who has lived more lives, who must announce the chosen one to be reborn; the old Grizabella, despised by her community for her attitude of leaving it in a quest for an easy life; and Rumpleteaser, a playful and wrecker kitty,  among other members from that feline community, whose history has become one of the most represented musical of history.

Cats in the Cuban way? “No, simply Cats in Cuba,” says Alfonso Menéndez, director of the staging in the Amphitheater, performed for the first time in 2011, who explains the intentions of this adaptation in the Island in the brochure:

It is a play performed almost all over the world that we also deserve, and that, so admirably conceived, written and musicalized, there is no need for refinements or reinterpretations, but a coherent adaptation to our stage and our possibilities.

In the theater we work in an open plane, the spectator’s visualization covers every space, and that is the real challenge of adapting to a space like the Amphitheater, in which actors will have to substitute the special effects with their performance, we will not be able to “cut” for a make-up retouch, or isolate ourselves from the rest of this great stage with a close up. That is our play, with the fourteen musical numbers from the original, with our resources and with a mostly amateur cast. Is it difficult? There lays, once again, the seductive of the endeavor.

In the Bertolt Brecht Café Center, the Berenjena Theater Group –directed by Anaysy Gregory Gil– premieres Sangre (Blood), based on a work by the Holguin-born Yunior García, which addresses various issues of Cuban society such as motherhood, sexual responsibility, religion, adolescence and ideologies.The piece, which takes part of a larger concept defined by the director as Trilogy of Identity, is presented from the last May 5 throughout the whole month, on Fridays and Saturdays at 8:30 p.m. and Sundays at 5 p.m.

A comedy especially conceived for the young public is the proposal of the company Rita Montaner for this May and June. Bad omens, by Yunior García, with the staging by César Cutén Díaz, brings us a couple of young people about to get married, who feels a bad omen about marriage after a nightmare. 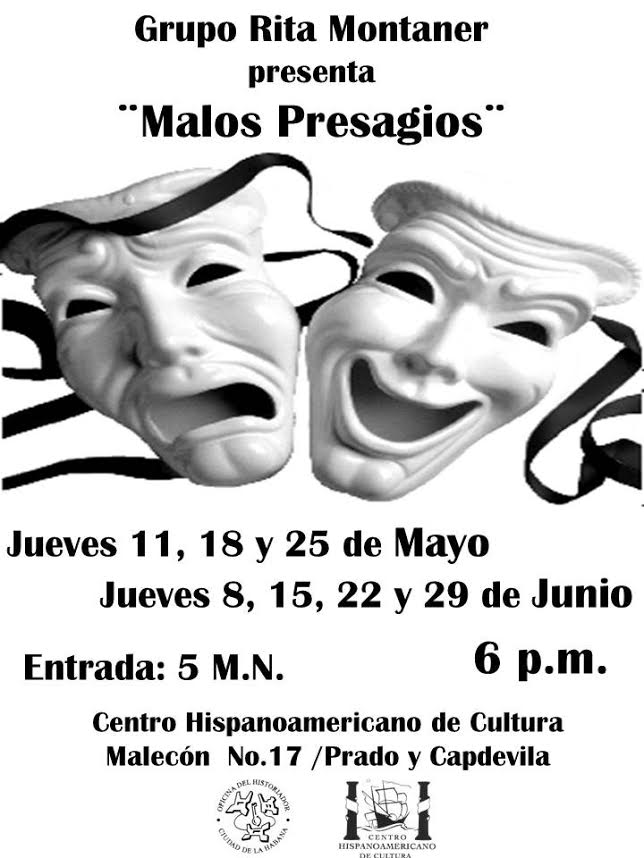 New lives of Liuba in Casa

The most recent album by the singer-songwriter Liuba María Hevia, entitled Parallel lives, is presented today at 7 pm in the Che Guevara Hall of Casa de las Américas. 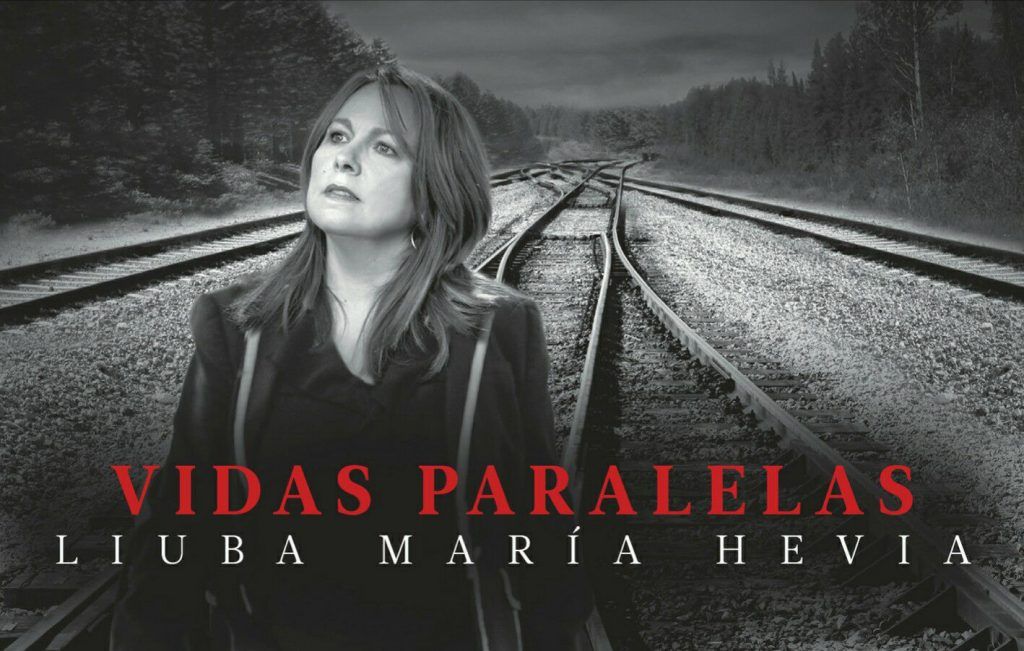 The material is composed by 68 songs distributed in two double volumes in which Liuba shares songs of his own and other artists that accompany him in the phonogram, such as Cubans Silvio Rodríguez, Pablo Milanés, Carlos Varela, Amaury Pérez, Raúl Torres, Kelvis Ochoa, Frank Delgado, Israel Rojas, Isaac Delgado, Gema Corredera, Beatriz Márquez, Ivette Cepeda and Omara Portuondo, who shares the song “Twenty Years”, by María Teresa Vera.

Parallel Lives, Liuba said to the website La Ventana from Casa de las Américas, is a tribute to the song of author, a reverence to the trova as part of the homage for the 50 years of the birth of the New Trova in Casa de Las Americas and the best pretext to work with a large group of Cuban and foreign artists admired by it. Only five of these musicians will accompany her in the concert in the Che Guevara Hall: Cubans Raúl Torres, Polito Ibañez and Ireno García; along with the Brazilian Maria Marta and the Venezuelan Amaranta.

Parallel lives is a record created by Life itself. I never convinced myself to do only duets, although I had already done so in other times during my career and I was proposed for this material by many specialists. I came up with a better idea: sharing in the album not only a song of mine, but also to sing with the colleagues that I admire the most, a song of his own. Hence the reference to the title, because in parallel we were all creating, coinciding in time and space, we listened to, we felt. Almost unintentionally I saw myself doing an anthology, and this is a rarity of the album, because many colleagues have made anthologies, but only with their songs and in this case I had the pleasure of singing their songs and choosing the ones that have inspired myself the most, Liuba told the Casa de las Américas website.

The Christian disc by Danay Suarez

The Spring Festival 2017, which takes place from May 11 to next 14 in Black Mountain, North Carolina, will have the Cuban Danay Suarez among its guests. 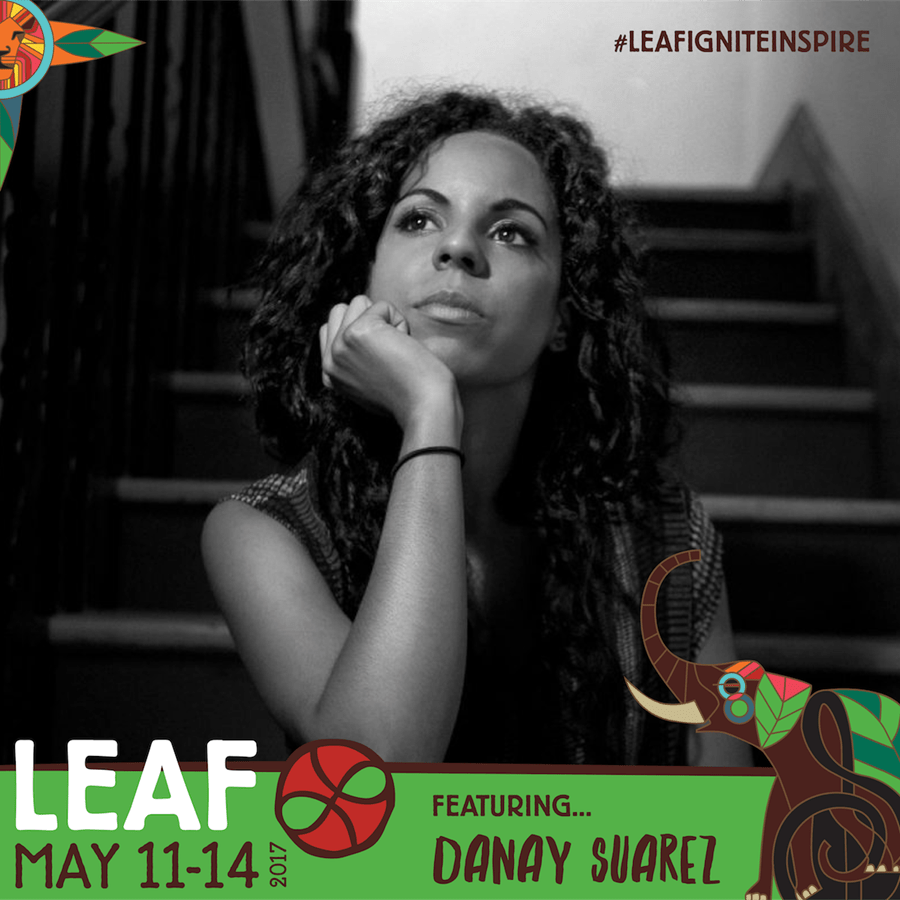 The rapper will present her new album Palabras manuales in this space, recorded under the Universal Music Group label and composed with 13 songs, including “Días”, “Himno” and “Interlude”. The album summarizes up Danay’s new line of Christian creation expressed in the past Viña del Mar Festival, a space in which she generated a controversy because she was presented with the song “Yo aprendí” given as a favorite, but then she presented with the interpretation of “Dejando al mundo”, filled with marked Christian content. 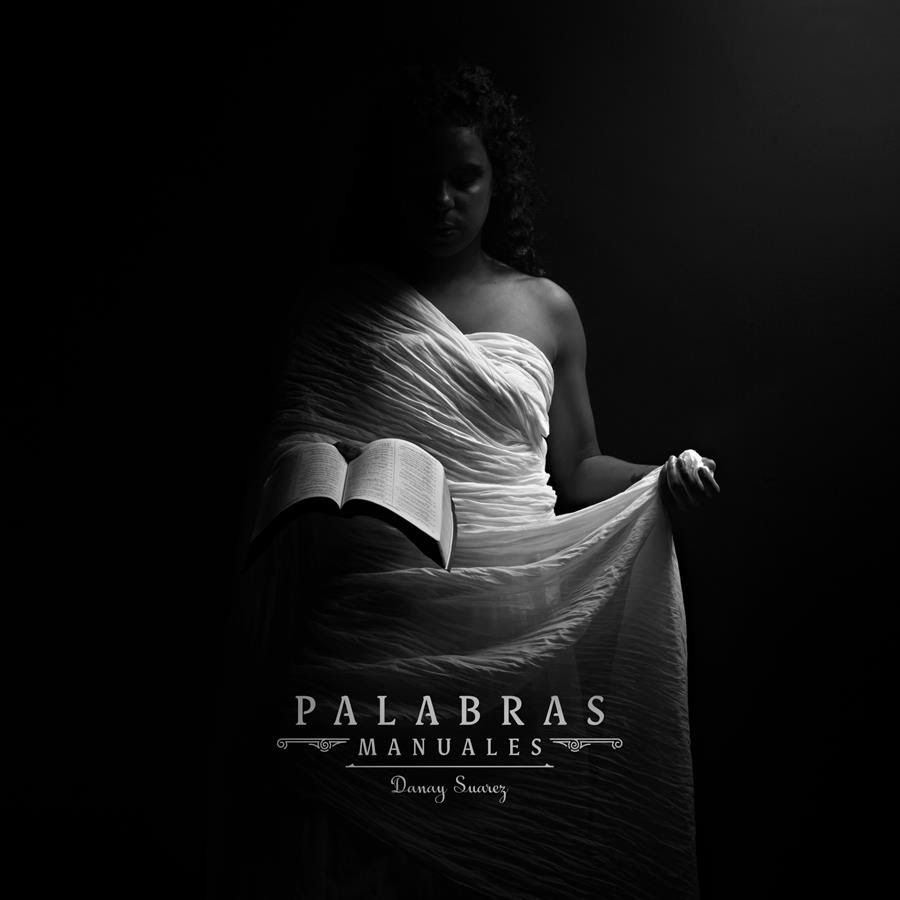 This Sunday at 8:30 p.m., the flamenco singer Reynier Mariño will offer a concert with invited artists in the Casa Rosada in 10 de Octubre (Santa Catalina St. corner to Mayía Rodríguez St.). 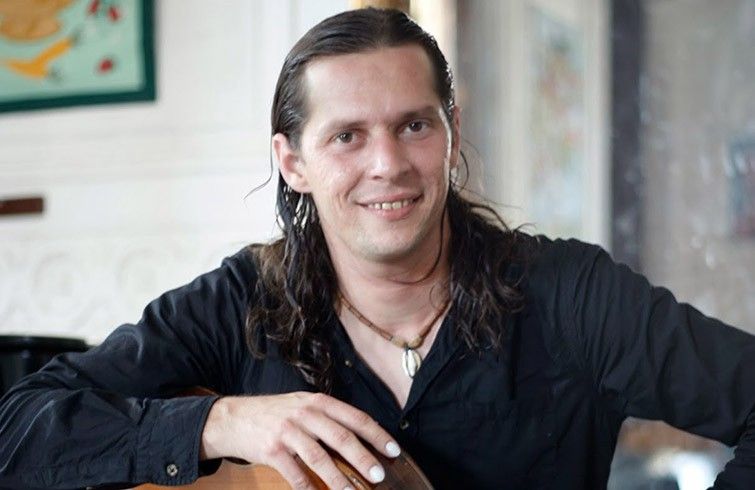 The guitarist Emilio Martini and Natural Trio will present his new album Notas al viento (Notes to the Wind), nominated for the Contest Cubadisco 2017, on May 14 at 5 p.m. in La Casa del Alba Cultural. 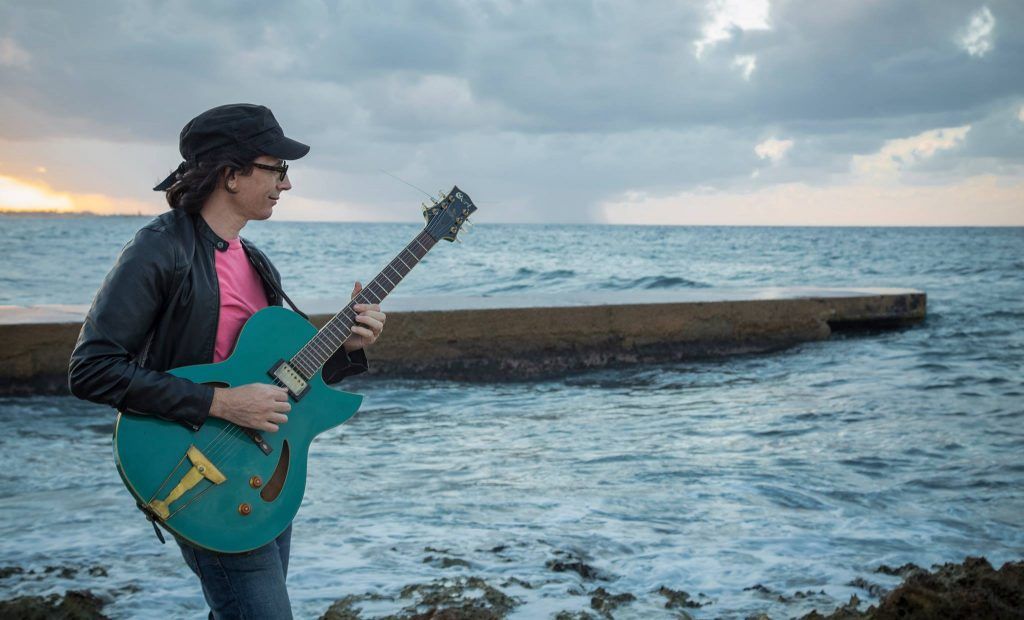 The pianist Alexis Bosch will be in concert at Pepito’s Bar Barbaram, at 9 p.m.

The troubadour Frank Delgado and actor Luis Alberto García will be in his usual space “The Machine of Melancholia” in El Sauce, on Sunday May 14, at 5 p.m.

ADN of Alain Perez in the Mella Theater

Cuban musician Alain Pérez will present his latest album entitled ADN, the artist’s fifth solo album, in two concerts scheduled for May 18 and May 25 at 8:30 p.m. at the Mella Theater and the Salón Rosado de La Tropical, respectively. 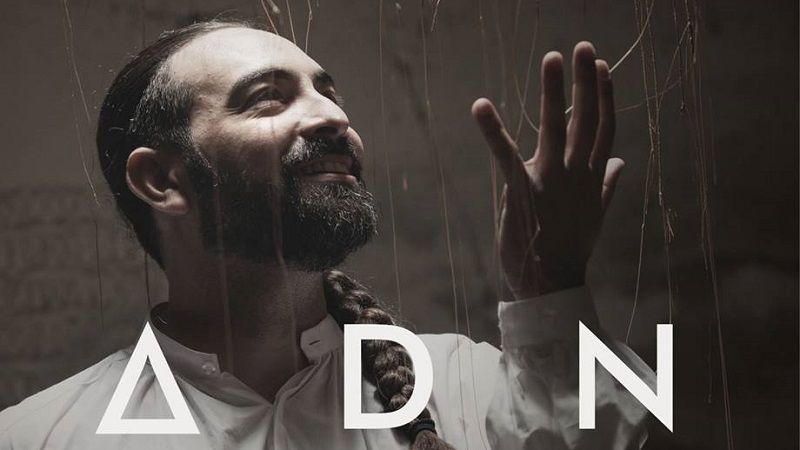 Heartbeats in the world

After eleven years without presenting a new show, the Lizt Alfonso Dance Cuba Company will perform next May 13 at the Great Theater of Havana Alicia Alonso the world premiere of Latido (Heartbeat).

The show, with nine scenes and just over an hour long, will feature on stage the compositions of César Lopez and live music.

“Once again we have chosen a path of much experimentation. We have left behind a lot of things and we have collected others that we needed to continue the heartbeat”, choreographer Lizt Alfonso told a news conference.

1. Special presentation of "Latido", by Lizt Alfonso before the press on April 27, 2017. Photo: Enrique Smith.

2. Special presentation of "Latido", by Lizt Alfonso before the press on April 27, 2017. Photo: Enrique Smith.

3. Special presentation of "Latido", by Lizt Alfonso before the press on April 27, 2017. Photo: Enrique Smith.

Latido will be presented during three consecutive weekends, from May 13 to 28: first only on Saturday and Sunday (May 13 and 14) and then from Thursday to Sunday (May 18 to 21 and May 25 to 28), with functions at 8:30 p.m. on every Thursday, Friday and Saturday; and on Sundays at 5 p.m.Eberto Garcia, dramatic advisor to Latido, details some of the pulsations of the piece in the brochure about the play:

Among these crosses, the life and drama that records it emerge with their heartbeat. The urgent tensions to go ahead and feed feelings lived intensely or accommodated in the most jealous of our memories beat. This is how conflicts and births also emerge to cover our experiences with light and opacity.

That is why the last can also be the first beat. Life and death as variations, fragments and recurrences. Nothing definitely ends. Everything returns, stays, resists, changes, is born again.

The weight of the female body

In a review of the theme about the female body, one of the recurring topics of artist Moisés Finalé, an exhibition of his authorship entitled The weight of her body will be inaugurated on May 19 at 5 p.m. at the Hispano-American Center for Culture.

Galiano Gallery on a human scale

Today at 6 p.m. Galiano Gallery will inaugurate a new exhibition: A escala humana (On a human scale), with works by artists Niels Reyes and Alejandro Gómez Cangas, from Santa Clara. 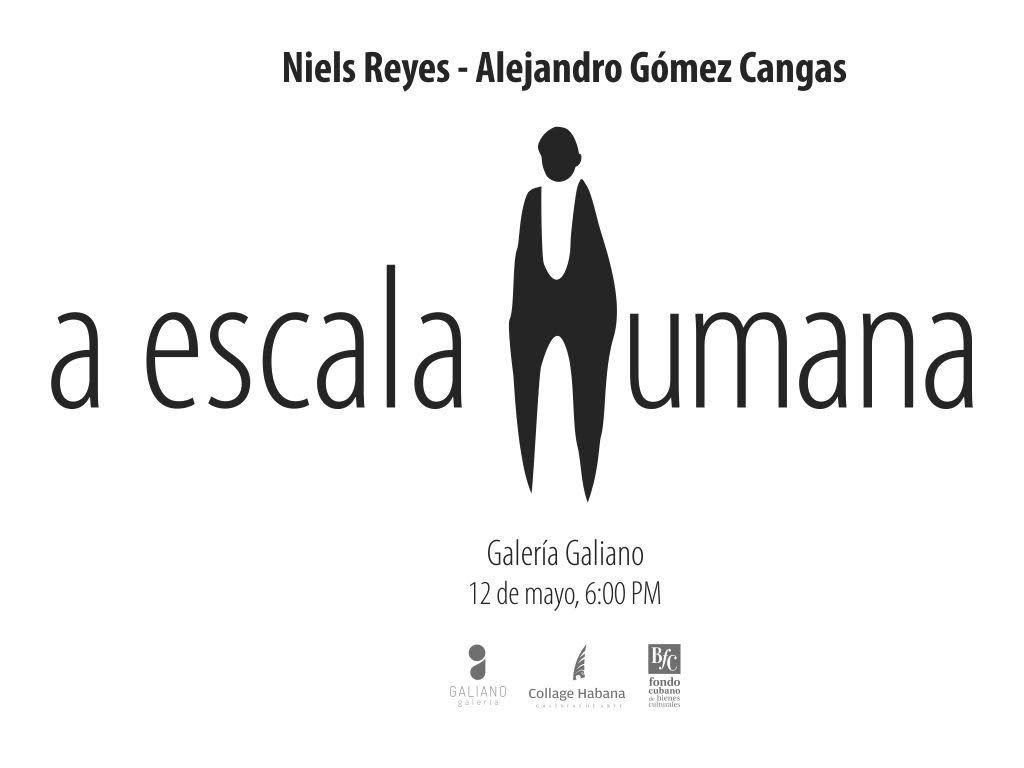 Related lines are recognized in these young artists’ compositions. Inertia and movement oppose or converge in a similar sense of uncertainty. The same figure can look at us inquisitively in a work by Niels and also turn our backs on one of Alexander’s canvases; the possible narratives remain in what we can imagine through those faces, expressions and attitudes, said Sandra García Herrera and Elisa López Rodríguez, curators of the exhibition.

The 20th edition of the French Film Festival, started in Cuba on April 27, continues in its third week of premieres in Havana. Here the billboard for the next seven days in the cinemas of Havana: 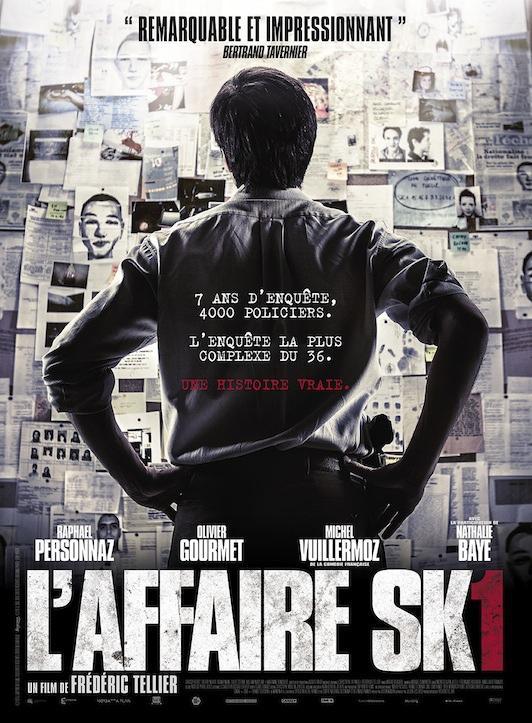 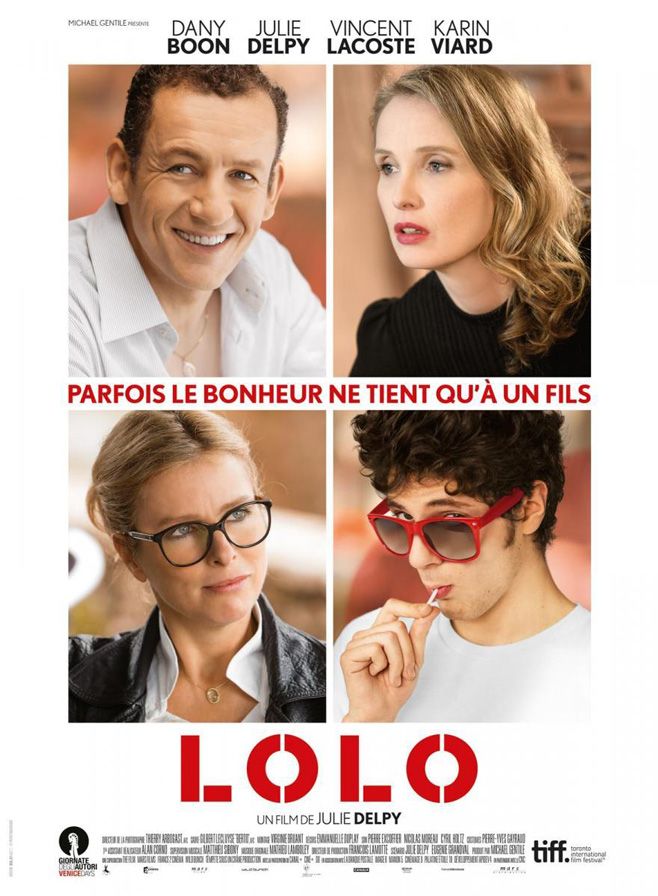 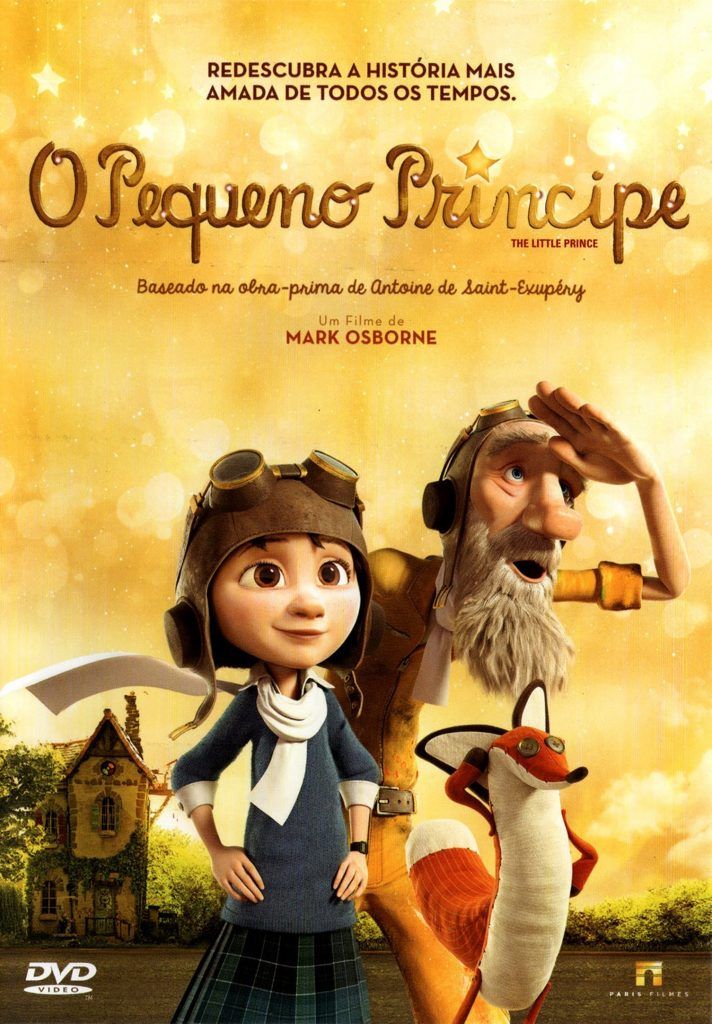