Rafael González Escalona
in Technologies of Communication and Media
0 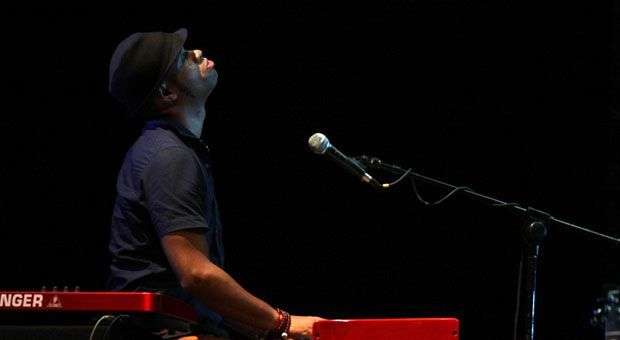 It has rained a lot since the end of the last century a young Roberto Fonseca got allied with Javier Zalba to create ¨Temperamento¨, a band that has, among others, the merit of expanding the boundaries of jazz made ​​in Cuba. Yesterday, while people crowded the entrance of Mella Theater to see the return of this band, some friends speculated about what they could offer at this point. The result was a concert that, despite its climactic moments, being an ambitious and comprehensive artistic bet, the skill of the performers won the applause of the audience; I cannot keep among my epic experiences with Fonseca, Zalba and company.

All the aforesaid do not mean that the concert would not satisfy the expectations of most of the public, mainly due to the natural magnetism of Fonseca, Zalba´s return-who never left, but he was not in ¨Yo¨, an album with too many commercial concessions; the performances of Chicoy (electric guitar) and Ramses Rodriguez (drums), the special guests Pedro Lugo “El Nene” (singer) and Roberto Garcia (trumpet and flugelhorn) and some spectacular passages as Fonseca walking through the stage with a radio in his hand tuning “El Manisero” or the dancers dancing the theme “Danza del espíritu “.

Fortunately, after the experiment of ¨Yo¨, Javier Zalba returns to the group. As always, it is a pleasure to watch on stage this master of sax (and clarinet and almost anything that is blown and sounds), he is able to sustain notes and spirit of improvisation as anyone. By the way, if there is something positive in the experiments carried out by the group is the addition of Jorge Luis Valdes Chicoy. He is one of those guys you want in your band, is the quintessential jazz guitarist, who has the exact solo and the accompaniment that rounds off the rhythmic basis.

Ramses Rodriguez is confirmed as a member of my personal pantheon (along with Rodney Barreto and Juan Carlos Rojas “El Peje”) of contemporary Cuban drummers, his way of conducting the tempo, his inexhaustible ability to maintain a demoniac pace, his small and imperceptible jewelry while another musician executes a solo, all these details make him one of the favorites of the Cuban scene.

In the electric bass and double bass, Yandi Martinez has shown that time does not pass in vain, he shows a significant growth in his performing, however I still think he cannot be considered an all-star as the rest of the members of the band, it is evident he displays too much effort in keeping pace of the rest, and the band feels that.

Roberto Fonseca is still one of the most interesting pianists in Cuba, a true experimenter, someone who grasped the teaching of Chucho Valdes and is constantly looking for what a Cuban musician can do to extend his borders. However, in order to catch more sympathy in the audience, to present his new projects, to revere so many people or flirting with other artistic proposals, I’m not sure, he launched a musical show in which spectacular stuffs exceeded at times – too many times, musical terms.

¨Temperamento¨ is one of the great jazz bands in Cuba, no one doubts it. They have managed to forge their own style, an identity, and public thanks that, especially in these times of infinite copy . But in the concert of Mella Theatre they did not show their best performance. “Little noise, too much show, repetitions and solos”, a friend told me after the concert when I asked his opinion. I think he was hard on Temperamento, but not so much. 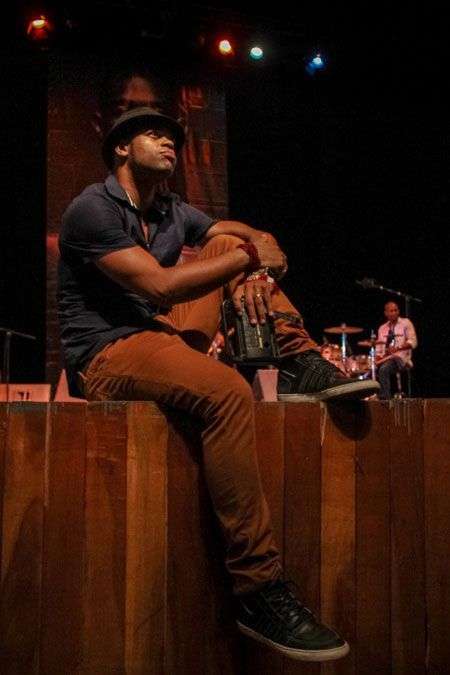