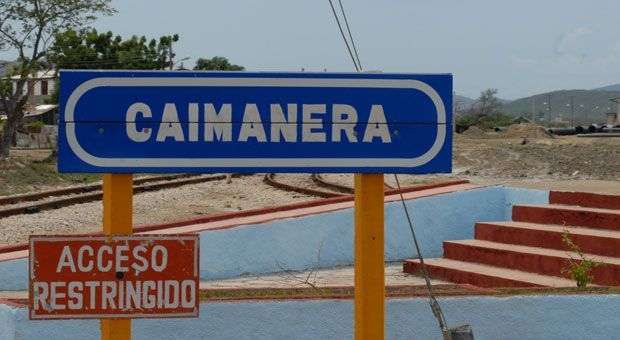 People have to cross two military checkpoints to access Caimanera, one of the most famous Cuban towns internationally because there is, since 1903, an American naval base. The military facility, also known as Gitmo, occupies 117.6 square kilometers of Guantanamo Bay, one of the largest in the world.

Caimanera is bordered to the north by the province of Holguin and the Atlantic Ocean, on the south by the Caribbean Sea, on the east by the Windward Passage and west to Santiago de Cuba. Its climate is semi-desert, very hot, because this is one of the country’s regions closer to the Ecuator.

Its vegetation is usually yellow, cut across by several rivers and salt deposits dominate the territory. This explains the success of the Cerro Guayaba and Frank País saltworks, the latter ranked as having the largest domestic production.

Sometimes when there in the base are military exercises or a mine goes off, the sound is felt throughout Caimanera-so says the people there. Also you can see from the houses the fireworks that accompany the celebration of July 4, a U.S national holiday.

Just over 11,000 people live in this town south of the eastern tip of Cuba, there where almost nothing is ordinary, not even wages. Workers, for example, charge a special allowance consisting of thirty percent above their monthly salary, and all people, without discrimination by age, benefit from a meal plan that incorporates special doses of meat and milk to the basket subsidized by the Cuban government.

A permit, issued several days in advance by the authorities of the province or municipality, where the data of the applicant to pass, date of arrival and departure plus the name of the friend or relative who is visiting, it is essential to enter the town, while residents carry a document that guaranteed access without setbacks.

Recent information released by the National Bureau of Statistics and Information (ONEI) on Caimanera details its main economic activities of agriculture and animal husbandry, mining and quarrying, manufacturing, construction and trade.

But it is now because before, a little over half a century ago, one of the most famous businesses in this town was prostitution. So Ofelia Garcia Campusano, director of the December 19 City Museum tells us.

Until the mid-twentieth century, according to her, in the southern part of the city there was a “tolerance zone” neighborhood full of taverns and brothels as the “Cachalotte bar”.

– Precisely there, she explains, the prostitute Maria La Grande became famous, but almost none of the women who were engaged in that were born here.

– Did you see the existence of the base with the flourishing of this business? we asked her.

– Yes, of course. The girls came out of the countryside and came to Caimanera to look for work. Men also did so because here we had more than two thousand businesses of all kinds, related to the port and the base, but women always had worse luck and ended up in the slums. Once “used” they could not return to their homes. Things of the time.

– What hygienic conditions had the tolerance area?

– Oddly, it was a better neighborhood, which was a rarity. The money in this region was never invested in social work but to protect the Marines, this area was the first which had a doctor, paved roads, access to clean water, and to a regulation for prostitution of which we have copy in the archives of the Museum. Prostitutes were even granted special film runs.

Caimanera has two main streets. One is called Correo and is where government offices are, as well as Radio Bay, the child playroom, theater, cinema and, of course, a small park in the center. That is what we might call the “center” of the village, a place where we also see some self-employed workers.

“Until two years ago life here passed between industrial goods stores, the bakery, the square, the winery, a barber, hairdresser, and some cafes but now there’s more: there are the private taxi drivers, and those selling records, clothes, food … ” Nayade, a youngster, tells me.

And indeed, according to the National Tax Administration Office, there are more than 440 self-employed and the majority, 150, is dedicated to transportation. Like in the rest of the country the goods they sell or products to make them, they have get them in the city of Guantanamo or brought in from outside the country, mainly from Latin American nations.

The other main street is named Carretera and is through which you enter the village. Following it you come to the seashore. Once there, looking at the horizon, you see the remains of some traditional houses, built as it was made south of the United States: wood, practically in the water but on stilts, with large windows, and covered with sheets of zinc.

That became one of the few places in Cuba where people watched Channel 8, broadcast in English 24 hours a day and capture still sometimes broadcasting of Radio Bay, also in English.

People, there, have great memory, because abound elderly who were longshoremen in the “Cuba of youre” and relatives who had retired in the military installation, but almost no one fears-oddly enough-to live so close to the naval base. Unless as you grow older someone scare you with the possibility of a ground attack that begins at your home … or close to it.

To reach some isolated communities of the village, the villagers move in boats and a small catamaran. To the city of Guantanamo, on the contrary, they go by bus or train. Their days are peaceful days, apparently without much to do because there are always people on the street, shopping, walking, with fishing poles on their shoulders, or sitting in doorways.

Around eight in the evening, almost with the newsreel on TV, the people fall silent, people disappear from the roads, distant music from the hotel or coffee shop La Ruina struggle against the sound of the sea, and that’s when Caimanera looks like really is: small, simple, kind and with that “something” that differentiates it from other towns in Cuba.

One cannot walk under the Caimanera intense sun, and ask for the base or the clashes between Marines and Coast Guard, without people including in their testimonies the peculiar history of military-political situation they are living in.

Anyone tells you that Naval Station of Guantanamo Bay was established after annexing the Platt Amendment to the Cuban Constitution of 1901. This document stated the U.S. right to intervene in Cuba as a condition for the withdrawal of troops stationed here since the end of the war against Spain.

It also established a Permanent Treaty to include the articles of amendment under which the land was leased to the United States “as long as it is needed” to “establish in them coaling or naval stations” and wherein said government recognized “ultimate sovereignty of the Republic of Cuba on land and water extensions described above” but this would have to allow “exercise of complete jurisdiction and dominions” during the time they occupied those areas.

From there: in 1903 an agreement was signed for coaling and naval stations and the Permanent Treaty. Later, in 1934, they repealed the old covenant, and signed a new one- also permanent – where they suppressed the right of intervention but it kept the base as “the contracting parties do not reach an agreement for the modification or repeal of the provisions of the Convention “.

The rent of these lands amounted, in the 1930s, to the equivalent of just over U.S. $ 4000 and its completion required the consent of both governments or abandonment of the property.

In 1961 Cuba breaks relations with the United States and stops charging for it. Havana, from that moment, constantly denounces the violation of Article 52 of the Vienna Convention of 1969, which abolishes a treaty if it was done by force or intervention, as was in this case the inclusion of the Platt Amendment in the Cuban Constitution a century ago.

Since the 1994 immigration crisis, by agreement of both governments they began regular meetings between military commanders of each party and has managed to maintain a safe environment around the perimeter of the U.S. installation where there are two airfields, docks , jetties and moorings with berthing capacity for different types of ships. 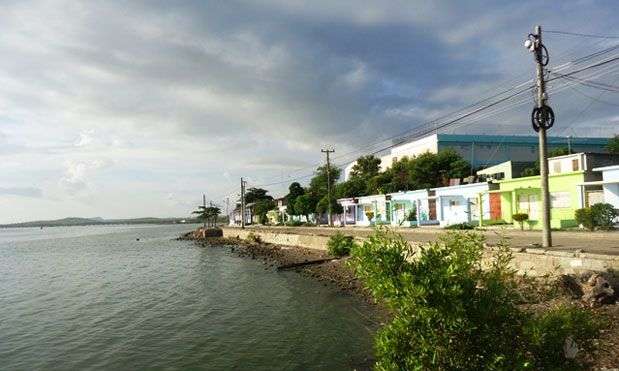 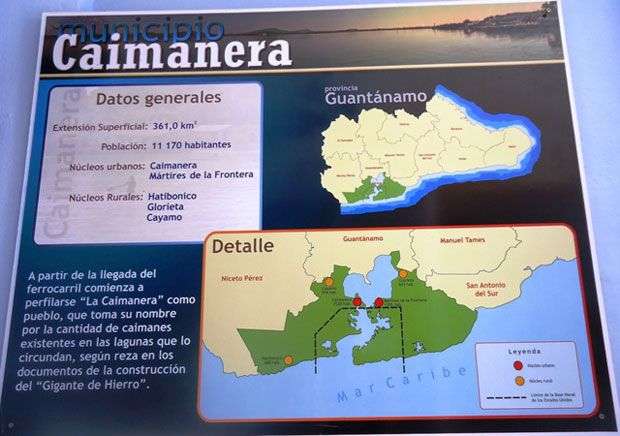 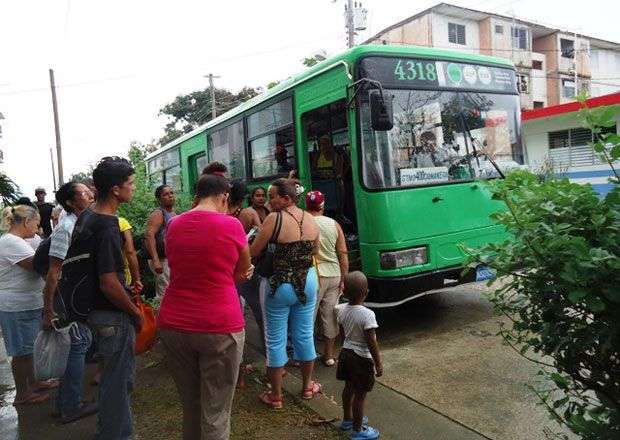