Jorge de Armas
in Technologies of Communication and Media
0 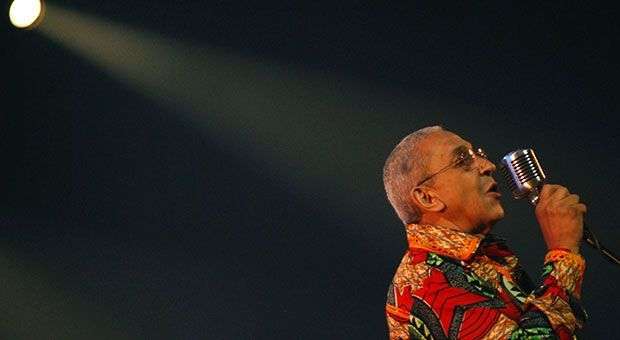 This year is not yet satisfied; it is determined to take my memories, who can bear that much? Memories cry, and now I just have left to be afraid. This year is going hard, trying to kill everything I dream of.

There are not even words left; it’s too much death, too much absence.

Juan Formell had the honor to not let our music be lost. In 1978, the first program of Para Bailar, when all Cuba listened to Boney M, Michael Jackson and the Bee Gees, those hard seventies, gray and so American in terms of music, if someone rescued Cuba for its music, its son music, popular speech , that was him.

Juan Formell put Cuban music on the map when major record labels of America tried to hide where “salsa” had come from. A few insisted on saying that “son left Cuba” and he, by dint of talent, showed it was alive, that it was made from the Island and from his teachings everything else came. Not only Cuban music mourns, all Cuba does.

Whoever wants to know what Cuban identity is by force will have to listen to his music. He was the chronicler of an era, in our history, at least in my history. You could speak of contributions Pupy made in the piano or the prancing rhythm in percussion by Changuito, including his way to stress in the bass the songo, which is son, which is Van Van, which is Cuba, but what for? if his death has left us all deaf.

If ever Miami, the city where I live, forgot about Fidel, communism UMAP, the CDR, the eighties, of so much accumulated rancor, it was in 1999 when it got delirious with Formell and Los Van Van. For the first time Miami was Cuba more than ever, more Havana, more authentic. Juan Formell also left us this, a different migration, without fear of overcome and outdated pasts, looking ahead, to the common good.

How the heck wouldn’t I be grateful?

Havana is silent. My city knows that nobody will sing their hopes, their loves and miseries anymore. Juanito has decided to look elsewhere, put music to other mysteries, with so many more dreams to sing to.

Death is something that steals our souls apart, hinds us, leave us breathless, destroys us. The sound of the Cuba I lived in and will be for the good, for the Cuba I dream of, the one that revives. Let him be as in the cult of the Orishas, a stone, a foundation, and from it to life.

I do not know how put it another way: Cuba today is more Cuba thanks to him.

Read the latest interview given by Juan Formell to OnCuba here