Mabel Olalde Azpiri
in Technologies of Communication and Media
0 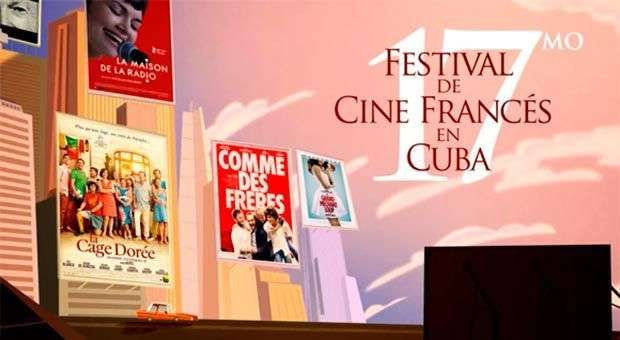 During the first weekend of the 17th. French Film Festival, the closest rooms to the corner of 23 and 12 opened their doors to fun and laughter. While in the Riviera and the Infanta Multicine people enjoyed The flavours of the Palace and the interpretation of Catherine Frot; Renoir, which reveals the history of the French painter and his latest model in the French Riviera, 1915; Camille returns, with 13 Caesar nominations, its Lumière awards, their awards at festivals in Cannes and Locarno; plus The Battle of Solferino, with which the actor Vincent Astor Macaigne won Silver at the Festival de Mar del Plata; in adult exhibits in 23 and 12 and Chaplin, reigned comedy genre with almost absolute projections As brothers (Hugo Gelin, 2012), the seductive wolf or the true story of the three little pigs (Nicolas Charlet and Bruno Lavaine, 2013) and The Golden cage (Ruben Alves, 2013).

These works have in common the ease and freedom with which the theme of death is addressed. In all three cases, the loss of someone close, or is imminent-irreversibly disturbed, as you can imagine, the life of the protagonists; and from there all the latent problems rise to the surface by the action of seismic unfortunate event. It is with breaking the status quo until then it is time to examine the behaviors of those around them and themselves, to reinvent the immediate future wins.

Although the films coincide in this respect, in the subordination of their stories to the generic requirements of comedy as well as their conventional narrative and staging mechanisms, diversity emerges between them due to the way they trea tof that matter.

For example, in the Golden Cage, the death of a sibling is converted into such an insignificant event that could be replaced by any other pretext through which an inheritance available to the marriage in the narrative focus is placed. Thus, the death ends becoming a detail, is forgotten after a while and concentration liesthe problems to come. Moreover, the children of the woman in the hospital at the beginning of the Seductive Wolf did not seem to grieve over the fact that death is dangerously close to his mother. It is precisely because of the hospitalization of the elderly, when a desperate search for happiness, pleasure or accessory vitality begin.

In contrast, As brothers- chosen to inaugurate this year’s event-turns the death of Charlie into the cornerstone of his dramatic construction. It is thanks to the girl through it without it, and only after he accepted his absence, three men manage to cover the space that separates them from their true essences. Although Charlie does not share genes with none, it is impossible to deny the status of “more than a friend” that everyone has been given.

The main emotional springs that handle the four directors-with more or less accuracy- is the construction of situations that provoke reactions found and even contradictory; which can go from laughter to tears, identification with the aversion, understanding the question, and even overlap in several possible ways.

As brothers is the one that more rightly maintains its playful mix of sensations and implanted in the lunettes while doing everything possible to get a tear with a healthy laugh. Moreover, with the Golden Cage smiles become vehicles for channeling nostalgia and sense of belonging in relation to the place of birth; which is topped by a possible reflection on more “serious” issues such as national identity and immigration, just as Europeal-l more or less open-discuss and rethink concepts such as ‘nation’ and ‘immigrant’ . Anyway, the film is not even close a great a shocking allegation on such great concerns on the contrary. It is conceived with afunny approach to a nuclear family with universal conflicts. Finally, the Seductive Wolf is the one that least pursued this communion of emotions.Its purpose is to openly and above all, make people laugh. This comes even flirting with the limits of the improbable, as they say “you will not believe me.”

These films deposited their trust in the comedy generated by tangles and complications that delay the achievement of those objectives assumed by the characters from detonating funeral. Not the ingenuity of his dialogues which causes more grace, but their status as underdogs to the labyrinthine mutations of destiny. The alleged ‘incapacity’ of these ordinary people to exit gracefully, easily provides entertainment stories whose development can go quite easily sensing. Thus, you can maintain the seats occupied until the end, when shared with everyone in the pleasant Parisian light, the secret to reach happiness witha battered few tools.

In some cases, overcoming obstacles come from the environment, the operation of the cosmos might say. It seems that a higher entity enjoy with Boris suffering setbacks, Elie and Maxime- the travelers of As Brothers-, especially since the passing of each “test” contributes to the progressive emotional approach between the three men who encourage this road movie.

But for Maria and Jose Ribeiro,the parents of the portrayed family in The golden cage, its contestants are precisely those close to home who conspire to immobilize them. However, they manage to accomplish that trip spiritual connotationthey much needed. That happens as they prepare and execute the physical displacement, which apparently is a purely practical matter.

And for the triad of brothersfrom The seductive Werewolves, all the problems that eventually arise in their lives, are consequences of the decisions taken. His acts, led by perspective errors, disagreements and even contempt toward the truly important, flow directly into the path of moral backbone that serves the story. It could not be otherwise in a film that reviews the story The Three Little Pigs.

One way or another, these films manage to overcome the obstacles and most of his weaknesses to bring to completion the desire of those who came for recreation and again displays the French Film Festival. After the recess on Monday, Tuesday will reach the most recommended of the three film Riviera: As brothers. While Chaplin film at 5.00 pm will offer the chance to see on the big screena classic, The Four Hundred Blows, François Truffaut’s debut; is a nice alternative to approach the film Hugo Gélin, which leaves a pleasant taste in the mouth after discovering how three seemingly disparate men share itinerary and goal, connected by the beauty, light, candor and affection that gave them a woman.

It touches the fibers of any viewer who wants to have a good time, As brothers paying homage to Charlot’s character when they are three temporarily homeless men as, who are not really helpless beyond the loss of a charismatic and charming lady; when it seems to interrelate each with a particular facet of that endearing subject of cane, hat and baggy pants; when you know that, somehow, the beginning and the leading cause of twinning is also a result of the well-known movie magic.