José Jasán Nieves
in Technologies of Communication and Media
0 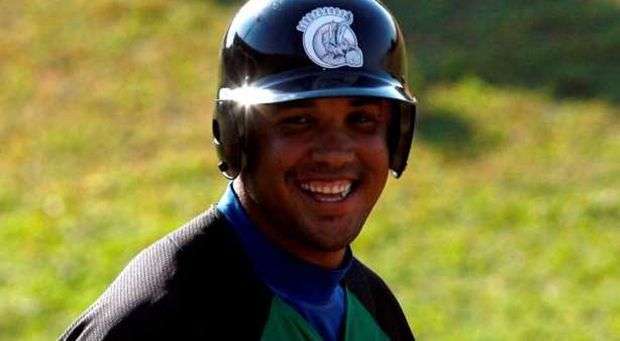 In the Caribbean nation, known for a lot less for his baseball stories, José Dariel sits documents to become a free agent in the Dominican baseball and finally realize an agreement with an American major league organization.

Speculations speaks of multimillion figures to be offered by different MLB organizations, in what could become another surprise by Pito, exceeding in several million the figure of 42 achieved by his compatriot Yasiel Puig.

Perhaps, as suggested by The New York Times, José Dariel becomes the next Major Leagues star from Cuba or just gets the benefits of a market excited by the actions of other Cuban players as Puig himself or Yoenis Cespedes.

The waiting begins, because after obtaining residency in Haiti, the Cienfuegos player waits for the “unlocking” of the Office of Foreign Assets Control (OFAC), attached to the Treasury Department of the United States. To get it, he must certify that the contract will not benefit the Cuban government, even through marriage of José Dariel, technically sound as Pito left without signing a divorce on the way.

Of all these movements and goings thousands of residents in Cienfuegos have been keeping abreast, who after overcoming a stupor by the sudden departure of its new sports star metabolize inquiring state of affairs by athletes available for the upcoming national series.

Emails and calls between Cubans inside and Diaspora together at the time of the irrepressible Radio Bemba, stoke the fire of common or spontaneous gatherings, where the name of Edwin Vassel sounds increasingly, until recently hidden by the fleeing first base brightness.

A few days ago a tall and strong black man, much like the new object of hope in Cienfuegos, was shouting loudly in a passenger truck all last year evoked the marvelous performance of Pito, and thus forgot his awkward first steps; simile confident that eventually they will find the replacement of lost passions.

The slugger’s family stampede (he went by boat with her parents, sister, cousins ​​and a couple) also left stuff to fatten the popular fable, determined to find (or invent) destinations for the loose ends that were left hanging.

Thus, for example, there was even someone who echoed the wife and José Dariel toddler alleged evictions from the house handed to the batsman and his parents in the apotheosis of performance and who never possessed legal documentation. There, mother and child live, yet.

More than one thought that Pito’s biggest fan, a child with physical disabilities named Peter, who enjoyed the huge deliriously fly balls in the Five of September ballparkand that the only remuneration received signal to the decks by the player. Peter suffered, but goes ahead and says it on the radio, but doesn’t want to speak about it.

Others also were at the receiving end of a professional lash as a result of the disappearance of Abreu. They are a duo of brother troubadours by the name of Los Novo and enthusiastic composed for their ball team the Song of the Elephants, now converted into a symbol of an era rather than a current reference.

First  the “crazy” Puig came out of the song and then he was followed by Osvaldo Arias, a catcher key in the resurgence of Cienfuegos and who stormily left the team because of home conflict and other worldly pleasures.

The “collateral damage” caused by Pito will not heal just yet, even though he has taken up residence in Haiti. On Sunday morning, when the strings tuned to activate his Trova de Guardia in the central Martí Park, Pedro and Roberto Novo put the tile before the leak started: “Today no one can talk to us about baseball”.

Sotomayor: “The best?, That will never come out of my mouth “