Sotomayor: “The best?, That will never come out of my mouth “ 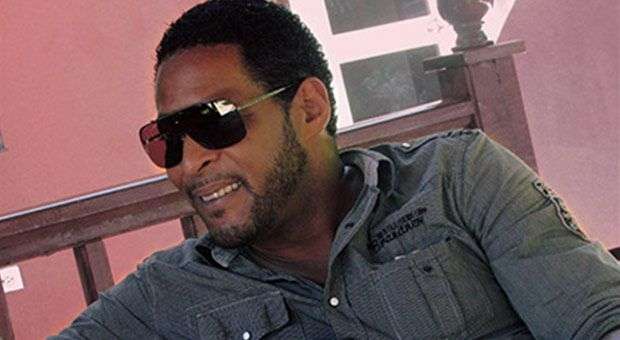 Throughout his life, the biggest and only fear of Javier Sotomayor Sanabria were the heights, only that later he conquered the skies and, of course, a perfectly hid his fear, though other details disturb him in his journey through the tracks and still torment him a bit today.

“The rain, I could not stand it, I was the worst in the world in the wet tracks,” he recalls as we rearrange precisely because at any moment begins a flood and still the ‘Soto’ has many secrets to uncover between tracks, art and business.

“I had differences with my rivals. For example, I attacked the bar very fast in the last steps; I didn’t put my weight on the heels like everyone. I used it to stop, and my last step was large. Theoretically it is said that the three final strides should be more long-long-short, but I did more long-short-long, that was my style and when the track was wet and very slippery it messed up and I saw in obligation cut the last step slow at the conclusion of the exercise, ie jump like everybody else in the world, not as I jumped, “he recalls.

” I suffered the most was in the 2000 Sydney Olympics. I had already reached 2.32 but the rain came and then I could not deal with 2.35, the height with which Russian Sergey Klyugin won the gold medal. However, a goodbye with silver in the Olympics was great, but of course, I could have been two-time Olympic champion. “

– How radical was the change as your career was marred by injuries, especially in the ankles?

Injuries hurt me, especially because they became permanent, it was not just pain in a competition, which is enduring, was the pain that kept me from training, postponing strength exercises, technical and spirometric jumps sessions. It was the pain that takes you away from the tracks, and that in the end takes its toll.

Does Sotomayor have the soul of a teacher and wishes to convey all his knowledge and experience to the young?

I can do it, in fact, I think I’ve had the opportunity and I have not been bad. For example, I would not dare say that Victor Moya jumped 2.35, largely thanks to me, because before he was three months with me training in Europe, only 101 days him and me together. That was my two cents, because credit of course is for coaches.

Now, if I were to coach I would feel a little desperate to work with someone who does not comply. I would look for one that I had the conviction that it will do well, but not win medals, but at least show good technical preparation, discipline and commitment.

– Does the high jump depend more on knowledge someone can transmit or innate talent?

In all disciplines talent is essential, the highest percentage of success depends on that, the rest falls on the possibility or being lucky enough to have a good coach, but the talent is mandatory. My own coaches have had other disciples and have implemented the same systems, the same exercises, and they have failed to jump like me.

– How do you assess the current state of high jump and athletics in Cuba?

The high jump in Cuba does not seem very well. There are young athletes who have jumped only 2.25, youngsters barely above 2.15, and at that age they should be above 2.20. The globally athletics is not bad because there are young figures established that they rub shoulders with the elite, veterans and others that can stay with good results until 2016.

– How long do you think your record can last watching the progression of Ukrainian Bohdan Bondarenko?

I never could answer that question, and I have been long enough being questioned, since 1988 when I reached my first record. If I can assure you that at that time I did not think that in 2013 I would still have the record. With Bondarenko I relived the moments in which people lurked the record many times in a year. It had been a long time since the last, but when I used to compete my rivals tried again and again without success.

Of course, now I cannot defend it myself- he reveals, laughing, because before anyone arrived, it equaled or exceeded and still had the conditions to search an inch, and now there is nothing to try.

– How high would Sotomayor jump at 45?

I retired and some friends wanted me to look for the record of veterans in the 40-45 category, set at 2.13, but I never paid attention. Five years ago, I jumped 2.10 just teasing without training, and now I reach two meters without much effort, but I lack the will to prepare, which is necessary because you risk injury.

– After retirement you go into art …

The music I like but I’m not a musician. When I retired I was in a slump and I didn’t know what to do and decided to try in another world that I love but had not explored by being in the sport. Then I founded Salsa Mayor, a group that I took as CEO for five years until the INDER asked me to be the Cuban team manager of athletics. At that point I left Maykel Blanco as manager and he endorsed in an exceptional way. Whatever I had to move away, I now I have very good relationships with the art world, with almost all conductors, I think I know many athletes and musicians.

I will not deny that I wished to learn to play an instrument, the piano, the guitar, to sit in a club and share, but I will not do it. Anyway, I confess, I do not have the talent to become a great musician regardless how much I study.

Now, let’s be clear, I don’t feel a frustrated musician at all, as I was told once. Frustrated is trying to do something and failing, but I never tried. I enjoyed directing Salsa Mayor, I was always with them in rehearsals, performances, but never played anything or you because I don’t know how to do either, so I felt accomplished and proud because I was represented in this universe.

The Salsa Mayor business occurred to me to do anything else, change of scenery, and now that I have the opportunity to venture into business on my own, where I saw better opportunities to invest was a Sport-Bar, which was what I did and I do, because now we are remodeling, rearranging to reopen in October.

This I also see it as an opportunity to share with people, anyone can come and see me, converse in a sports environment, plan the play off of baseball, football games, it is much more than a bar.

In sports I left with the thorn of the second Olympic title, with a bit more luck I could have done it, but I am satisfied with my career. From that point of view, if I have fulfilled all the goals I have set and just want to see my children succeed, perhaps one of the four becomes a champion like me.

The oldest of all was in the sport, jumped two meters and was crowned in the National Tournament, but he was very lazy and in this world perseverance and will are vital. He lacked that and also did not have the best the influence of his friends, who are excellent, but had no desire to be great athletes, to be champions, it is necessary to sacrifice.

– Stripped of modesty, do you consider yourself the best Cuban athlete in history?

(Silence) It is a difficult question for me to answer. I believe I am in the elite world of Cuban sport and because I have records in all categories and many titles, but The best? That will never come out of my mouth.

See also the first part of this interview: “I would never give up being Cuban”

Change in dialing from mobile phones to landlines