The Habana Clásica Festival (Classical Havana Festival) will take place from April 18 to 23, an initiative of the outstanding Cuban pianist Marcos Madrigal that, in the framework of the International workshop of historic-documentary heritage of Hispano-American music, will be held in the most important concert halls of the city.

Organized by the Office of the Historian of Havana, the Bureau of Cultural Management and other institutions, the festival will have the Esteban Salas Musical Heritage Cabinet, the main hall of the Saint Jerome College, the Martí Theater and the Minor Basilica of St. Francis of Assisi Convent as its headquarters.

Singer Brenda Navarrete and her group will be at the Tablao, this Friday at 10:00 p.m. 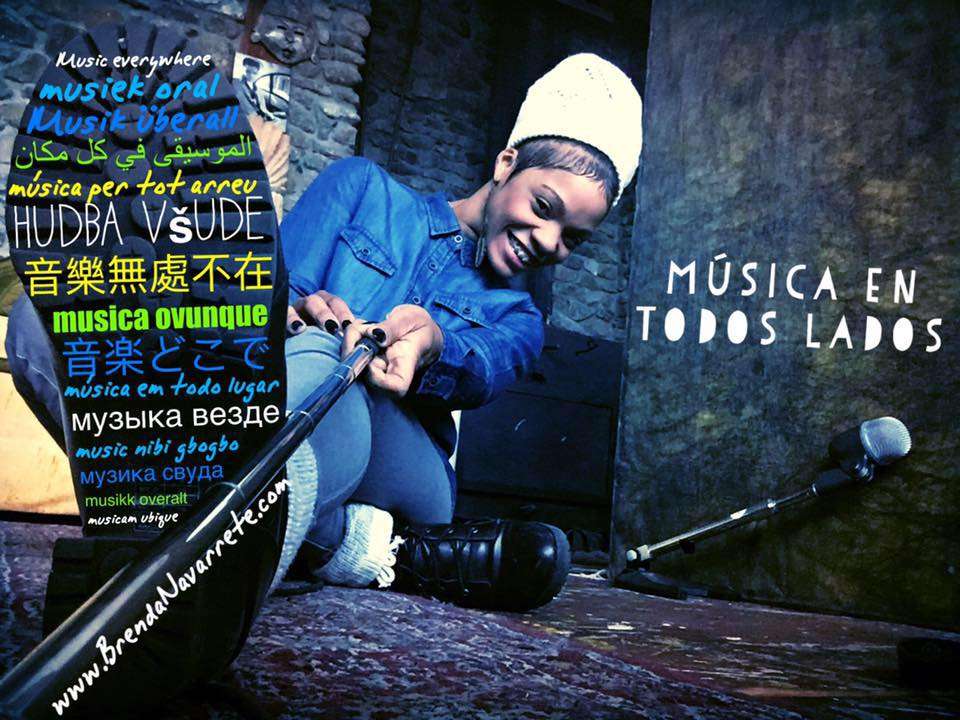 Elito Revé and his Charangón are presented on Saturday 22, starting at 9:00 pm, in the El sauce Cultural Center. 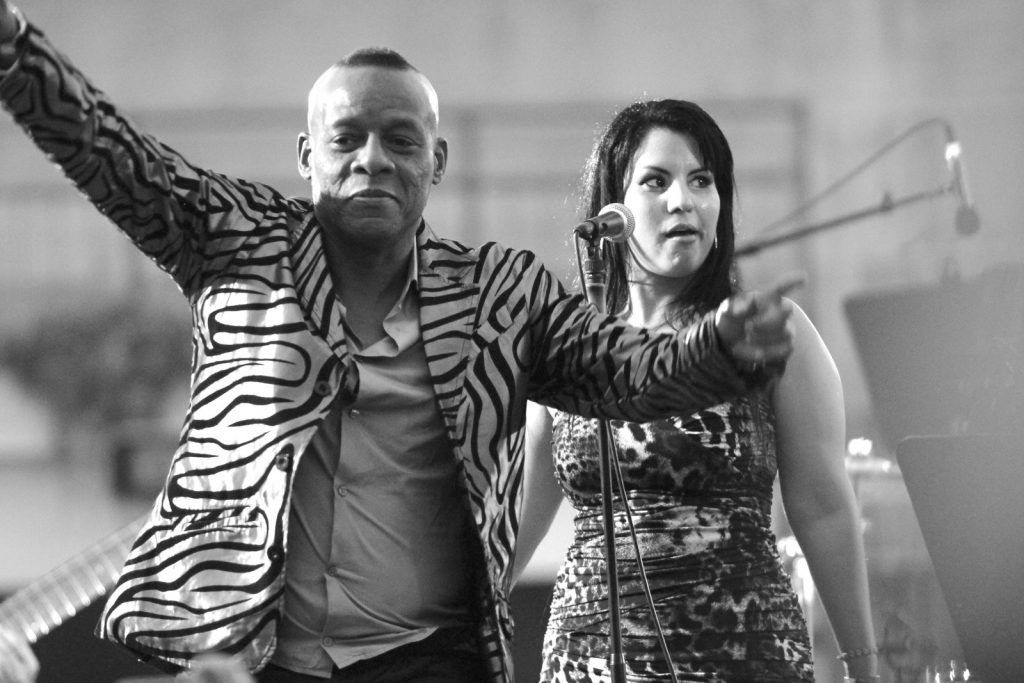 Ruly Herrera and Real Proyect will be on Sunday 23, from 7:00 p.m., at the Barbaram Pepito’s Bar.

Ivette Cepeda and her group Reflection will be in performing from 7:30 p.m. at the Tablao, on Sunday.

The meeting between Herbie Hancock, from United States, and Cuban singer Chucho Valdés will be one of the attractions of the 6th International Jazz Day to be held this April 30.

Under the auspices of the Cuban Ministry of Culture, the Cuban Institute of Music and the Cuban National Commission of the United Nations Educational, Scientific and Cultural Organization (UNESCO), the event will take place from April 24 to 30 at the Great Theater of Havana Alicia Alonso.

The exhibition Conceptium Saliara – Appaloosa, by the artist Glauber Ballestero, will be inaugurated on April 21, at 6:00 p.m., in the Villa Manuela Gallery. 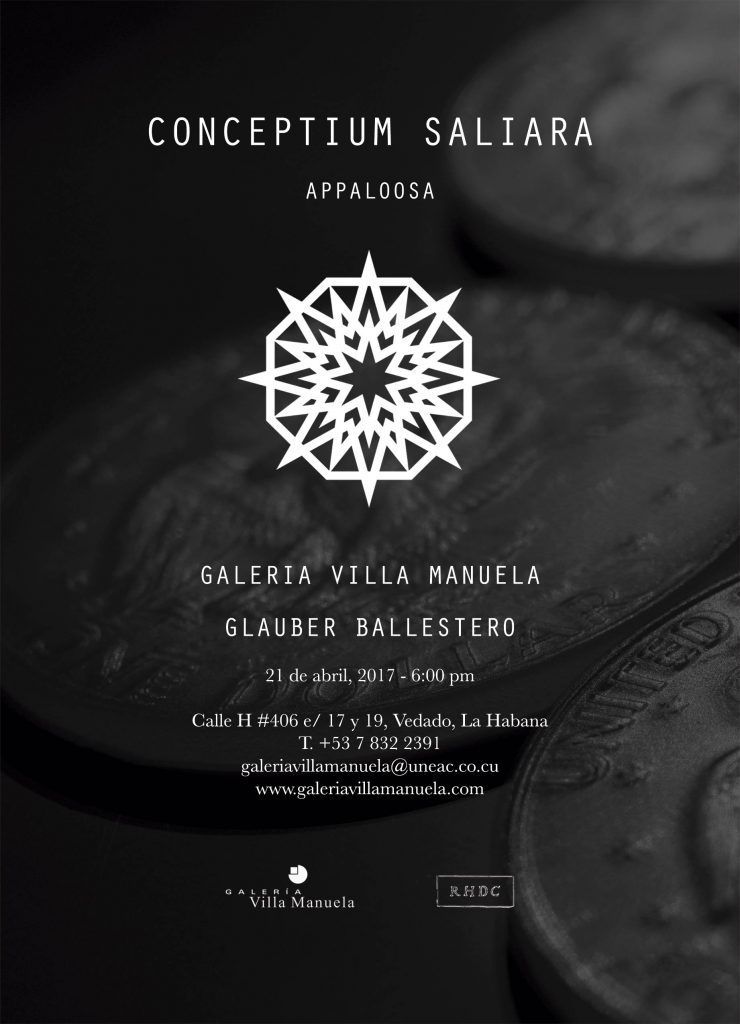 “Admiranda tibi levium spectacula rerum” is the phrase that precedes the experience Conceptium Saliara – Appaloosa, by the artist Glauber Ballestero (La Habana, 1977), taking as a starting point a book written by Andrei Bâlan in 1962, titled Marble beaches, in which the banality in the life of some rich post-war Romania’s elite is questioned, assuming the Baklana divertimento as a pretext, a game consisting of eight people concentrating immobile in a very small and completely hermetic space, creating a suffocating situation over a period of time, bordering the limits of resistance of the body. While playing the participants must maintain almost absolute silence, which is only interrupted by an intervention of each one to say words, an abstract concept, broad, random, that encourages reflection and at the same time connect with each other. Each raised idea will create thoughts of collective experiences, to inevitably penetrate into more personal and individual contexts. It is a moment of purification and cleansing, of redemption, the game culminates when each one drinks the tears of another, arriving at the state denominated Sea of ​​Tranquility. Eight works in oil and pigment on canvas represent the most recurring concepts during the execution.

Baklana has part of its base in a mythological animal called Saliara, similar to an amphibian, that transformed itself to be able to live in two ecosystems, its genesis mutated until having a double system of organs contained in a single body, this condition, with time, causes it a lack of some micronutrients and goes out in its search, convinces other animals to drink and consume their tears and, as a reward, it cast a rain of 88 coins. The installation consists of 264 coins (3 × 88): an Athenian tetradrachma coined between the years 455 to 449 b.C., date that supposes a change from serious to smiling in the features of Athena represented in one of its faces; a US dollar from 1974 representing an eagle with an olive branch perching on the area of ​​the lunar surface defined as Sea of ​​Tranquility, where the Apollo 11 landed; the third is a British coin of 1977, which represents 2 objects of anointing that are part of the ceremony of coronation of the monarch, a spoon of gold and the Ampulla that is an container in the form of eagle that contains a purifying oil, the use of these objects metaphorically marks the beginning of a journey into the eternity of the new king. The installation also has several objects that allude to the situations or moments represented in the coins. Five abstract 2D pieces made in white wax show the evolution of the larval state and formation of this animal, the primordial of its metamorphosis towards something superior, also remembering a topographic study of sectors of the lunar surface.

Creature from the black lagoon, directed by Jack Arnold in 1954 and Anphibian Man, directed by Vadimir Chebotaryov and Gennadi Kazansky in 1962, show supernatural beings, genetically altered and with the ability to interact in and out of the water. Conceptium Saliara takes fragments of both films, assembled in a logical way, showing the evolution and transformation of Saliara, the video makes us part of the birth of this being and even its enjoyment in its new habitat, this moment of ecstasy is called Mare Tranquillitatis. The edition has been done in a traditional way, with original materials in Super 8, and then being molded the amount of tape that contains the delight of this being, to reproduce it repeatedly with white wax. 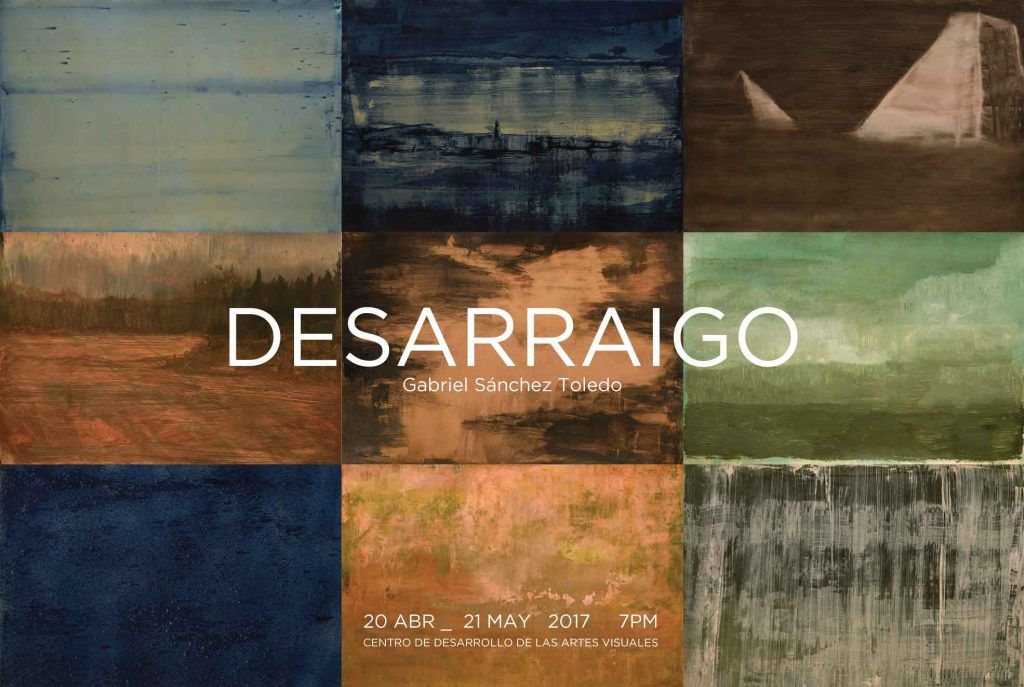 The personal exhibition Typlogies, by the photographer Pablo Víctor Bordón, will be inaugurated this Friday at 6:00 pm, at the headquarters of the Cuba Photo Library. 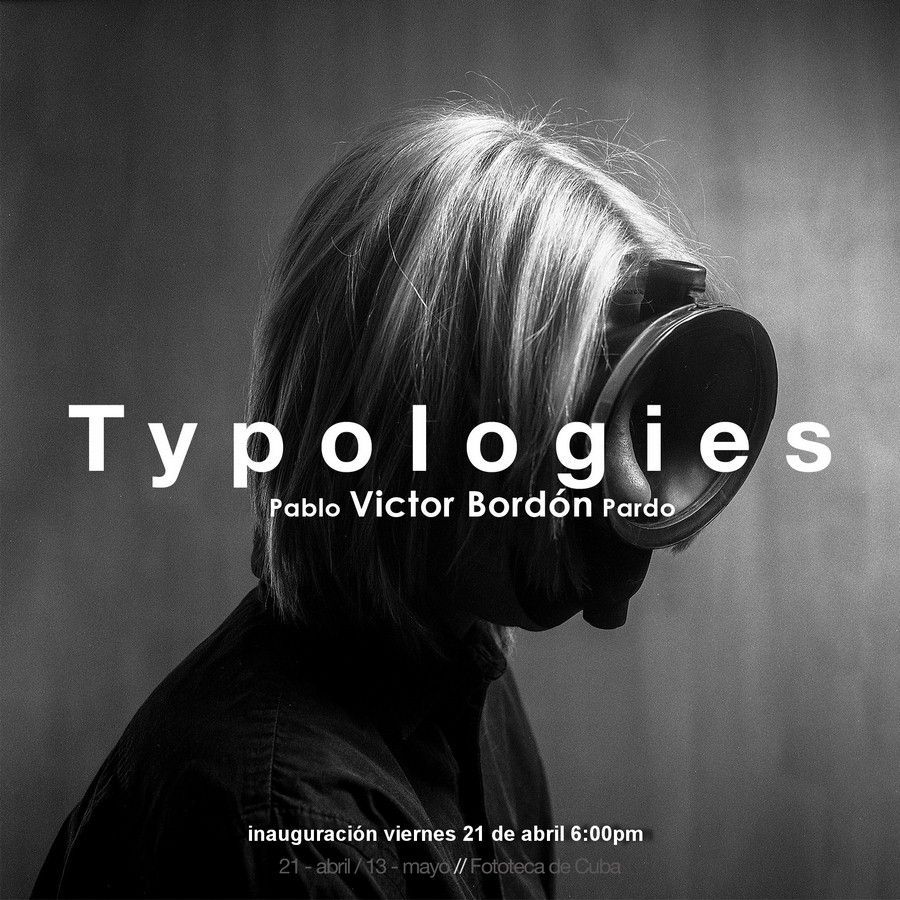 All the worlds in posters, drawings and illustrations

All the worlds of Bachs at eighty years of his birth is the exhibition of posters, drawings and illustrations exhibited since 19 April in the gallery The kingdom of this world of the José Martí National Library. 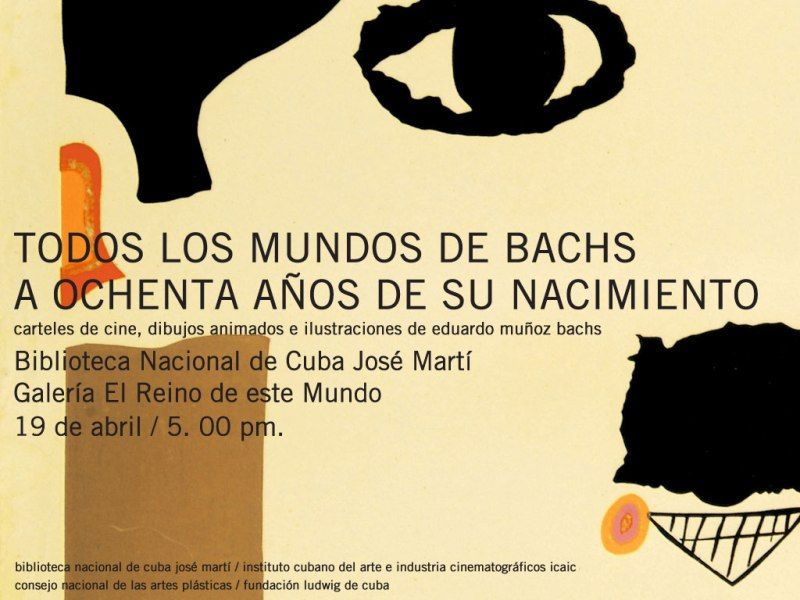 The Far Horizons exhibition, by the artist Dayron Gallardo, will remain open until April 30 at the Teodoro Ramos Blanco Gallery located on 20 de mayo Ave between Patria St. and Ferrocarril St., Cerro. 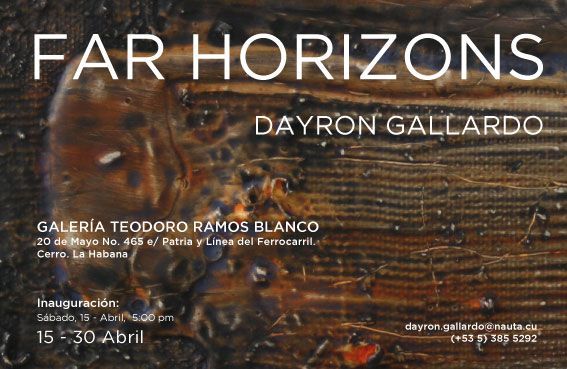 Today Friday, April 21, at 4:00 pm, the exhibition of sculptures, engravings and drawings Game of Angels. Eugenio Rodríguez in centenary will be inaugurated. The rendez-vous will be in the Cuban art building of the National Museum of Fine Arts. 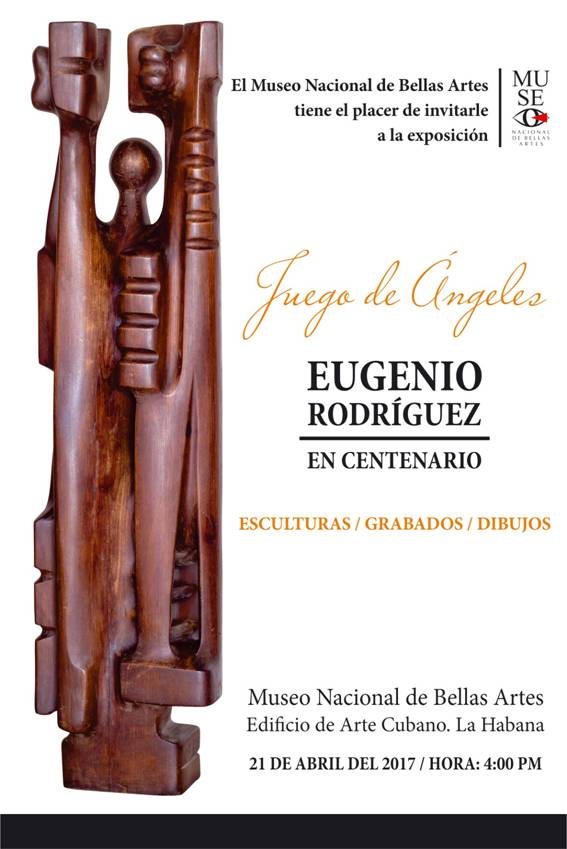 I realized that I’m lying 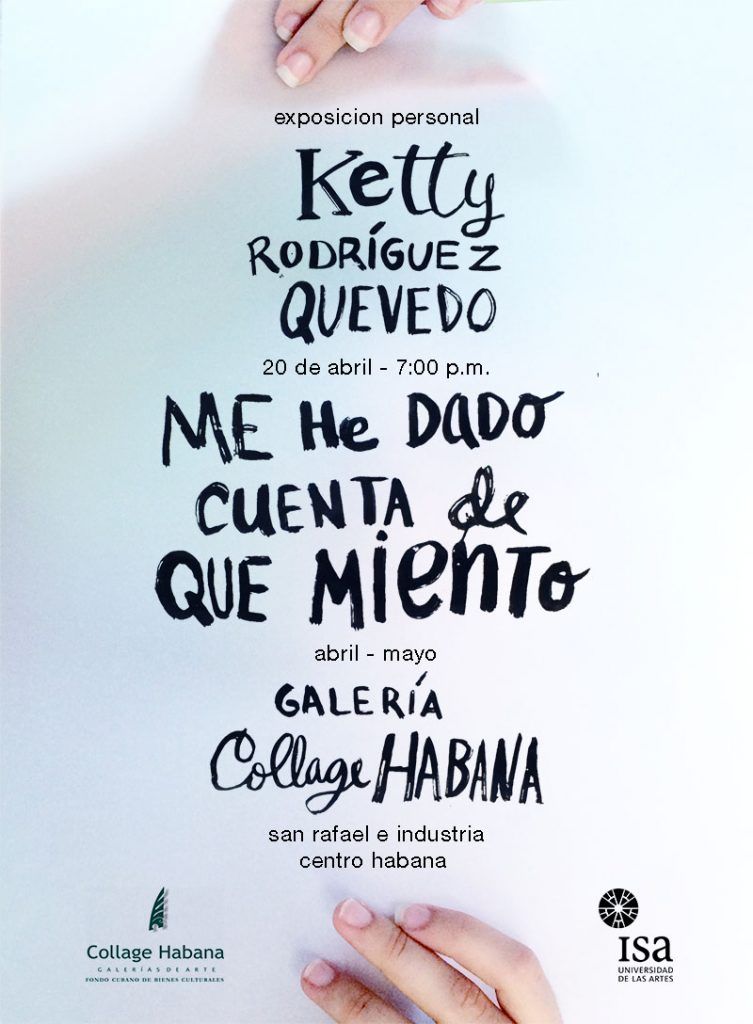 The Juan Marinello Cuban Institute of Cultural Research invites to the lectures: 305 years of musical life in an area of ​​western Cuba: the current provinces of Artemisa and Mayabeque (1695-2000), by the researcher Luis César Núñez González. The lectures will take place on Tuesday, April 25 and Friday 28 at 2:00 pm at the headquarters of the institution located in Boyeros St. # 63 between Bruzón St. and Lugareño St., Plaza de la Revolución.

Luis César Núñez González. Alquízar, Havana. July 27, 1946. Degree in Biochemistry, specialist in Microbiology. Researcher and musical author. Member of the Union of Writers and Artists of Cuba. (UNEAC), Nicolás Guillén Foundation, José Martí Cultural Society, Pedagogues Association of Cuba and Union of Historians of Cuba (UNHIC). Member of the Advisory Council for Social Sciences in the Provincial Delegation of CITMA, Havana. Executive Secretary of the José Martí Cultural Society, Province of Havana. Professor in the Provincial Center for Cultural Survival in Havana and the Higher Pedagogical Institute Rubén Martínez Villena. He has published articles in the newspaper El Habanero, in the specialized magazine Tropicana International and in Bohemia. He is also the author of Luis Marquetti: Gigante del Bolero from Unicornio Editions in 2014. 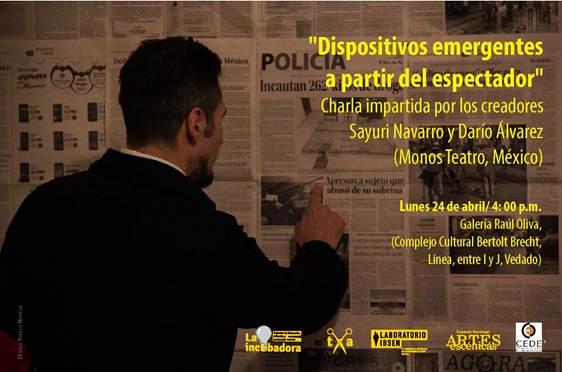 Persephone On the Edge of the Sea (Al filo del Mar)

Perséfone Teatro, with the direction by Adonis Milan, invites to the setting of the play Al filo del Mar whose functions will take place on Saturdays 22 and 29 and Sunday 23 and April 30, at 8:30 pm, in La Madriguera, headquarters of the Hermanos Saíz Association, located on Infanta St. and Jesus Peregrino St., Centro Habana. 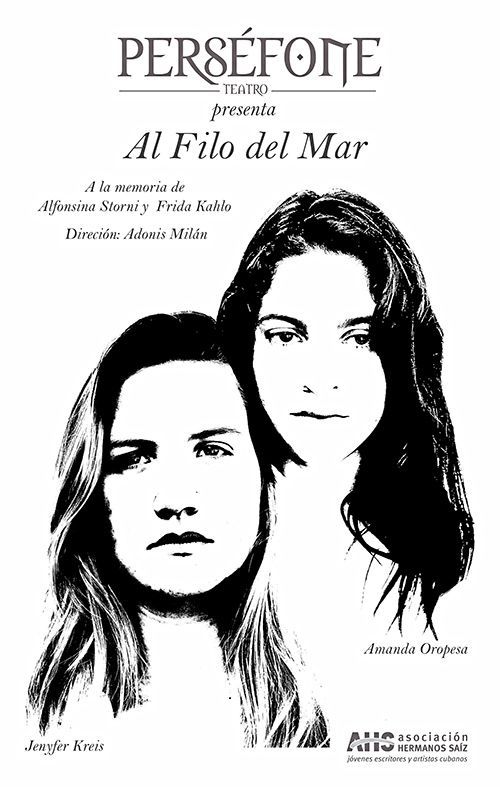 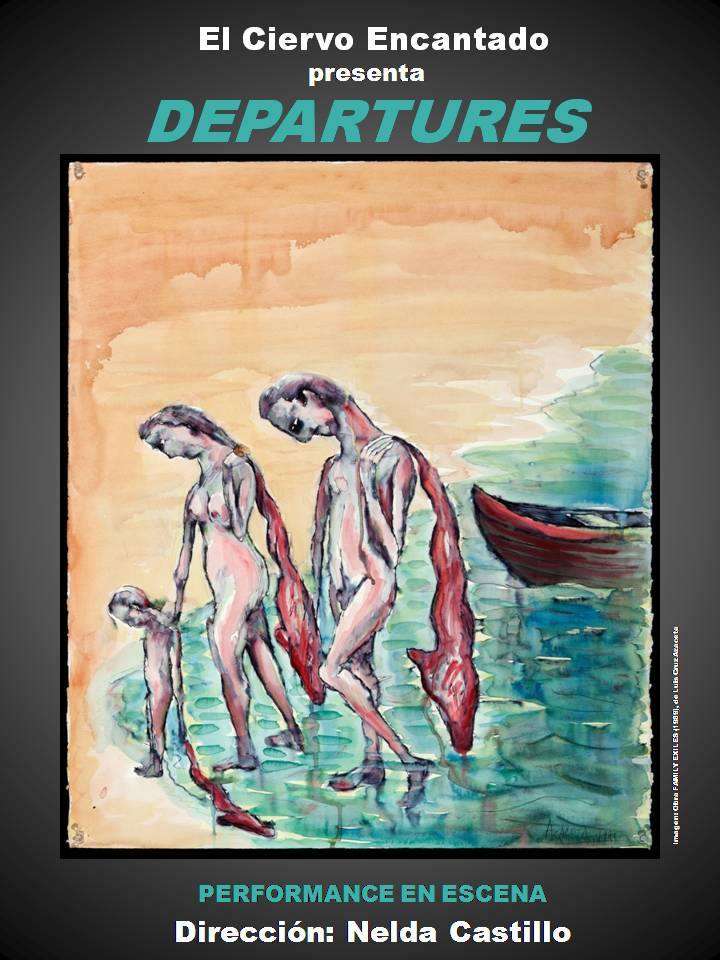 The group El Ciervo Encantado presents a new season of Departures, directed by Nelda Castillo. The functions will be until April 30, on Saturdays and Sundays at 8:30 pm. Departures, a stage performance that discourses about the migratory process, bets on the reflection about a subject burdened with events and circumstances that have drastically changed the lives of many Cubans from several generations based on the personal experience of the actress, her relatives and friends. With this play, the artist and the public participate in an intense exercise of shared memory.

The Ludi Teatro Company presents throughout the whole month the play El Dorado by Reinaldo Montero and directed by Sahily Moreda. The functions will be on Friday and Saturday at 8:30 pm and Sundays at 5:00 pm.

The Dance Center presents important dance companies of the country as part of the meeting La Danza Toda. The functions will take place until Sunday, April 23 in the Mella Theater. 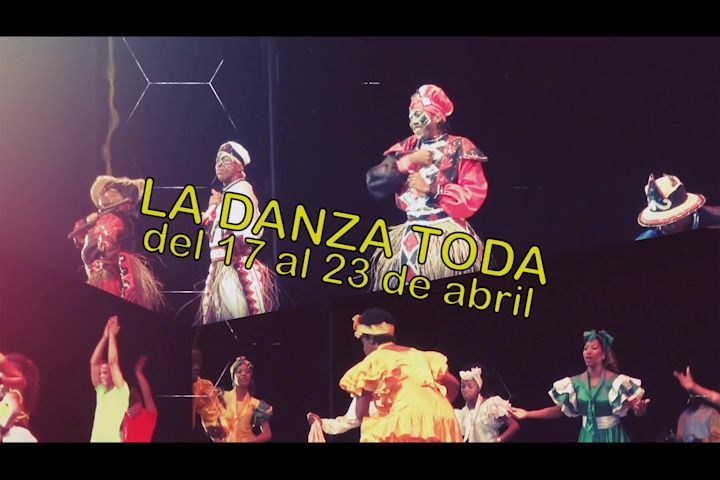 The Camagua folkloric company will present the show Cuban Suite, from April 27 to 30 at the Mella Theater. Camagua will offer a show that includes the works Homenaje, Clave, Guateque and Son, fragments of Cubanísimo, Rumbeando and Caribe soy dedicated to the international day of dance and to the choreographer and director of the Cuban National Folkloric Group, Manolo Micler, National Dance Award 2017, all of the performances with the artistic and general direction by Fernando Medrano Vireya.

On April 21, 22 and 23, at the Great Theater of Havana Alicia Alonso, the Acosta Danza Company will premiere the dance Belles-Lettres, by the American choreographer Justin Peck.

Belles-Lettres evokes the lyrical universe of literature and the romantic echoes of one of the golden ages of art, the Belle Époque, a historical period between 1870 and the beginning of World War I. Inspired by a neoclassical piece on the music of the French composer César Franck, it was created in 2004 by Peck, and the piece reflects the changes and customs of a period that marked the life in Europe.

The dance, a worldwide success, will be dedicated to the New York City Ballet and will share the program with the choreographic pieces Anadromous and De punta a cabo, by Cuban choreographers Raúl Reinoso and Alexis Fernández; as well as Twelve, by the Spanish Jorge Crecis.

Acosta Danza will replace The crossing over Niagara, and it will celebrate the first anniversary of its debut on the stages and the 180 years of the Great Theater of Havana Alicia Alonso.

The comedy show Un trio a pululu, with Omar Franco in the character of Ruperto, Edith Massola and Irela Bravo, continues on the stage of the Karl Marx Theater this weekend. 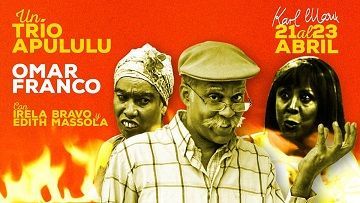