Immigration and visa applications for Canada from the island have been at a standstill in the past year, since Ottawa reduced its diplomatic staff in Havana due to the strange health problems reported by Canadian and United States officials. 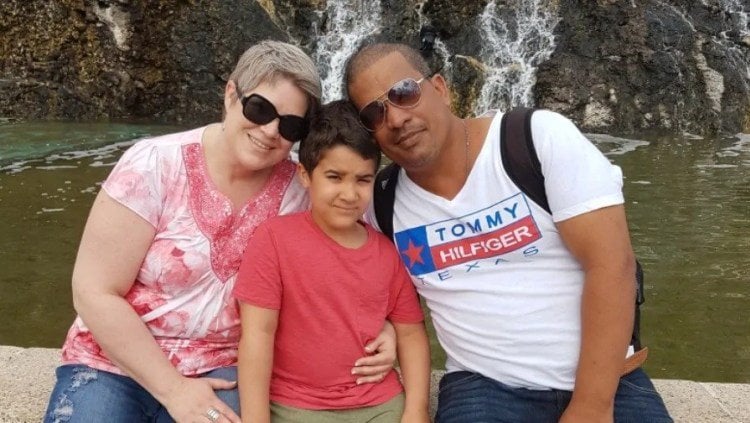 Canadian Laura Silver, with her husband, Cuban Carlos González, and her son Tito in 2017 in Havana. Photo: cbc.ca

Although the focus of attention has mainly been about families separated between Cuba and the United States, the problems caused by the decrease in consular services on the island after the mysterious health incidents suffered by U.S. diplomats have also affected those who try to reach a little further north: Canada.

One of the families affected by this situation is that of Canadian Laura Silver―who lives in the city of Calgary with her son Tito―and her Cuban husband Carlos González Trenzado, father of the child. Although they were married in 2018, they have barely been able to see each other three times since then and González’s application for permanent residence in Canada filed shortly after the marriage has no answer yet.

“A growing mountain of delays in the immigration system has left this Canadian-Cuban family in limbo, with no idea when they will meet again,” Canada’s public television network CBC said this Monday.

“The federal government says that the average processing time in the case of a spouse living outside Canada is 12 months. This family has waited 16, so far,” adds the report, in which Silver says she feels “depressed and overwhelmed” by this situation.

Immigration and visa applications for Canada from Cuba have been at a standstill in the last year, since Ottawa reduced its diplomatic staff in Havana due to the strange health problems reported by Canadian and United States officials, whose cause still hasn’t been determined and which Washington initially described as “acoustic attacks.”

Last May, the Department of Immigration, Refugees and Citizenship of Canada (IRCC) drastically reduced its programs and services in the Cuban capital, due to a previously announced reduction in personnel.

According to an official statement issued at that time, services for visa procedures for temporary visits, study and work permits would no longer be offered in Cuba, and permanent residence interviews were canceled.

This reduction quickly caused problems for the family of Silver and González Trenzado, when a consular appointment in May for him and his eldest son was canceled without prior notice due to embassy problems.

Months later, the diplomatic headquarters restored some visa and biometric services, but it still doesn’t give interviews or other procedures and the closest offices for them are outside of Cuba, in Mexico or Trinidad and Tobago. This is a challenge for Cubans, who require travel permits to enter most countries, “which means they have to obtain a second visa just to complete the process for their Canadian applications,” explains CBC News.

The situation, similar to that suffered by Cubans who wish to emigrate or reunite with their families in the United States, does not seem to have a quick solution. It has even provoked protests by Cubans residing in Canada.

In early January, Immigration Minister Ahmed Hussen’s office told CBC News that there were no current plans to reopen further procedures in Havana.

“Canada recognizes the importance of minimizing the impact on Cuban residents of reducing the service so they can continue to come to Canada,” says an IRCC statement, which also states that it will continue “exploring other mitigation measures and alternative service channels to improve the visa and immigration services offered to Cuban residents.”

No hope on the horizon

Despite all these problems, González and his eldest son finally completed their medical exams last August in Trinidad and Tobago. “Since then, there has been no news,” says Silver.

In October they received a notice that an interview was required, either in Trinidad or Mexico, but when they request an update on the meeting schedule, their communications bounce back with the message that the voicemail and email inbox are full.

“They literally try to keep you away,” despairs the Canadian, who doesn’t know when she will finally meet up with her husband.

As if that were not enough, the increase in procedures has exceeded the budget they initially had. Flying back and forth to Trinidad and paying to keep your documents up to date has increased costs by 8,000 dollars, says Silver, who no longer has the money to continue flying to her husband’s immigration appointments.

“Everything has really broken down,” she says dejectedly, while her son Tito, who has special needs, feels González’s absence every day and says that the children in his school intimidate him for not having a father.

“I just want to have a complete family,” says the 9-year-old boy sadly: “He’s a great father…he says I’m his hero.”

Silver told CBC News that she doesn’t blame the consular staff for the delays, but has lost faith in the Canadian authorities’ promises of reuniting families like hers.

“I think it’s a very cold, hostile and useless process,” she says.

For his part, Tito is clear about what he would say to Prime Minister Justin Trudeau if he had the opportunity to meet him.

“Family is important and they don’t understand that,” he says of the authorities.

“Government, if you are listening to this, then do something about it and quickly,” concludes the child quoted by the Canadian media.