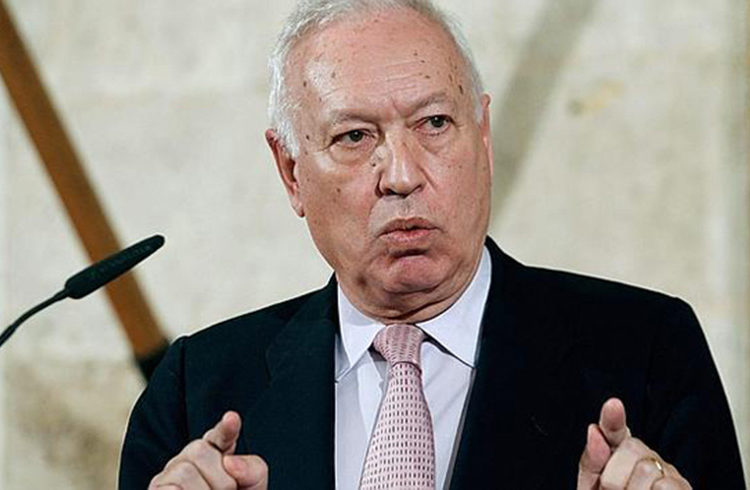 According to diplomatic sources quoted by the Spanish newspaper El País García-Margallo brings a message from the current administration of the United States to the government of Raul Castro. In this regard, the Spanish chief diplomat said in Havana that the details “are transferred to governments, not explained in the media.”

García-Margallo would carry “very specific messages” probably related to the presence of Cuba at the Summit of the Americas in April 2015. The government of Panama confirmed the invitation to Castro at the meeting of leaders of the Western Hemisphere. El País speculates that it could be a request for a gesture associated with the release of Alan Gross, a US contractor imprisoned in Cuba for “acts against the independence or territorial integrity of the state”.

In the past, the United States used foreign diplomats to pass secret messages to Havana. The book Channel Back To Cuba recounts half a century of discrete exchange through different personalities. The predecessor of García-Margallo, Miguel Angel Moratinos, also carried a message from Obama to create a “secret communication” with Havana.

Spain has a history in that section. In the sixties, the US president Lyndon Johnson sent a message to the then Prime Minister Fidel Castro with a Spanish envoy, confessed to CubaDebate researcher Peter Kornbluh, one of the authors of Back Channel To Cuba.

The recovery of the relationship between Madrid and Havana is still pending subject on both sides of the Atlantic. José Manuel García-Margallo traveled to Cuba with a fully charged agenda and with a mission to overcome a couple of years of estrangement.

The Spanish Minister of Foreign Affairs and Cooperation follows the footsteps of several European colleagues, as the Dutchman Frans Timmermans, or French Laurent Fabius, who returned to Paris after opening an promotion office for French investment on the Caribbean island .

García-Margallo will meet with the Catholic bishops of the Episcopal Conference and members of the Association of Spanish Entrepreneurs in Cuba.

Apart from the mandatory visit to his counterpart Bruno Rodriguez, the chief diplomat of the Iberian nation will meet the head of Foreign Trade and Foreign Investment, Rodrigo Malmierca, the most visible face of the new policy towards foreign investment, and Vice President the Council of Ministers, Ricardo Cabrisas, linked to economic and foreign policy issues.

“Spain has to be present in Cuba if it wants to help Cuba to shape its future,” Garcia-Margallo told Spanish radio station Onda Cero few days before starting his tour of Latin America. “The situation has changed and when circumstances change obviously relationships have to change “.

The transformations in the economy and openness to foreign investment are not the only reasons that lead to the Cuban capital to Spanish official. They also include issues such as cooperation agreement being negotiated between the European Union and Cuba, and 118,500 Spanish residents living on the island.

“Spain-Cuba relations are the closest we can have in the world, all Spaniards have had someone in Cuba, and many Cubans have had people in Spain,” Garcia-Margallo said.