The plans include the development of tourist products of common interest, exchange of experience in the industry, as well as technical assistance. 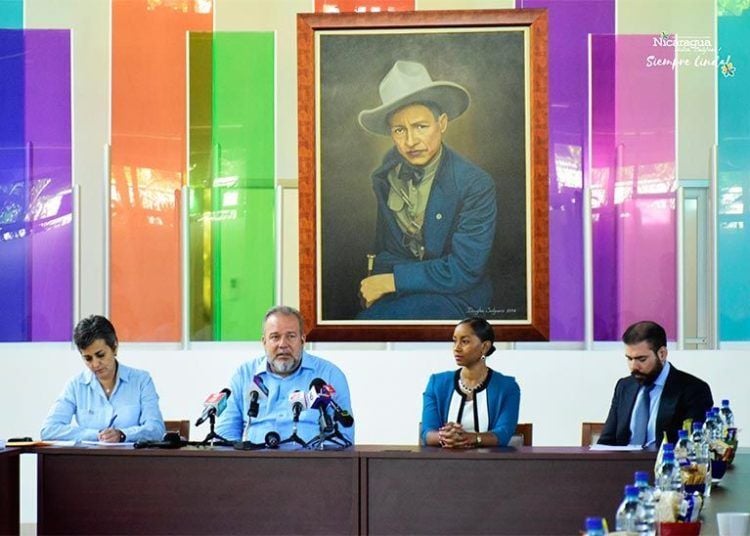 The governments of Nicaragua and Cuba signed this Monday a cooperation agreement in Managua to promote bilateral tourism, reported the Nicaraguan Institute of Tourism (INTUR).

The agreement’s objective is to “strengthen cooperation ties in the field of tourism, achieve an increase in the flow of tourists” and strengthen the work of both countries’ travel agencies, INTUR reported through government media.

The agreement was signed by the co-director of INTUR, Anasha Campbell, and Cuban Minister of Tourism Manuel Marrero, in the presence of the representative of the ProNicaragua official investment and export agency, Laureano Ortega Murillo, son of President Daniel Ortega and Vice President Rosario Murillo.

Nicaragua and Cuba have plans to include the development of tourist products of common interest, exchange experience in the industry, as well as technical assistance.

They also aim to promote trips from third countries, sell their countries as tourist destinations in Europe, identify business opportunities for bilateral investments, and participate jointly in international tourism fairs.

The signing of the agreement occurs after Nicaragua’s tourism revenues fell from 840.5 million dollars in 2017 to 544.4 million dollars in 2018 as a result of the socio-political crisis in the Central American country in the last 12 months, and which has left hundreds dead, imprisoned and disappeared, as well as hundreds of thousands in exile.

The crisis, in which a great many Nicaraguans are demanding the resignation of Ortega, caused a 3.8 percent contraction in Nicaragua’s economy in 2018 with respect to 2017, when it grew 4.9 percent, according to the Central Bank of Nicaragua.

Nicaragua expected to grow between 4.5 and 5 percent in 2018 but, as a result of the crisis, prospects dropped to up to 1 percent of its gross domestic product (GDP).

For 2019 the government expects more contractions, this time of -1.01 percent, although the non-governmental Nicaraguan Foundation for Economic and Social Development (FUNIDES) estimates it will be between 7.3 percent and 10.9 percent.

Nicaragua and Cuba have close government relations, but almost null at the social level.