At dawn, when the polls opened, two-thirds of the voters had already cast their early vote. 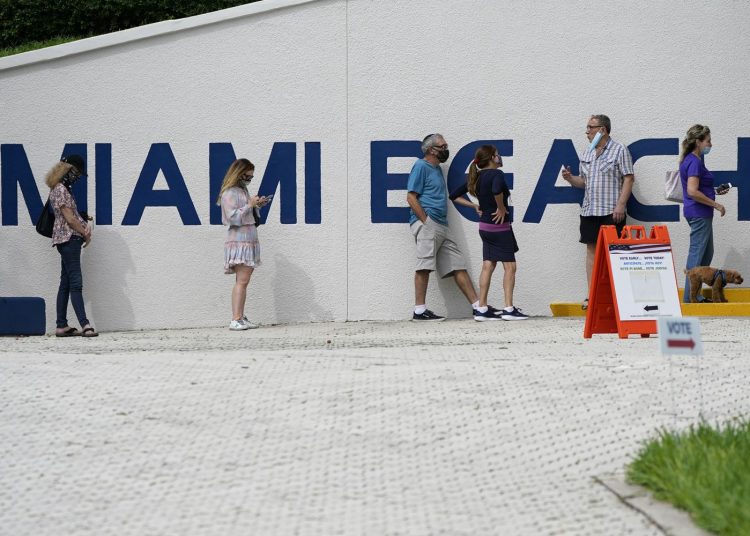 This election day, by dawn in Miami, almost all the voters had already voted. About 2-thirds exactly, 1.1 out of just over 1.5 million registered voters.

That had never been seen. It is true that since the 2000 presidential elections, the number of voters in South Florida has grown gradually, accompanying the country’s political polarization that began with the controversial duel between the then-Republican Governor of Texas, George W. Bush, and the former Democratic Vice President Al Gore, which ended up being decided by the Supreme Court. It continued with the election of Democrat Barack Obama, in 2008, when the Republican party suffered a process of dismemberment that woke up the far-right forces and the radicalization of the party, and with the election of Trump in 2016.

“This avalanche still amazes me. We expect some 200,000 to 300,000 voters to come to the polls today, ”explains the spokesman for the Miami-Dade County Elections Board to a group of journalists. There were no incidents by closing time, and no problems with the voting machines. “I don’t think there are reasons for concern,” he adds.

Miami-Dade tends to count votes fairly quickly, with fewer than a third of voters remaining at the close to exercise their right to vote. The polling place is expected to start posting the results after 7 p.m.

The geographic distribution in the state reflects the electoral division on this day. Although the Democrats have always prevailed in general terms, this year a Florida International University poll indicates that the Cuban-American vote will go towards President Trump, although an interesting number favors Biden. Although the electoral campaign was tense in the verbal confrontation and in tensions between Cubans over their candidates, this Tuesday there was more cordiality.

In Hialeah, where Trump is expected to take away the Cuban-American seals, Election Day was a bit more cordial. With two coffees, two Cubans with different preferences were quietly discussing the day with this reporter. “This is over tomorrow, we have to cool our heads. People have become very heated. Most of them have fallen into the idea that Biden is a socialist and a communist… what nonsense!”, explained Gregorio Silva to his Republican friend Juan Miguel. He was patiently paying attention to him. “If Trump says that, it is because it is true. You have to believe him. I believe him. He has improved our country, he defends us and it is going to give us freedom ”, he argues.

It was an unusual dialogue in the city in recent weeks. In Little Havana, there was “an ugly scene,” a police officer on a tour of the city told OnCuba. Apparently, a slightly older woman was in front of a voting center in the SW of the city, at the regulated distance, with a granddaughter and with propaganda posters to Biden, when a group of Trump supporters approached and began to insult her and make obscene gestures. “The lady got nervous and asked me for help. I didn’t make an arrest, but I told them to leave. And they left. But we are prepared. We’re all on duty tonight for street disturbances, and probably tomorrow too … until the weekend.”

Both Miami Mayor Francis Suárez and Police Chief Jorge Colina told reporters that security is absolute. “There will be no tolerance for public disorder here; none” said the police officer.

What the police fear is a backlash from Trump supporters; the possibility that a spirit of violence is incubating. “From the Cubans, I don’t think it will come. But with the white militias, anything is possible. I fear it too, ”admits Republican Juan Miguel. His compatriot thinks the same and specifies: “We talk a lot, but we are not violent. Whoever wins will end up being accepted, although now they don’t want to admit it ” he points out.