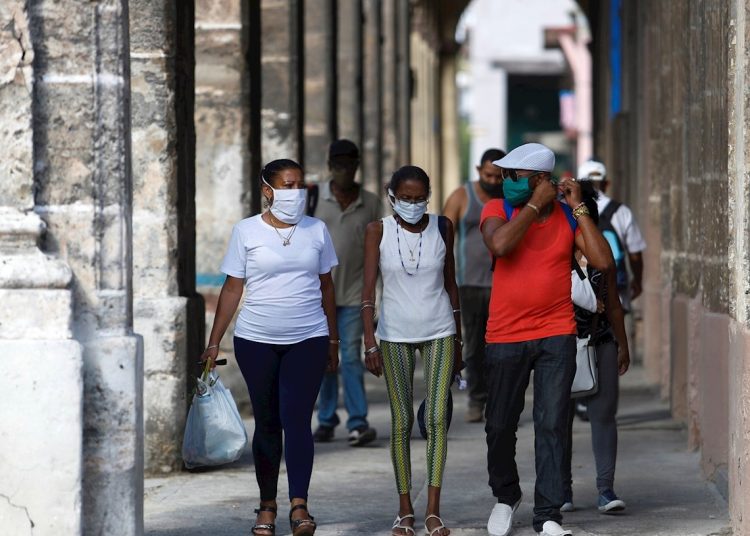 Cuba has processed a total of 277,863 tests since March, of which 2,701 have been positive. The number of active cases reached 229 today. Photo: Yander Zamora/EFE

On Monday, and after 22 days without deaths from the pandemic, Cuba recorded one death from the SARS-CoV-2 virus. New infections, meanwhile, amounted to 31 after 3,389 tests.

The 88th victim of the pandemic is a Cuban resident in the municipality of 10 de Octubre.

According to the report issued today by the Ministry of Public Health (MINSAP), the 84-year-old man was hospitalized with fever and his health worsened with disorders of consciousness, low blood pressure and anuria that led to intensive therapy. Cardiorespiratory arrest cost him his life, and after necropsy, the diagnosis of COVID-19 was confirmed.

All those diagnosed were Cuban: 17 were contacts of confirmed cases and the source of infection could not be specified in four individuals; 10 were infected abroad.

Their number and geographic location is as follows:

Artemisa: 7 (5 from Bauta municipality; Artemisa and Mariel with 1 each).

There were nine discharges for a total of 2,382 recovered patients. At midnight Monday, there were no people in critical condition, but one was reported in serious condition.

Cuba has processed a total of 277,863 tests since March, of which 2,701 have been positive. The number of active cases reached 229 today.