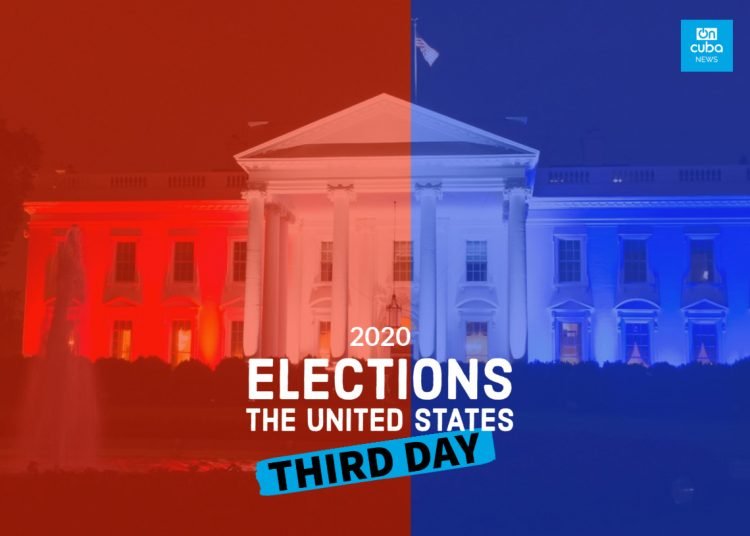 It’s early November 5 and there is still no U.S. presidential election winner. Democratic candidate Joe Biden has a total of 253 electoral points, which puts him ahead of his Republican opponent, Donald Trump, with 213.

All eyes are on the state of Georgia, whose results will be key in defining the elections. The gap between candidates had narrowed today, November 5, to less than one point. That translates into Donald Trump barely leading his Democratic opponent Joe Biden by some 19,000 votes.

According to Gabriel Sterling, manager of the implementation of the voting system in that state, some 61,367 mail-in ballots are pending counting. The state aims to process them before noon, according to The New York Times.

What was voted on the ballots, besides the president?

In each state, several amendments were in the sights of voters: from legalizing marijuana in at least seven, to changing the gender language in the constitution in Utah or raising the minimum wage in Florida.

These are some of the amendments that were approved or denied in the elections, considering that the approval percentages are temporary, while all the votes are finished counting.

Another with no final result yet

Legal lawsuits brought by President Donald Trump’s campaign and his own accusations that the Democratic Party has rigged the presidential election have created confusion and concern among voters, according to a preliminary report from the international election observation mission of the Organization for Security and Co-operation in Europe (OSCE).

The United States is a member of this organization and, as part of its commitments, invited a delegation as independent election observers, as is customary in its 57 member countries.

The preliminary report they have issued highlights that Trump’s stance is based on unfounded accusations and represents an attack on the electoral process. The OSCE maintains that such statements by a sitting president undermine public confidence in state institutions. It adds that, in addition, they were perceived by many as an incentive for the potential increase in politically motivated violence after the elections.

The New York Times denounced on Twitter the dissemination on social networks of unfounded messages, especially directed at the Latino population, that tried to delegitimize the election and the results of Joe Biden…as part of a disinformation campaign to undermine the trust of Latinos in the vote as it unfolded.

According to the OSCE report, 400 lawsuits were filed in 44 states in the months leading up to the elections, an unprecedented number.

Donald Trump’s accusations that a fraud process is underway against him have been frequent during the electoral campaign. On different occasions, the president denounced the mail-in votes, despite the fact that recent studies such as the Brennan Center for Justice have shown that the rates of electoral fraud by this means range between 0.00004% and 0.0009% .

Trump’s election campaign has filed lawsuits in at least three states. Some have already been dismissed for lack of evidence.

A Georgia state court has rejected a lawsuit brought by local Republicans to prevent the “illegal recount of ballots received after the election” in Savannah.

The Republican Party and the Trump campaign filed the court papers in Chatham County Superior Court Wednesday night, after an observer at the party’s polls “witnessed absentee ballots that had not been properly processed, seemingly mixed up in a pile of absentee ballots that were already scheduled to be tabulated. The proper chain of custody was not followed for the ballots,” they alleged according to court documents.

Judge James F. Bass rendered the judgment orally in court Thursday morning, and he appeared in court this afternoon.

These were Trump’s exact words on Thursday morning in a new tweet that undermines the democratic process of national vote counting.

However, as in many occasions, it is not clear how it would benefit him to stop counting votes right now (something that would be against the law), because with an advantage in Nevada and Arizona, Biden would reach the 270 electoral votes necessary to become the new President.

At the same time, many of his supporters contradict the candidate’s call to stop the count, promoting pro-protests in states where the Republican vote has a margin of advantage. In Phoenix, Arizona, the lawsuit is for the resumption of the count.

Meanwhile, in towns like Detroit, Michigan, where Democrats report more than 50% of the vote in favor, the slogan continues to be “stop the count.” The protests and demands of Trump supporters, then, vary depending on who is winning.

Biden’s message earlier this morning on Twitter continues to be “Every vote must be counted.”

Every vote must be counted. pic.twitter.com/kWLGRfeePK

At the same time, many of Trump’s followers woke up this Thursday demanding the collating of votes in Arizona, something that contradicts what the current president has just published. 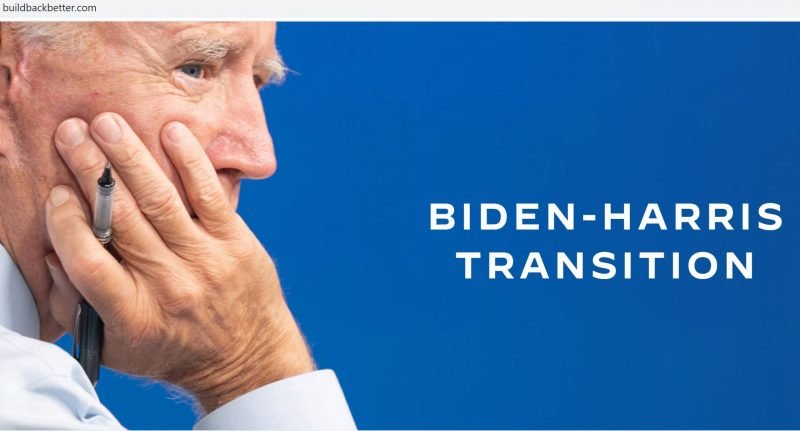 Although it is yet to determine who will be the next president of the United States, Biden’s team has already published a website for the transition.

In appearances before his followers, Biden was confident that at the end of the vote count they would be victorious, but without declaring himself the winner in advance.

Trump, for his part, declared himself the winner as of the very election night. His team of lawyers continues to attempt a vote recount in Michigan and Wisconsin, two swing states that Biden won by a narrow margin.