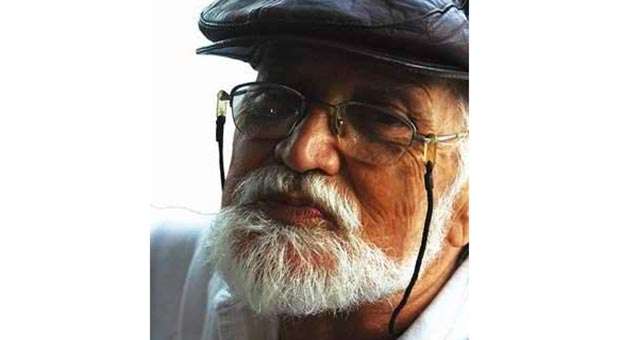 This growing up is sometimes very sad. A few hours ago Tulio Raggi died, and as Teresita Fernández , leaves behind a lot of children- many already grown up, like me, who have in their Cuban DNA the genius of his creations.

From the ICAIC Animation Studios Raggi created masterpieces of animation and Cuban idiosyncrasy as “El negrito cimarrón”, “La gamita ciega” and “El paso del Yabebirí” which more than entertain or lecture us as children, became source of everyday expressions, in pure unblemished Cuban. Saying in a mourning tone “if I had my Winchester” reminding the Yabebirí hunter – is already more than just a phrase.

And the fact was that Raggi , as Juan Padrón and other Cuban leaders, knew the pulse of the society in which they lived and reproduce it artistically in each of his creations. So it is with his characters, from satire, humor or reflection, reality stripped from simple codes, understandable and enjoyable.

On this, Raggi said in a 2010 interview: “All (the characters) are my children. Also at the beginning of the Department, a basic tenet of its existence was the creation of a series of cartoons that were not even remotely similar to what has traditionally been done by Disney and other people. We wanted to make an art film, ie, the reflection of Cuban culture on the big screen. That purpose was basic to the existence of the Department. There were a set of very beautiful works, but all purely “art”, even political. “

Now I understand why the characters are an unmovable part of our culture, our expressions, and that is, in the street when I hear someone moaning ” some, have everything; others, nothing!” a great discourse in one of Raggi´s cartoons “El zángano y la rosa”- that phrase is not an anymore from a cartoon for kids but is treated as art, is identity. Or others that are a matter of joke publications in the national media…

And joking was Raggi in 2010, when asked if he was missing something to get done and answered

“To me I still have everything to do. I’ll make a deal with the devil to see if I get more time. I do not want to leave my Negritos (el negrito cimarron), I have three scripts more to do. I also have other scripts on Latin American themes. They are, for example, adaptations of stories by Quiroga, there are others that can also be addressed. I also have a lot of work in illustration, visual arts was my original purpose. I can not quit illustration or cartoons. “

Now when Raggi ceases to exist, and the devil, perhaps, would not make the deal, one of the lessons from me, as big as the bees and the drone of the rose, is that “if you want to be loved, you have to work. “Raggi left, I think, with the affection of millions of Cubans.

A definitive way out

Havana tops the Top Ten destinations on the rise in the world, according to TripAdvisor