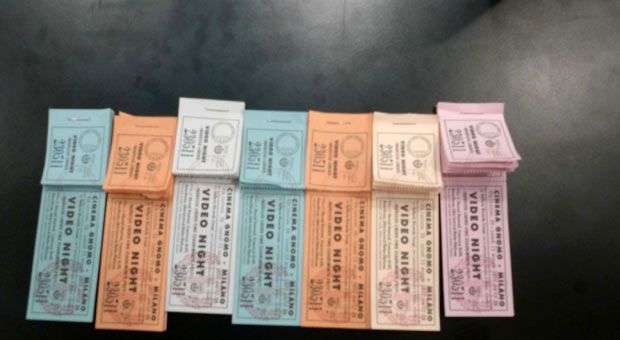 When I was five or six, to the west all ended in Mexico cinema. It was right on the top of San Anselmo hill, so from my door, three blocks down the same street, it looked it was into the abyss. That was El Canal neighbourhood, in Havana’s municipality of El Cerro.

During the eighties of last century, neighborhood cinemas were the biggest of life. For just a few bucks people wore their weekend clothes , took a soda, and invited friends … Those who grew up in the nineties reached what was being left.

Of course, that was the best going out for kids where many debuted with innocent mouth kissing and played counting the stars, when in fact they pointed the roof holes, converted into bright points by filtering afternoon light. It was there where I discovered New York , Paris and jazz, because my favorite movies were Home Alone and The Aristocats.

We never saw the lighting letters that read MEXICO, but it is said they once were there. We j ust could see the marquee, but it never had the name of any movie, let alone colored bulbs.

But the cinema was blue, and had a portal with steps for eating popcorn or waiting for someone. And we never suffered with the marquee, because we even knew what its name was. We get satisfied with reading the makeshift billboard, in yellowed papers half pasted on a wall. We even had a box office clerk who wove tablecloths and told us “behave yourself”, looking over the glasses.

The best was when we were advanced in classes or won the emulation. Then the teacher and teaching assistant became amorous, as we were so nice, and they took us to a movie after lunch. There was nothing better than walking past my house and greeting the neighbors, who came out to see what that scandal was, that crowd that was loudly chanting.

People should not imagine us as lovely children, spellbound by the magic lantern. Going to the movies was also p ulling the hair of the blonde in front without being seen, deliberately sticking gum on the seat, leaving candy papers on the floor , yelling for the echo to reply, and above all whistling to the projectionist. Even so, we wildly applauded when the light beam appeared and the first credits could be seen.

Sometimes films were terrible. There were those cartoons on primitive men and aliens together that provoke both fear and boredom. In others, the protagonist was a jungle boy newcomer to the big city, who was almost naked. The teacher did not want to take us to see such a thing , but as the exhibition cycle got dilated, she gave up.

Then the memory is filled with clouds, no one knows exactly when or why Mexico cinema stopped working . The latest news was that it had become home of a theater group.

Now it is an unpainted and dark premise. The marquee and glass doors disappeared, the steps are used as couch by boring youth people and some nighthawk guardian watch for the wind does not to take the walls.

In these years , that are already too many, there are many children who have never gone to the movies, many people who have not concealed a tear with ¨Casablanca¨ and many others could have not laugh with ¨La muerte de un burocrata¨. There has been no romantic projectionist dreaming to be a filmmaker, any peanut seller who on Sunday showing to sell three cones for two pesos. Bus 16 stops right in front, but nobody gets off to see any movie.

It seems that technology did the rest: flash memory, DVD, plasma TV, 3D cinemas. Will the magic of the dark room is over? Did the shows, series and soap operas take it everything? Maybe it’s just nostalgia for that times, perhaps we are already people of another era.

The noises of the night

The theft of the giraffes

The theft of the giraffes

Change in dialing from mobile phones to landlines

Sotomayor: "The best?, That will never come out of my mouth "