Saint Vincent is the first country in the Caribbean Community (CARICOM) to authorize the use of the Cuban drug, which joins BionTech-Pfizer, Oxford-AstraZeneca, Sputnik V and Sputnik Light, the other vaccines available in that nation. 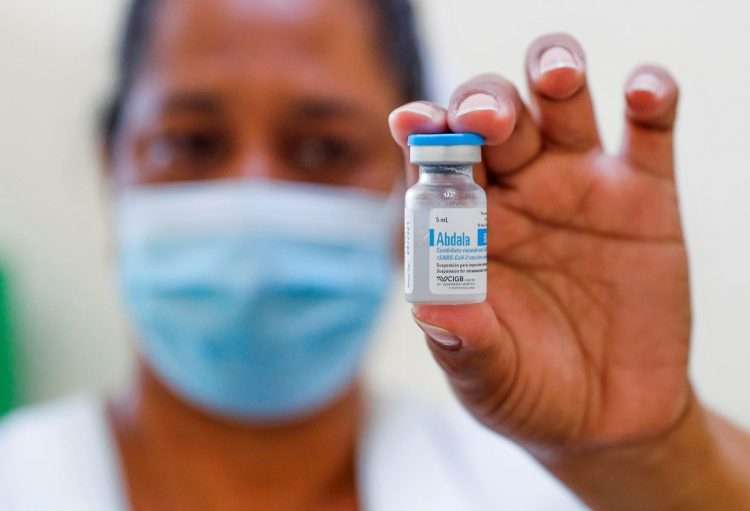 Abdala, one of the Cuban COVID-19 vaccines, is available in Saint Vincent and the Grenadines, the Biocubafarma Business Group of the Biotechnology and Pharmaceutical Industries of Cuba said on Twitter.

According to a Telesur report, Saint Vincent is the first country in the Caribbean Community (CARICOM) to authorize the use of the drug, which joins BionTech-Pfizer, Oxford-AstraZeneca, Sputnik V and Sputnik Light, the other vaccines available in that nation.

The Ministry of Health of Saint Vincent had advanced the news a little more than a week ago on its social networks, where they revealed that Prime Minister Ralph Gonsalves received some 300 doses of Abdala as a gift from the Cuban government for use in 100 people of the Caribbean country.

“I went to Cuba…for the ALBA meeting on Tuesday 14 (December) and on Wednesday we brought, as a gift from Cuba, 300 doses of Abdala for 100 people. I think we are the first people to have received Abdala in the Caribbean,” Gonsalves told the local media.

The Grenadine prime minister participated two weeks ago in the Summit of the Bolivarian Alliance of the Peoples of America Trade Treaty of the Peoples (ALBA-TCP) held in Havana, and shortly afterwards said in his country that several teachers and workers of the first line had expressed their interest in immunization with the Cuban drug.

As of December 23, Saint Vincent and the Grenadines had administered 60,367 doses of COVID-19 vaccines. According to official data, more than 33,000 people had received at least one dose, and more than 25,000 already had two doses.

After experiencing its pandemic peak last October, the Caribbean nation has managed to control the incidence of the disease in recent weeks. Either way, they remain alert, especially after reporting a few hours ago its first contagion with the Omicron variant, a case imported from the United States.