According to CNN, Cuba did not receive an emergency use license for its COVID-19 vaccine from the WHO. BioCubaFarma affirms that the recognition process by the international entity has not started yet. 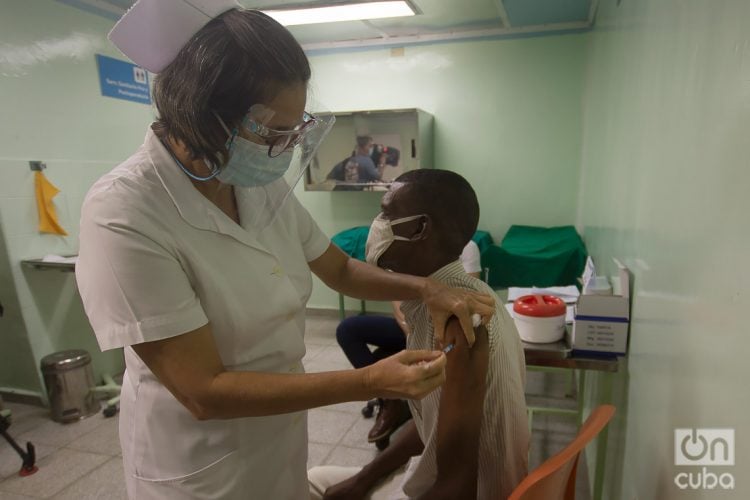 The Biotechnology and Pharmaceutical Industries of Cuba, BioCubaFarma, business group denounced this Wednesday the publication of fake news indicating that the World Health Organization (WHO) did not authorize the emergency use of the Abdala vaccine.

“Once again the information is manipulated to affect Cuba and its image,” BioCubaFarma published on its Twitter account, adding that those reports misrepresented the statements of a representative of that organization.

According to CNN, Cuba did not receive an emergency use license for its COVID-19 vaccine from the WHO, so its drugs cannot be purchased by other countries through the Revolving Fund of the Pan American Health Organization (PAHO).

The information quotes the deputy director of PAHO, Dr. Jarbas Barbosa, who, when asked if the countries can consider the acquisition of the Cuban Abdala vaccine, stated that to buy vaccines through the revolving fund, the drugs must have WHO authorization for emergency use, with no exceptions.

However, Barbosa clarified that “each health authority has its own legal framework in each country and based on that legal framework, they evaluate the vaccines and give authorization for their emergency use.”

The official added that his organization does not comment on the decisions made by each of the national regulatory agencies, and affirmed that it is “a sovereign decision of each authority,” the source indicated.

BioCubaFarma recalled that Abdala has the emergency use permit from the Center for the State Control of Medicines, Equipment and Medical Devices (CECMED), “the regulatory authority of reference in the region and recognized by the WHO itself,” it explained.

He also specified that the process of recognition by the international entity has not started yet.

In this regard, the president of BioCubaFarma, Dr. Eduardo Martínez, reported that Cuba will begin talks with the WHO about the prequalification process for Cuban COVID-19 vaccines, according to a report by Cubadebate.

The Cuban scientist reported in a tweet that from the first stage of development of COVID drugs, his institution “has exchanged information with the PAHO/WHO representation in Cuba and has kept them updated on the results.”