Regarding infections, 884 were from autochthonous transmission and 48 were imported cases, with the majority incidence of Cuban travelers from Russia. 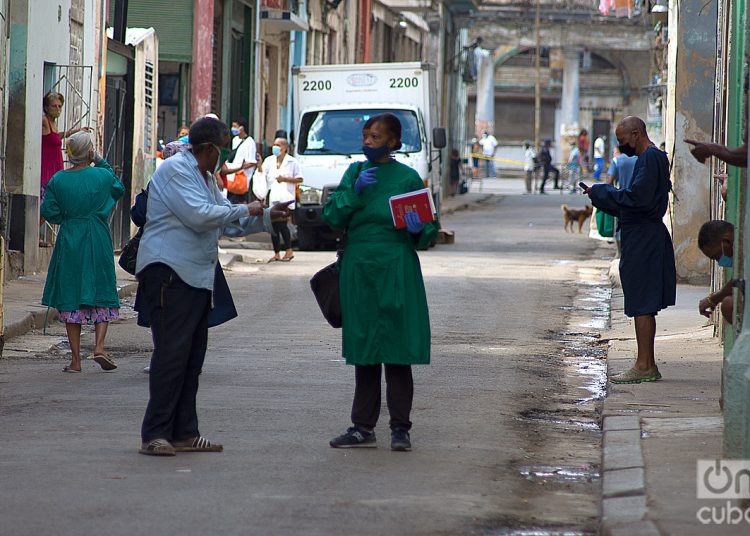 The Ministry of Public Health (MINSAP) reported 932 infections on Sunday, when 22,938 PCR samples were processed and the number of deaths from COVID-19 amounted to eleven. Furthermore, the volume of patients in intensive care was still worrying.

Until midnight, 111 people were in intensive care, a figure that since the previous day had experienced a jump like at no other time during the almost 14 months of the pandemic. Of this total, the health status in 43 individuals was reported as critical and in 68 as serious. Details can be found in the report issued by the MINSAP.

Regarding the 11 deceased, five women and six men who were between 59 and 82 years old, they resided in municipalities of Havana, Matanzas and Camagüey.

With these deaths, the SARS-CoV-2 virus death toll in Cuba stands at 675. April, which has been the worst month to date for the country in its confrontation with this disease, left 229 deaths; in its first two days, May has reported 21 deaths.

Regarding the 932 infections, 884 were from autochthonous transmission and 48 were imported cases, with the majority incidence of Cuban travelers from Russia. Four foreigners tested positive for the new coronavirus.

Regarding incidence rates, that of the island in the last fifteen days decreased to 140.1 per 100,000 inhabitants. Twelve municipalities, of Havana (11) and Matanzas (one), concentrate 48.7% of the transmission in this period.

As of midnight, 21,768 patients were hospitalized and there were 5,638 confirmed active cases. The MINSAP also reported 917 discharges, with which 103,256 patients have already recovered.

46.5% of those diagnosed this day were asymptomatic.