To date, the island has reported 67,476 patients from the pandemic and 397 deaths. March, with 73 deaths and 16,886 infections, threatens to at least equal the rates registered during the previous month, the worst for Cuba in a year. 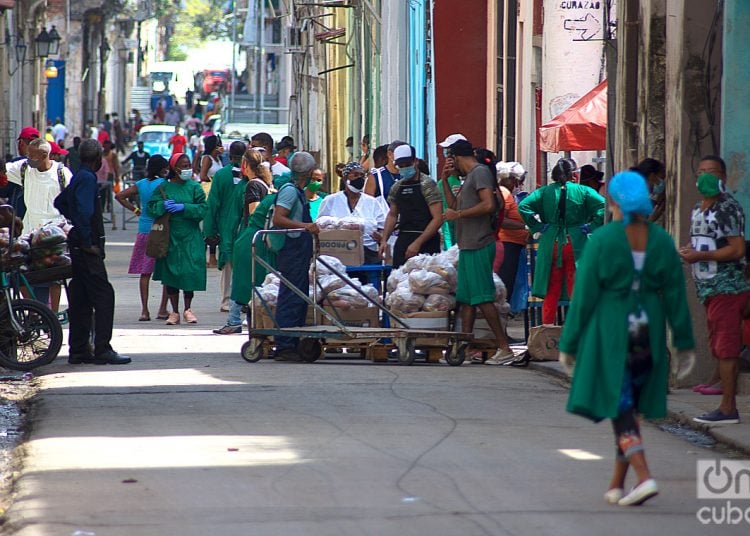 Three deaths, 718 infections and 779 discharges is the report related to the SARS-CoV-2 virus for this Sunday, according to the information provided today by the Cuban Ministry of Public Health (MINSAP).

To date, the island has reported 67,476 patients from the pandemic and 397 deaths. March, with 73 deaths and 16,886 infections, threatens to at least equal the rates registered during the previous month, the worst for Cuba in twelve months.

The deceased on Sunday were two women and one man, all residing in Havana municipalities and aged between 62 and 84 years. With them, the lethality rate is 0.59%.

Most of the 718 infections are from autochthonous transmission of COVID-19 (715), while 697 were related to confirmed cases. Only three cases were imported.

52.4% were asymptomatic at the time of diagnosis and after processing 18,966 samples in 23 laboratories distributed throughout the country.

In addition, with the 779 discharges reported in the last 24 hours, 63,639 people have recovered from the disease, which represents 94.3% of those infected.

Havana continues to be the territory with the highest number of daily cases, reporting 441 this time, followed by Granma (61) and Santiago de Cuba (58). In contrast, Las Tunas and Ciego de Ávila reported the lowest figures, with three and two cases, respectively.

The special municipality of Isla de La Juventud did not report any infections, despite the fact that, according to Dr. Francisco Durán during his daily appearance, some 400 PCR samples were also processed on the day.

By incidence rates in the last 15 days, the provinces with the highest indicators are Havana, Pinar del Río and Granma.

Eleven municipalities in the capital and one in Mayabeque (Melena del Sur, with a rate of 511.3 per 100,000 inhabitants) represent 43.4% of the transmission in the last two weeks.

Until midnight on Sunday, 21,483 people were hospitalized, 3,384 active cases and 77 patients in intensive care, 32 in critical condition and 45 in serious condition.