Until March 4, a total of 6,013,335 people had received the booster dose against COVID-19 on the island, more than 54% of the population. However, the Cuban president recently drew attention to the little progress made in this process in recent days. 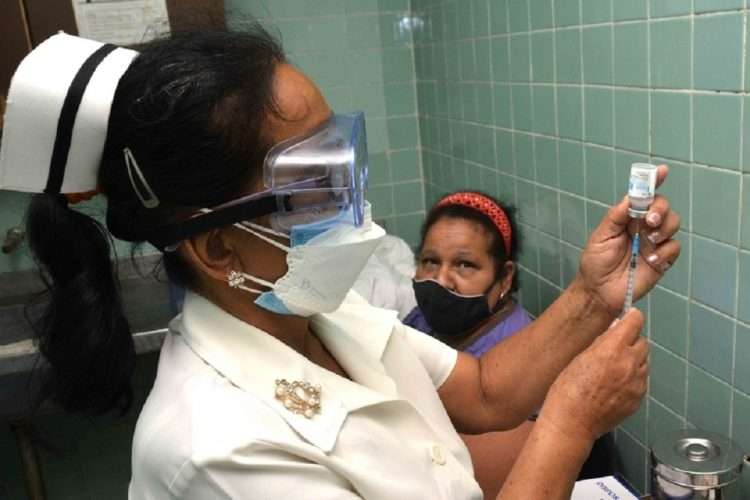 A nurse gets ready to apply a dose of the Cuban COVID-19 Abdala vaccine. Photo: Modesto Gutiérrez Cabo/ACN/Archive.

Although Cuba is one of the countries in the world with the highest COVID-19 vaccination coverage and since the end of last year it has been carrying out the administration of booster doses, this last process seems to have come to standstill in recent days, according to the government’s assessment.

Until March 4, a total of 6,013,335 people had received the booster dose on the island, of which 282,495 formed part of the Clinical Study and 5,730,840 as part of the booster vaccination that is being applied to the population of selected territories and risk groups, according to official data from the Ministry of Public Health ( MINSAP).

This would represent around 54.2% of the population, according to figures revealed by the official Cubadebate website, although it said that during this Saturday’s government meeting Cuban President Miguel Díaz-Canel drew attention to the little progress of the administration of these doses in recent days,.

“The head of state told the Ministry of Public Health to analyze what has been happening with the booster vaccination since for several days the percentage of immunized people has hardly moved,” said the official report of the island’s daily government meeting to analyze the situation of the pandemic.

According to the digital media, at that meeting, despite the fact that Cuba “maintains the tendency to control” COVID-19, the country’s highest authorities called for “not falling into a routine due to the improvement in numbers and to accelerate the pace of booster vaccination against SARS-CoV-2.”

“Díaz-Canel reiterated the need to maintain high levels of immunization to preserve the favorable situation of recent months, a topic also discussed this week at the meeting with experts and scientists who advise the Cuban government on health issues, who then reported that they are carrying out studies to evaluate when it becomes necessary to continue administering COVID-19 booster doses,” Cubadebate said.

According to the MINSAP, at the end of March 4, 35,063,358 doses of the Cuban COVID-19 Soberana 02, Soberana Plus and Abdala vaccines had been administered in the country. Until that same date, a total of 9,888,135 people had already completed their vaccination scheme, which represents 89.3% of the Cuban population.

This weekend Cuba reached 8,500 deaths from COVID-19, according to official statistics. It did so after the report by the health authorities of a new death from the disease.

In addition, at the close of this Saturday, 482 new coronavirus infections were also registered, while 458 medical discharges were given. Thus 1,072,956 patients have already been detected on the island since the start of the pandemic, while the recovered patients amount to 1,062,032, 99% of the total cases.