Mexican Secretary of Foreign Relations Marcelo Ebrard said that there is communication between the Secretariat of Health and the laboratory in Cuba which is carrying out the development of this vaccine, so that part of its phase three tests can be carried out in Mexico. 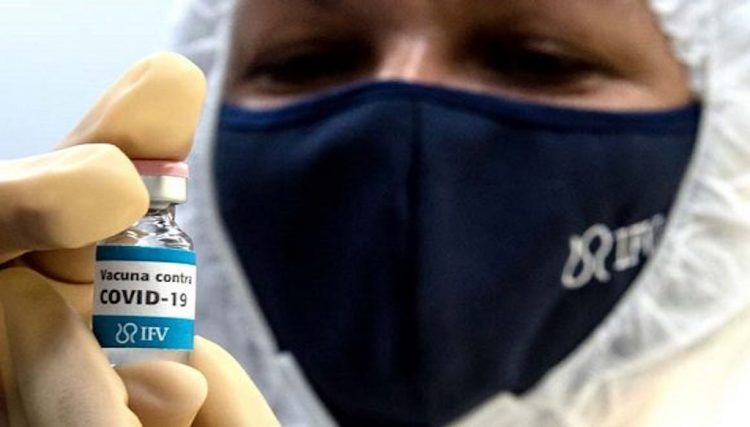 Volunteers from Mexico could participate in the clinical trials of the Cuban Soberana 02 COVID-19 vaccine candidate, according to that country’s government.

Mexican Secretary of Foreign Relations Marcelo Ebrard said that there is communication between the Secretariat of Health and the laboratory in Cuba which is carrying out the development of this vaccine, so that part of its phase three tests can be carried out in Mexico, reported the daily Granma.

The drug produced by the Finlay Vaccine Institute (IFV) showed safety and efficacy in terms of generating antibodies: more than 70% of the patients presented a strong response to the first dose, according to the director of that scientific center, Dr. Vicente Vérez.

Cuban scientists are currently designing Phase III of the trials with Soberana 02, which should begin in March in Havana with the administration of the vaccine to more than 42,000 people, Vérez explained recently.

Likewise, 50,000 Iranian volunteers will participate in the study with the Cuban candidate, recognized on the official website of the World Health Organization among the projects in the COVID-19 clinical trial phases since last November.

The head of public relations of the Iranian Ministry of Health, Kianush Yahanpur, said at the end of January that the second phase of the clinical trials is being carried out on the Island with the “surveillance, supervision and participation of the Pasteur Institute” of his country.

“Its third phase will be carried out jointly in Cuba and Iran,” he said, adding that “considering the transfer of technology and the fact that the production platform has been transferred to the country, in practice, production will be internal.”

Cuba is creating the capacities to produce one hundred million doses of Soberana 02, in order to meet its own demand and that of other countries, and plans to immunize its population this year. In addition, it is testing three other COVID-19 vaccine candidates in humans, a “homegrown” vaccine that was highlighted on Monday by the U.S. publication Business Insider

“Cuba is working on a homegrown COVID-19 vaccine program and the country aims to be one of the first in the world to vaccinate its entire population by the end of 2021, without help from the West,” according to an article in this media cited by Prensa Latina.

Beate Kampmann, director of the Vaccine Centre at the London School of Hygiene and Tropical Medicine, stated that the Finlay Institute is “a solid enterprise that is making the vaccines for a lot of Latin America.”

“There is confidence in its ability to deliver COVID-19 candidates,” concluded the specialist.