The purpose of the installation is to monitor nationally developed or imported genetically modified organisms (GMOs), said the head of the INHEM Laboratory Department, José Antonio Carrera. 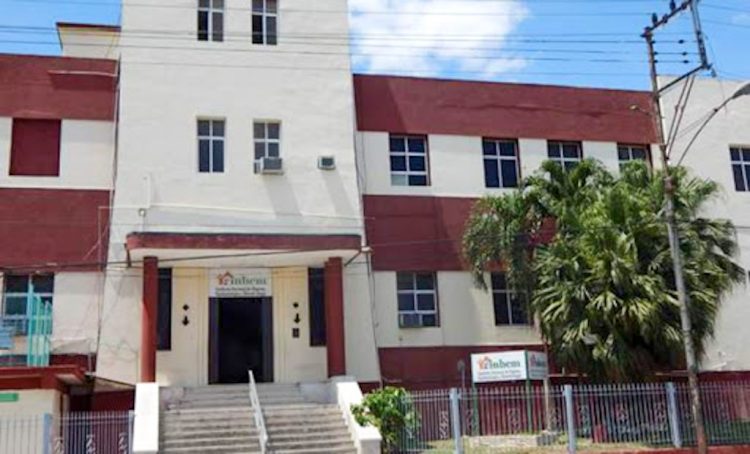 Headquarters of the Cuban National Institute of Hygiene, Epidemiology and Microbiology, in Havana. Photo: granma.cu

Cuba will have its first regulatory laboratory for transgenic foods, belonging to the National Institute of Hygiene, Epidemiology and Microbiology (INHEM), in Havana.

The purpose of the installation is to monitor nationally developed or imported genetically modified organisms (GMOs), said the head of the INHEM Laboratory Department, José Antonio Carrera, quoted by the Agencia Cubana de Noticias news agency.

“Through this means we will verify that the events inoculated in the products really correspond and are safe and innocuous for the population’s consumption,” the specialist specified.

Carrera added that the facility is in the completion of its construction phase and that they already have some equipment, while others will arrive soon through a project with the French Development Agency.

He affirmed that the installation will have high technology and reliability, and must have the approval of the corresponding international organizations for its operation, which is why they have the advice of the Center for Genetic Engineering and Biotechnology (CIGB).

According to the source, the INHEM has the mission of ensuring the development of hygiene, epidemiology, microbiology, nutrition and food safety in Cuba, and is part of the National Commission for the Use of Genetically Modified Organisms in Cuban agriculture, recently established in Havana, and chaired by the Ministry of Science, Technology and Environment (CITMA).

Last July, the Island opened the door to transgenic crops as a “complement to conventional agriculture,” in the midst of a food crisis and shortage now aggravated by the coronavirus health emergency.

Cuban scientists have been working on obtaining genetically modified seeds since 2008, to be applied to crops such as corn and soybeans, among other foods, which could also include sugar cane in search of a variety resistant to the effects of climate change.

“Cuba seeks to use this technology for sustainable development purposes and not with practices that in other contexts have had an impact on the environmental,” said Armando Rodríguez, deputy minister of science, technology and environment.

The decree-law of the National Commission for the Use of Genetically Modified Organisms in Cuban Agriculture, published in the island’s Gaceta Oficial, regulates “controlled inclusion” and research, development, production, use, import and export of GMOs.

This provision will ensure that the application of this technology “has an adequate risk assessment, following the principles of precaution, transparency in handling, communication of information and ethical-scientific responsibility,” explained Deputy Minister Rodríguez.