According to the website Ourworldindata.com, which compiles official data from all nations, Cuba is the second country with more than one million inhabitants with the highest proportion of fully immunized inhabitants, only behind the United Arab Emirates. 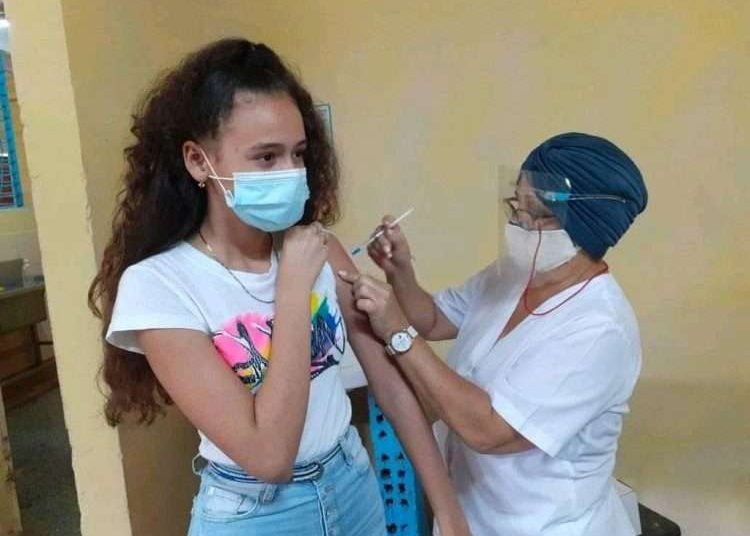 A Cuban teenager getting a COVID-19 vaccine in Artemisa. Photo: ACN/Archive.

The Cuban Ministry of Public Health (MINSAP) reported this Monday that 91.6% of the island’s population has already received the complete COVID-19 vaccination scheme.

The national director of Epidemiology, Dr. Francisco Durán, explained in his usual morning press conference that 9.673 million Cubans — out of a population of 11.2 million — have already received the three-dose scheme of one of the three nationally developed vaccines against the coronavirus.

According to the website Ourworldindata.com, which compiles official data from all nations, Cuba is the second country with more than one million inhabitants with the highest proportion of fully immunized inhabitants, only behind the United Arab Emirates.

The MINSAP added that 10.45 million people in Cuba have received at least one dose, representing 98.9% of the island’s population. This figure includes those who became ill and after two months received a single reinforcement dose, following what is stipulated by the health authorities.

In addition, about 2.2 million people have already received a booster dose since this extra dose started being injected in the population in November.

A total of 30,888,612 doses of the Abdala, Soberana 02 and Soberana Plus vaccines have been applied in the country, according to health authorities.

Dr. Durán recalled that Cuba has launched a massive vaccination campaign that has included minors from the age of two, and that 95.1% of Cubans between the ages of 2 and 18 have already received the complete scheme, he indicated.

Abdala, Soberana 02 and Soberana Plus have an effectiveness rate higher than 90% according to their manufacturers, two state laboratories. These data have not been verified by independent experts.

Cuba is now seeking the approval of the World Health Organization (WHO) for its vaccines.