This Saturday the Ministry of Public Health reported 937 new cases of coronavirus, 984 discharges and four deaths. For the eleventh time in February, all the country’s provinces registered at least one positive case. 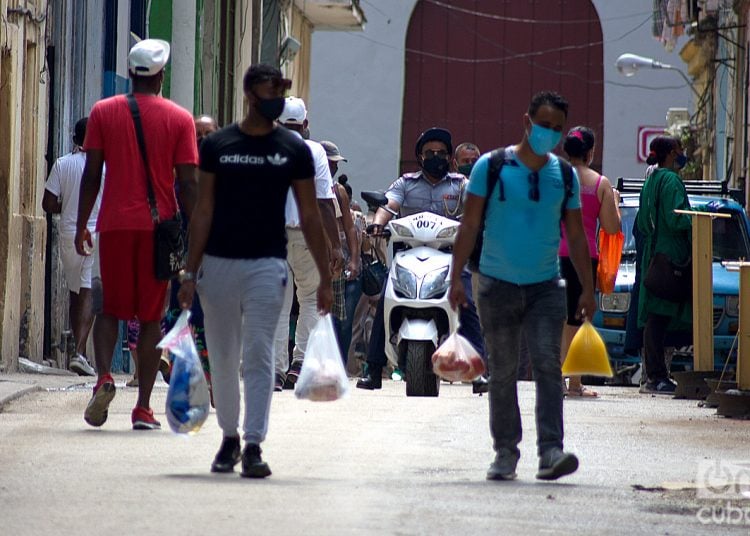 Coronavirus cases in Cuba are not showing a downward trend and February already points to be the worst month of the pandemic in every way. Photo: Otmaro Rodríguez.

The Cuban Ministry of Public Health (MINSAP) reported this Saturday 937 infections of the new coronavirus, bringing the number of confirmed cases on the island 43,384. After compiling the data from February 19, all the country’s provinces—including the special municipality of Isla de la Juventud—reported at least one positive case, something that has happened 11 times this month.

The MINSAP report details that, of the 937 cases, 895 are autochthonous, the second highest figure in the last two weeks, only surpassed by the 904 on February 15. A total of 863 positive cases were contacts of confirmed patients, 42 were imported (half from the United States) and in 32 the source of infection could not be specified, which represents a problem in cutting the chain of infections.

Havana is the most affected territory with 527 infections, 15 of them imported. Nine of the 15 municipalities in the capital report more than 30 cases, with red numbers for 10 de Octubre (63) and Centro Habana (55), although a total of eight territories are among those with the worst incidence in the entire country during the last 15 days.

The provinces with the lowest incidence rate are Matanzas (9-4), Cienfuegos (2-1) and Las Tunas (1), which have shown improvement and possibilities of control in the short term if the health measures and protocols continue to be followed.

According to the MINSAP report, 48.8% (457) of the 937 cases were asymptomatic. Since the beginning of the pandemic in Cuba, 23,646 patients without symptoms have been identified as positive, which represents 54.4% of all those infected.

Referring to this, Dr. Francisco Durán, national director of Hygiene and Epidemiology, explained that among the day’s positive cases there are four babies, and added that there are a total of 711 active cases of pediatric age, two of them reported in serious condition (a six-month-old child and an 18-year-old adolescent).

After compiling the data for Friday, February 19, in Cuba there are 4,947 active cases, a slight decrease compared to the previous day. Of these, 4,888 have a stable clinical evolution, while 31 people are in serious condition and 28 in critical condition.

On the day there were 984 discharges, and now the number of recovered patients stands 38,190, and the number of deaths increased to 291 with the death of four people, all over 59 years of age.

According to the health authorities, a total of 19,907 patients are hospitalized for clinical epidemiological surveillance and there are 3,3391 suspects, while another 11,569 people receive surveillance through the primary health care system.

According to official sources, 2,245,496 diagnostic tests (PCR) have already been carried out in Cuba. During the last two months the number of tests has increased considerably with the launch of new laboratories for the processing of samples, which totaled 17,145 this Friday, February 19.

This figure could increase with the start-up of a new laboratory for the processing of samples in Guantánamo, with which there would be a total of 22 centers focused on this task.