The Ministry of Public Health reported this Sunday 38 new cases of coronavirus, so the total number of infected amounts to 1,649. The authorities also confirmed the death of one person and 62 discharges. 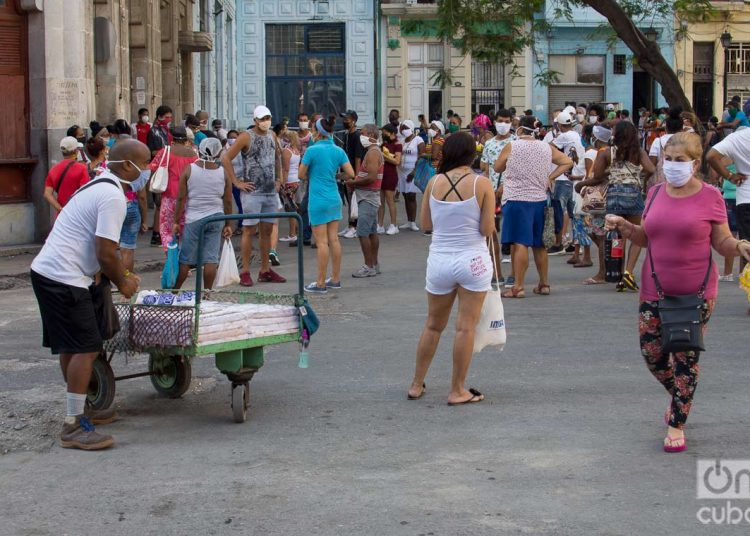 The Cuban Ministry of Public Health (MINSAP) reported this Sunday 38 infections of the new coronavirus, so the number of confirmed cases on the Island amounted to 1,649, while one deceased and 62 medical discharges were reported at the close of Saturday, May 2.

Dr. Francisco Durán, director of epidemiology of MINSAP, specified in a press conference that there are five people in critical condition and eight in serious condition. The remaining 740 active cases show a stable clinical evolution.

The MINSAP report specifies that a total of 2,744 patients are hospitalized and there are 1,947 suspects, while another 6,515 people are under primary healthcare surveillance in their homes.

Of the new 38 positives cases, 36 are contacts of already confirmed patients and the source of infection of two is being investigated.

Cuban health authorities began to report cases without a specified source of infection on April 5, the date on which 207 positive patients with these characteristics have been reported. However, Dr. Durán explained that of this number, there are only 63 patients with no identified sources of infection.

On the other hand, 89.4% (34) of Saturday’s cases were asymptomatic. According to the daily report of MINSAP, 668 patients without symptoms have been identified as positive, which represents 40.5% of all those infected. Authorities began offering this information on April 9.

By provinces, Havana added 36 cases, while Mayabeque and Matanzas had one each.

Of the new positive cases in the capital, three are from Cotorro, associated with the transmission event that took place at the Provincial Center for Social Protection (care for homeless), where there are already 84 confirmed cases.

Linked to this phenomenon, a 58-year-old patient died with a history of alcoholism and physical deterioration. This individual, in intensive therapy since his hospitalization, presented a torpid evolution and could not be saved despite the efforts of Cuban health personnel.

According to official sources, 53,545 diagnostic tests (PCR) have already been processed on the island. During the last 27 days, the thousand tests have always been surpassed, and this Saturday, for the fourth consecutive day, more than 2,000 (2,039) were processed.

The most encouraging fact regarding the coronavirus in Cuba is the continuous increase in medical discharges, totaling 827. The trend has been accentuated during the last ten days, in which the recovered patients (462) exceed the new detected positive cases by 58 (404).

In any case, the recent focus of transmission at the Provincial Center for Social Protection (care for the homeless) in Cotorro has once again compromised the figures. In this regard, Cuban President Miguel Díaz-Canel affirmed this Saturday that these events cause adjustments in the forecasts and delay the definition of when the peak of the disease will arrive on the island.

The president pointed out that these outbreaks should serve as a lesson to not be over-confident and prepare for the worst of times. In addition, he specified that the key to success lies in not reaching the saturation or collapse of hospitals, which has allowed giving differentiated care to each patient.

Also vital in the containment strategy will be the work capacity of the intensive care units, said Díaz-Canel, who insisted on the need to not affect, under any circumstances, the three teams that work in these units.

Under no circumstances can anything be sacrificed that affects the completion of these intensive care teams, which must be trained and prepared, and with the main assurances so that they can carry out their work, the president pointed out.