The call underlines “that the government has responsibilities and has tried to take measures to alleviate the aforementioned difficulties, but we also understand that the people have the right to express their needs, desires and hopes and, in turn, to publicly express how some measures that have been taken are seriously affecting them.” 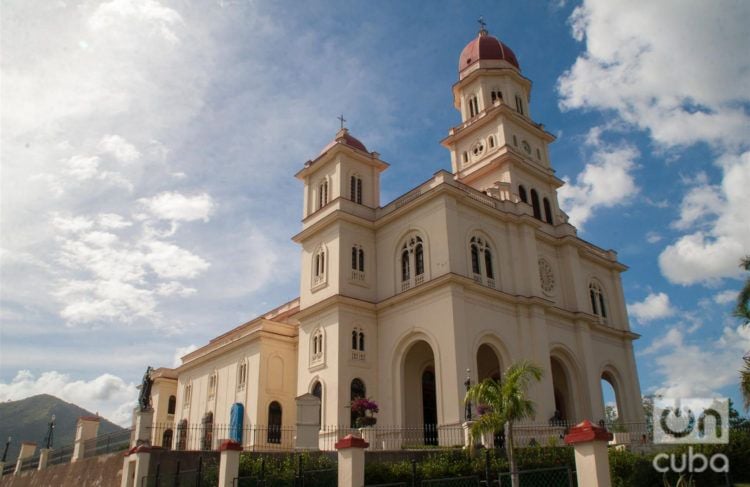 Sanctuary of Our Lady of Charity in El Cobre. Photo: José Roberto Loo.

After the protests registered on the island this Sunday, July 12, the Catholic Bishops of Cuba have stated. “Brothers and sisters, we cannot close our eyes or squint, as if nothing were happening, in the face of the events that our people experienced yesterday, Sunday, July 11, and that in some places continue today, where in the midst of restrictions due to the increase in contagion with COVID-19 and, despite this, thousands of people took to the streets in cities and towns of Cuba, publicly protesting, expressing their discomfort at the deterioration of the economic and social situation our people are experiencing and that has been significantly accentuated.”

Thus begins the call to the Cuban people, signed on Monday 12 and in which they underline “that the government has responsibilities and has tried to take measures to alleviate the aforementioned difficulties, but we also understand that the people have the right to express their needs, desires and hopes and, in turn, to publicly express how some measures that have been taken are seriously affecting them.”

The signing bishops claim to be concerned because “the responses to these demands are the immobility that contributes to giving continuity to the problems, without solving them” and they say that they not only see “that the situations are getting worse, but also that they are moving towards a rigidity and hardening of positions that could engender negative responses, with unpredictable consequences that would harm us all.”

“A favorable solution will not be reached by impositions, nor by calling for confrontation, but rather when mutual listening is exercised, common agreements are sought and concrete and tangible steps are taken that contribute, with the contribution of all Cubans without exclusion, to the building of the Homeland with everyone and for the good of all,” they said.

In the message, which quotes Pope Francis, they warn that “violence begets violence, today’s aggressiveness opens wounds and feeds resentments for tomorrow that will take a lot of work to overcome” and calls for overcoming this crisis with “serenity of spirit and goodwill, exercising listening, understanding and an attitude of tolerance,” and recalls the need to respect the other in order to seek together ways of a just and adequate solution.

The Cuban Conference of Catholic Bishops is chaired by the Bishop of Holguín, Emilio Aranguren Echeverría, and is made up of all the island’s dioceses and archdioceses.

According to EFE, it is estimated that 60% of the Cuban population, of 11.2 million inhabitants, is Catholic, an estimate made on the basis of baptized people, although the percentage of Cubans who attend Sunday mass is just 2% and in recent years there has been a process of expansion of the evangelical churches.