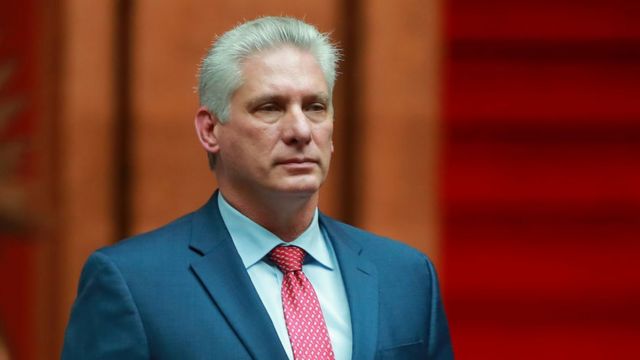 The Cuban Revolution is not going to turn the other cheek to those who attack it in virtual and real spaces, Cuban President Miguel Díaz-Canel said this Monday on his official Twitter profile.

“The #Cuban Revolution is not going to turn the other cheek to those who attack it in virtual and real spaces. We will avoid revolutionary violence, but we will repress counterrevolutionary violence. Whoever attacks law enforcement officers attacks the country #SomosCuba,” he tweeted.

Díaz-Canel said that there will not be a war between Cubans; “the people of Cuba will move forward once again and as on previous occasions, with discipline, work and unity.”

“The counterrevolution dreams of a war between Cubans. We are not going to indulge them. We will come out of this with #Unity, discipline and work. #SomosCuba,” he wrote.

“Our action in the streets is against those who promote disorders with an interventionist agenda, manipulating the feelings of the people due to the shortages and the outbreaks of COVID-19. #ALaRevoluciónLaDefiendenLosRevolucionarios,” he tweeted.