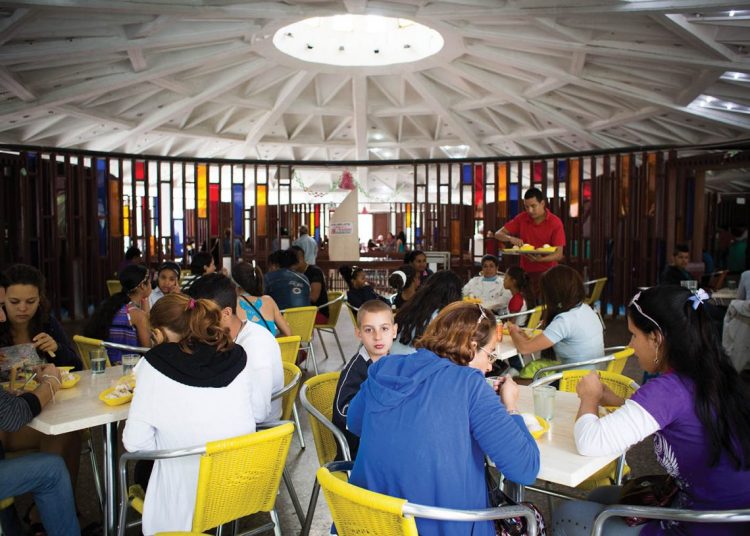 Coppelia, the most popular ice cream parlor in Havana, will leave its unconditional visitors without being able to enjoy their products due to a general repair from May 2 to the first half of June.

During the maintenance and restoration of the facilities of the ice cream parlor, which takes up a block of the central 23rd Avenue of El Vedado, production of the ice cream factory of the same name will also cease, as explained by a note of the Council of the Provincial Administration (CAP) released this Friday by state media.

“The objective is to make technological improvements in the factory, perfect the ice cream production processes, and create the conditions for the definitive and stable production of Coppelia ice cream,” the note explained.

This stoppage will also be used to carry out maintenance work in the ice cream parlor, in order to improve services in the iconic gastronomic establishment for the works being carried out in the Cuban capital for the 500th anniversary of its foundation on November 16.

The provincial newspaper Tribuna de La Habana pointed out in a report about the temporary closure of Havana’s famous “cathedral of ice cream” that it hoped that the improvements would also extend to services, its most criticized “Achilles’ heel.”

The ice cream’s lack of quality, the poor supply of flavors and incomplete balls are the most frequent complaints of the visitors to the 50-year-old Coppelia, to which are added the long waits and the inadequate treatment of some employees.

Coppelia took its name from the mythical character of a well-known classical ballet and it is precisely the figure of a dancer that identifies the brand of Cuban ice cream that began its sales with 26 flavors in the installation opened on June 4, 1966 in a space which includes the central corner formed by the streets 23 and L.

The most popular flavors of ice cream in its offer illustrated the allegorical title Strawberry and Chocolate of one of the most famous and awarded Cuban films, the only one that has achieved a nomination to the Hollywood Oscar Awards.

Cuban architect Mario Girona was the author of the design of the ice cream parlor built on the plot of land where there was once a hospital and later a recreational tourist park, and which has a capacity to cater to 1,000 customers simultaneously.

The gastronomic center, conceived as a large circular dome of 40 meters of light that covers six other spaces, also circular, surrounded by modern skylights, open areas and gardens, takes up an entire block.