According to the probability models, the estimate of the maximum number of people infected at the same time on the island was reduced to 2,500 cases. 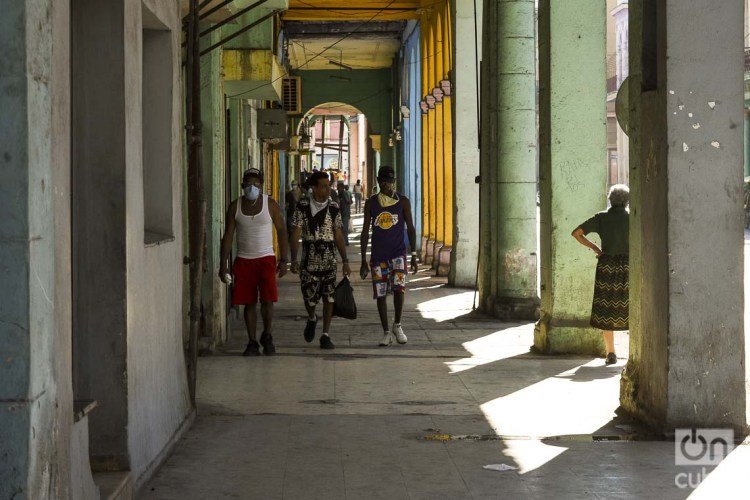 Experts studying the evolution of coronavirus cases in Cuba predicted the anticipation of the peak of infections for next week, Cuban state media reported on Monday.

According to the probability models, the estimate of the maximum number of people infected at the same time was reduced to 2,500 cases, according to Cubadebate.

Raúl Guinovart, dean of the Faculty of Mathematics and Computing at the University of Havana, explained that the graph shows that “we are going to have a minimum of 1,500 cases and a maximum of 2,500.”

The first models said that in Cuba about 4,500 active patients would accumulate in one day―not new infections in one day, but the total number of patients hospitalized at the same time―and they located the peak between mid and late May. This was even confirmed this weekend by Dr. Francisco Durán, director of epidemiology of the Ministry of Public Health (MINSAP), at the daily press conference on the evolution of COVID-19 on the island.

According to the behavior of the pandemic registered in more than 180 countries, the peak occurs approximately 77 days after the disease progresses, which is why Cuban experts placed this moment in the first fortnight of next month and then changed it for the final weeks.

For Guinovart, the decision of the Cuban government to advance measures of other phases made it possible to modify the behavior of the curve. However, the expert warned that if current conditions are relaxed this scenario could change.

Meanwhile, Dr. Lizet Sánchez explained that if a greater amount of tests is made, the number of positive cases can be modified. If so, more information would be available and asymptomatic people infected with the virus would be found.

Trained as a mathematician, master in epidemiology and PhD in Health Sciences, Sánchez stated that the model is being fulfilled so far, “the epidemic is being vulnerable to the actions being taken, but it depends on social behavior and government measures.”

Which is why, like Guinovart, she assured that “if social isolation measures are not taken, the model can grow again and we could go to a critical scenario.”

So far, Cuba has a total of 1,389 confirmed cases, with the 20 positive patients detected this Sunday. For its part, the death toll amounted to 56, while 525 have already recovered.

Here you can find the most current data and the evolution of the coronavirus curve in Cuba.