So far, 227 MW have been installed on the island based on photovoltaic systems connected to the electricity grid, said the director of Generation with Renewable Energy Sources of the Cuban Electricity Conglomerate this Tuesday. 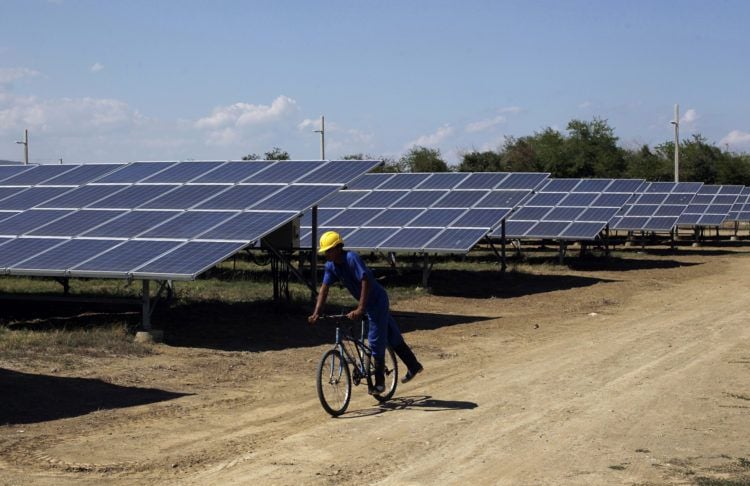 Cuba added five photovoltaic parks with a total generating power of 60.3 MW of electrical energy in 2020, three of which are located in the Mariel Special Development Zone, the main enclave for foreign investment on the island.

In the Caribbean country, 227 MW have been installed so far based on photovoltaic systems connected to the electricity grid, said the director of Generation with Renewable Energy Sources of the Electric Conglomerate (UNE), Ovel Concepción, this Tuesday on the Mesa Redonda television program, quoted by official media.

With an investment of more than 250 million dollars, this program produces an electrical generation of 340,000 MWh annually, which is equivalent to 88,400 tons of fuel saved.

According to the official, the installation of this technology has helped to stop emitting around 285,600 tons of carbon dioxide into the atmosphere. Electricity generation systems from photovoltaic panels also allow the electrification of isolated homes in rural areas with difficult access, he added.

The Cuban Electricity Conglomerate is developing three projects, financed through international collaboration, which will benefit a total 3,383 homes, in 14 provinces and the Isla de la Juventud Special Municipality, Concepción explained.

The director of the UNE pointed out that to achieve a change in the energy matrix on the island, the construction of many new parks is required, which will make it possible to substitute generation from fossil fuels.

The photovoltaic parks in Cuba allow for covering 6.72% of the electricity demand at noon.

“For example, this means the equivalent of the electricity demand of the province of Matanzas” at that time, the official stressed.

However, Cuba generates more than 95% of electricity from fossil fuels, especially oil, although to meet the demand at peak times of electricity consumption it is essential to use diesel, three times more expensive.

At the end of 2019, the island’s government approved Decree-Law 345, which would allow Cubans to acquire equipment that uses renewable energy sources, produce electricity for self-consumption, and sell its surplus to the National Electric System.

The regulation includes an instruction from the Central Bank of Cuba to its commercial entities to grant loans to people who wish to buy solar heaters and photovoltaic solar systems.

It also stipulates that the credits would be granted in Cuban pesos (CUP) for up to 100% of the value of the equipment—the convertible peso (CUC) was still in force at the time—, and their repayment terms would respond to the risk analysis carried out by the bank based on the applicant’s ability to pay.

However, after the arrival to the island of the coronavirus pandemic a few months after the decree-law was approved, there has been no more news or official statements on the matter.

Cuba intends to increase the contribution of renewable energy sources in electricity generation, to no less than 24% of the total in 2030.