Four deaths and 689 infections, most of them by autochthonous transmission. 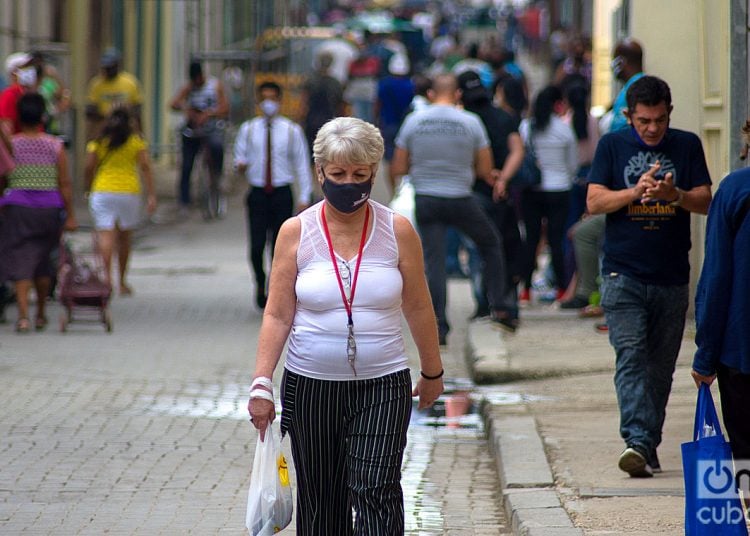 Four deaths and 689 infections was the balance of the SARS-CoV-2 virus this Wednesday for Cuba, according to the Ministry of Public Health (MINSAP), which in its report today highlights the 828 medical discharges of the day, with which the list of recovered totals 60,378 people (93.7%) in one year.

Most of the cases are due to autochthonous transmission (679), 658 were contacts by confirmed cases and 10 were imported cases by travelers from Venezuela, Russia, Uruguay and the United States.

The deceased: two women and two men, aged between 58 and 76 years. They were from Havana, Sancti Spíritus and Matanzas.

The fatality rate is now 0.43% on the island. There have been 384 deaths caused by the coronavirus pandemic in one year.

Havana reported by far the highest number of cases again: 446 among imported and autochthonous. It also leads in the incidence rates of the last 15 days (278 per 100,000 inhabitants) while 10 of its municipalities concentrate 47.6% of the transmission in the last fifteen days.

However, Melena del Sur, in Mayabeque, continues to lead the municipalities with the highest transmission, with a rate of 1,051.8 per 100,000 inhabitants in the last two weeks.

As for daily cases, the capital is followed by Santiago de Cuba (47) and Granma (36). Six provinces report today less than 10 infections, of which Las Tunas has the lowest number: four cases. The Isla de la Juventud special municipality did not diagnose cases because samples were not processed.

41.9% of the patients were asymptomatic at the time of their diagnosis and after processing the 19,537 samples yesterday, according to the MINSAP.

As of midnight on Wednesday, the number of hospitalized patients decreased to 21,619 and there were 3,596 confirmed active cases.

60 patients were in intensive care, 33 in critical condition and 27 in serious condition. Among them, Dr. Francisco Durán mentioned in his daily appearance a 17-year-old adolescent and an eight-year-old boy reported as serious and critical, respectively, although both are in a stable condition.

As to the patients who have not reached the age of 20, yesterday 104 were diagnosed: 94 minors, and, of them, five infants.