Currently the Cuban capital only has 52 hospitalized patients, of them 48 suspects and four positives, with only five outbreaks of the disease, according to what was reported this Wednesday at a meeting of the Provincial Defense Council. 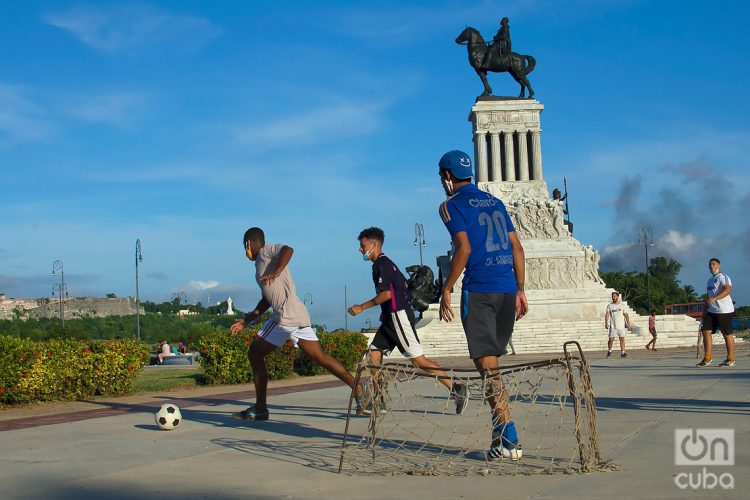 COVID-19 cases and outbreaks have decreased notably in Havana in recent days, according to official reports from the island’s health authorities.

At the close of this Tuesday, the Cuban capital reported only one new imported case: a traveler from the United States, who arrived in the country on October 22 through Santiago de Cuba, according to Tribuna de La Habana. The media points out that due to this there was a new outbreak in the municipality of Cotorro, where the case was detected.

Now, the city of Havana has five outbreaks of the disease, three in the municipality of Centro Habana, one in Regla and the aforementioned Cotorro, while on Tuesday another three were closed in the city, as reported this Wednesday in a meeting of the Provincial Defense Council (CDP).

In this same meeting, it was announced that currently in Havana there are only 52 hospitalized patients, of them 48 suspects and four positives, none of which are reported as critical or serious. The contacts of the sick and suspects are monitored in their homes by primary health care, in accordance with the provisions of the new plan to deal with COVID-19 in Cuba.

The current scenario marks a considerable improvement compared to weeks ago, when the capital was the epicenter of the epidemic on the island and had to implement strong restrictive measures. At the moment, it is in phase 3 of the recovery stage, in which almost all services have been reactivated and the restart of the school year is being prepared for next Monday.

In addition, urban and interprovincial transportation has already been resumed, although a possible date for the reopening of José Martí International Airport and the return of commercial flights has not yet been announced.

However, the Havana authorities have insisted on “not lowering their guard” to avoid a recurrence of the disease. This Tuesday, Tatiana Viera, coordinator of the Provincial Government, and Dr. Francisco Durán, director of Epidemiology of the Ministry of Public Health, agreed that the number of people detected in the previous day with symptoms was very low for a “wide and complex geography” like that of Havana, “which denotes the urgent need to be more dynamic and demanding in the screenings, an essential factor to avoid setbacks,” Tribuna de La Habana reported.

In this sense, the government representatives demanded “following up and being very zealous in monitoring people in isolation and at home under surveillance,” as well as “expediting the PCRs and the processing of information related to their results.”

This Wednesday Cuba reported 49 new cases of COVID-19, four of them imported. The highest amount (22) was recorded in the western province of Pinar del Río, a territory that currently presents the most complex epidemiological situation in the country.