Measures announced for Havana against coronavirus

Plans include the isolation of some people’s councils from the municipalities of Diez de Octubre and El Cerro, which will be reported later. 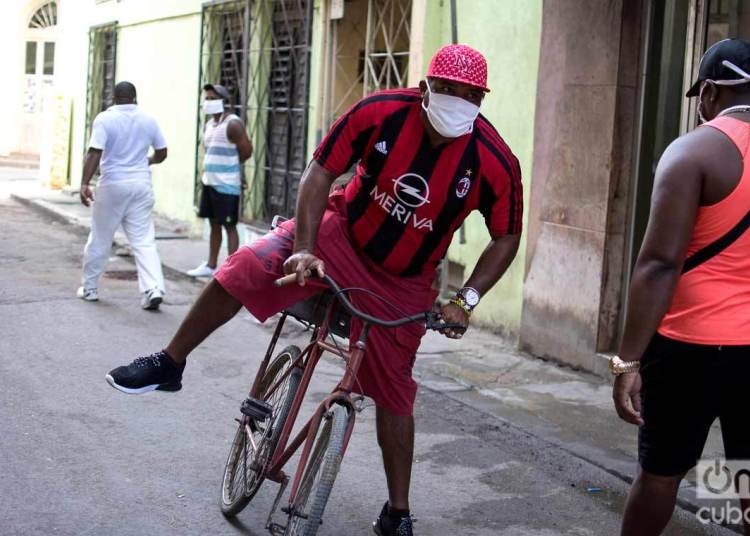 Havana: a man rides his bicycle to work in times of coronavirus. Photo: Otmaro Rodríguez

Havana authorities appeared this Monday on the Mesa Redonda television program to announce on the measures taken against the pandemic in the territory.

Reinaldo García Zapata, vice president of the Provincial Defense Council and Governor of Havana, reiterated the need for social isolation. He said that three facilities have been opened for people suspected of contagion with COVID-19. Facilities have been allocated for: suspects, low-risk suspects and contacts.

He also referred to facilities for Cuban travelers arriving from abroad. He said that this Tuesday the 14 days will be over and those who return to their homes or go to health institutions will be defined.

Similarly, the sale of agricultural products in the markets has been regulated.

He also said that in Havana it is planned to isolate some people’s councils from the municipalities of Diez de Octubre and El Cerro, which will be reported later.

Dr. Carlos Alberto Martínez Blanco, provincial director of health in Havana, said that actions had been implemented in the fields of hygiene, epidemiology, microbiology, teaching and logistical and technological support.

The fundamental premise in confronting the new coronavirus is, he said, the human capital, made up of more than 68,000 workers. Of these, 2,000 collaborate with other nations.

Among the measures those aimed at ensuring individual and collective protection in communities and workplaces stand out. He reported that 2,154,000 people have been screened and 5,000 medical students have been mobilized.

He underlined the advantages of active screenings for the timely care of suspected cases and follow-up of risk groups. In the case of El Carmelo People’s Council, he stressed that at the close of yesterday no new case of COVID-19 was reported and that 94% of its inhabitants had been screened.

Finally, Colonel Mario Méndez Mayedo, head of the Identification, Immigration and Aliens Department of the Ministry of Interior, reported the presence of foreign citizens in the country and of Cubans in other countries. He said that as of 12:00 p.m. on April 7 there will be no foreigners in Cuba with less than a 15-day stay.