The Minister of Domestic Trade said that, in accordance with the economic situation of the country and personal income, the purpose is to continue the process of gradual elimination of undue gratuities and excessive subsidies, “to subsidize only the needy and not the products.” 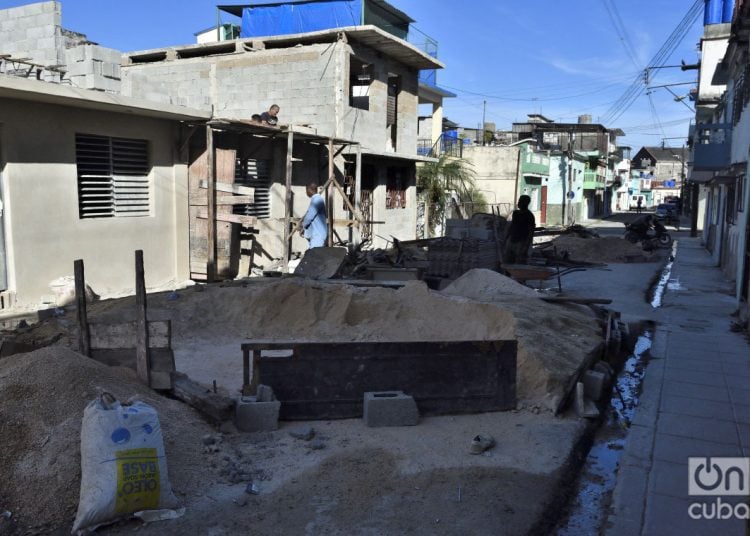 View of an area under reconstruction in the municipality of 10 de Octubre, one year after the January 2019 tornado passed through Havana. Photo: Otmaro Rodríguez

The increase in prices in more than a hundred construction products caused concern among Cuban consumers, although another major part will continue to be subsidized by the state.

According to the Agencia Cubana de Noticias news agency, some 124 products, of the 550 in stock in the construction materials stores, will increase in price due to the increase in production costs for the country’s industries.

49 of the most demanded will have an increase, while in others the retail prices are maintained and the loss they generate in the industry is subsidized by the State, according to Minister of Domestic Trade Betsy Díaz Velázquez on the Mesa Redonda television program.

The price hike is due to the implementation of the Task of Reorganization, whose announcement was an unattractive end-of-year gift for the domestic customers, who had to face rate increases in other commodity markets and shortages to a large extent due to the restrictions of the blockade/embargo, amid, in addition, the fear of the other rise: that of COVID-19 infections.

As a certain relief, the official pointed out that the dry goods, understood: sand, gravel, stone and dust, in addition to cement, two formats of tanks and partially the blocks will maintain the subsidized prices. As for the blocks, a standardized retail price (of nine pesos) was approved that contains 50 percent of the growth calculated by the industry while the other 50 percent is assumed by the state budget.

With the flexibilities, and the housing crisis, a great many people with the corresponding construction licenses are undertaking private works, both new homes and renovations. At the same time, an expected “black market” has emerged that challenges the authorities.

The costs of steel bars, galvanized carpentry and sanitary furniture are also covered by the State budget, through the subsidy granted to people for basic housing units.

Building materials with imported components in their manufacture, such as electrical cables, nails, iron fittings, electrical boxes, gutters, and other tank assortments also increase in price.

After mentioning other products, the minister stressed that, in accordance with the economic situation of the country and personal income, the purpose is to continue the process of gradual elimination of undue gratuities and excessive subsidies, “to subsidize only the needy and not the products.”

The sale of construction materials has had a contraction since the beginning of this year, said Díaz Velázquez. According to the authorities, in the new scenario of the so-called “monetary reorganization,” around 20,000 prices have been revised throughout the Cuban industrial spectrum.