According to Resolution No. 200 of 2021 of the Ministry of Transportation (MITRANS), published in the Gaceta Oficial No.63 Extraordinaria, “each owner is allowed to recognize one motor vehicle assembled with parts and pieces.” 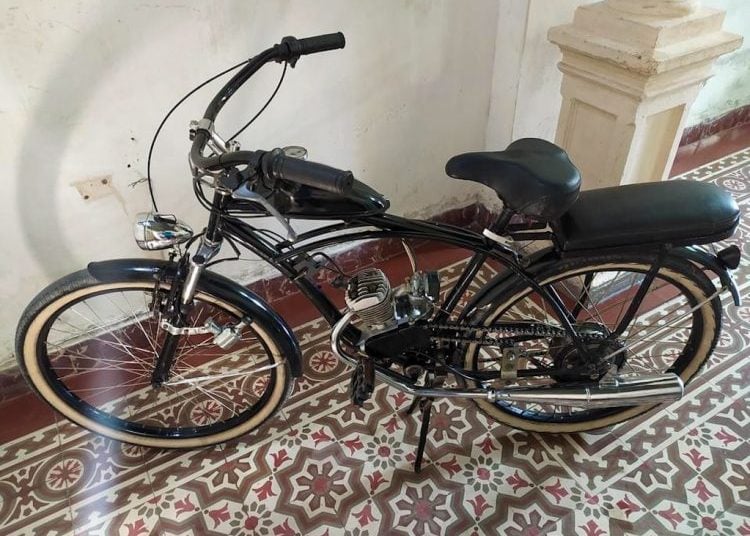 Bicycle with an adapted motor known in Cuba as riquimbili. Photo: Mopeds and Riquimbilis/Facebook.

More than 40,000 vehicles assembled with parts and pieces that currently exist in Cuba, especially in rural areas, will be legalized in a process of recognition approved exceptionally and only for this time, according to the authorities of the sector on the island.

According to Resolution No. 200 of 2021 of the Ministry of Transportation (MITRANS), published in the Gaceta Oficial No.63 Extraordinaria, “each owner is allowed to recognize one motor vehicle assembled with parts and pieces.”

The general director of Automotive Transportation of the MITRANS, Mario Pérez, explained in a press conference that the regulation responds to the disagreements of the owners of this type of vehicles, and will come into effect in 15 days, according to the Agencia Cubana de Noticias news agency.

Both motorcycles, tricycles, cars, trucks, trailers and semi-trailers modified or assembled from parts and pieces must pass a technical evaluation to demonstrate that they are suitable for circulating on public roads, Pérez stressed.

The official pointed out that as part of the review, the good condition of the braking, lights, steering system, as well as the structural characteristics of the vehicle, according to its classification, will be checked.

The process was divided into stages that contemplate the census of those means of transportation that were not presented in the previous call.

The technical review of the registered vehicles with changes and conversions that were not approved at the time for technical reasons will take place in the second month in which the resolution takes effect, the source indicated.

Later, in a final stage scheduled for October 5, the approval of the vehicles known in Cuba as riquimbilis will be carried out.

The owners of these vehicles must present an affidavit about the parts and pieces used in the modifications, and which Pérez described as “an expedited procedure and that people can register in the same place.”

The regulation also foresees a period of up to six months for owners of vehicles not suitable for circulation to make the necessary corrections for their recognition.

According to the source, the resolution includes the registration of vehicles that have undergone changes and conversions and that are used in the transfer of passengers in some places in Cuba, so their owners may opt for the means of transportation operating license and dedicate themselves professionally to that activity.