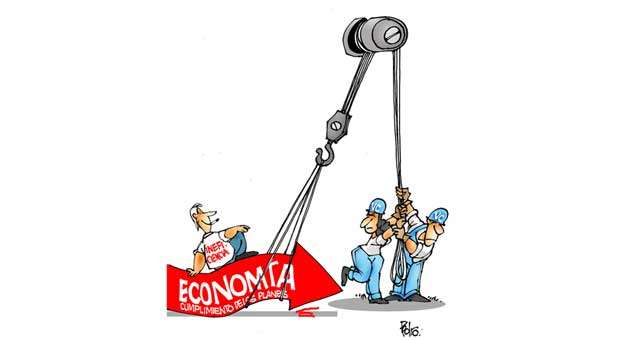 When the new Council of State was elected on Feb. 24, 2013 for the next five years, along with the five presidents and the first vice president of the Councils of State and Ministers, it was evident that this generational changeover was the result of a high level of pragmatism among the historic generation, by including as Raúl Castro’s substitute a person who is around 50 years old, born after the Revolution.

Also evident was the preponderant role that will continue to be played by the updating of the economic model in the coming years. That is, while the [Economic and Social Policy] guidelines have a temporary reach, until 2015, the transformations for a structural change that the Cuban people need will require more time, if the goal is to make Cuba into a developing country.

The 2013-2014 path has been charted to a certain extent, given the expectations for a new state enterprise law; the conceptualization of what kind of economic model should be built; the operation of urban cooperatives in the rest of the economy, and not just on an experimental basis; the elimination of the dual currency system and, with that, a better exchange rate that is closer than the current distance between exchange rates of legal entities and individuals; a new model of agricultural management; new laws that make Cuba attractive to foreign investment; wholesale markets for all forms of production, and others.

This is why these economic transformations must be continued over the medium and long terms, and for that, many of Cuba’s leaders have been elected taking into account an important reality, which is their ages, which will allow them to be present for a period that is a little bit longer.

Challenges for the future are complex, given that Cuba needs to maintain a balance between macroeconomic needs related to its need for economic growth, but with efficiency and high productivity, and at the same, it must try to preserve the equity that it has achieved, along with social indicators that make it an international reference.

However, one concept that will have to be taken into account is that of “Cubans” who do not necessarily live in the country but who would be interested in participating and making Cuba a prosperous country with immense opportunities for all. That necessarily involves eliminating grudges, leaving behind factors that have marred relations between the two sides, if we are referring to our closest neighbor, who has forgiven Cuba for finding its own way with complete independence. Cuba has immense needs for capital to stop the undercapitalization of production, and internal savings in the coming years will not be sufficient for reaching that goal. Therefore, Cuba must attract external resources, but for that to happen, certain issues must be cleared up that will make the country attractive for an influx of capital.

Generally speaking, Cuba has created the bases for a generational changeover in the next five years among its top government officials, but with individuals who will represent the continuity of the national project that is being reformed, so that all Cubans can see that economic growth can be attained with social equity. To reach those goals, there is quite a way to go, and it involves the commitment of Cubans to their nation until they can see their own prosperity as individuals. And prosperity includes better choices for living and for work, where workers’ wages play their rightful role, and where society’s income is continuously growing. The only thing that can lead to this outcome is work, that is, growth of the national economy.