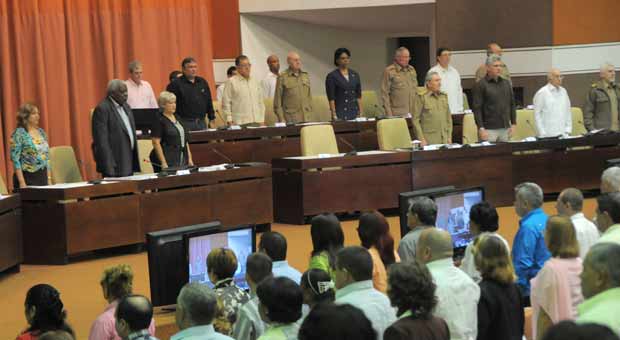 The law passed this Saturday by the National Assembly in plenary, is a strong step for the Cuban economy in the short, medium and long term. To increase GDP at a rate between 5 and 7 percent, as indicated by the most successful international experiences, it is necessary that the rate of accumulation (amount for investing) range between 25 and 30 percent of the nation’s GDP. Preliminary estimates show that for the country to achieve these results a flow of capital between 2 and 2.5 billion dollars annually would be necessary

Among the main changes to the Act 77, the new one includes clearer and more attractive tax benefits, expanding the scope of international economic association contracts, the approval regime was modified, and the use of local raw materials is prioritized. Marino Murillo, vice president of the Council of Ministers stressed that it is not just about growth, but about a development model.

During the process it was emphasized the transformation of concept regarding the employing entity responsible for providing labor to foreign investors. If this instance was there previously as a source of income, now it will work as a facilitator, so that ensure the protection of workers, and in turn they are the right ones for each position.

The new legislation shall enter into force within 90 days after its publication, which leaves on the table the need for future regulations. The previous day Rodrigo Malmierca , Minister of Foreign Trade and Investment , said that at some point they have to modernize the Commercial Code, and the relevance of developing a Corporate Law and Hydrocarbons Law.

Coming soon a strategy of investment promotion will be adopted, which should include the work of agencies and offices information and assistance to foreign entrepreneurs. For now, the final provisions of the regulations guarantee business men currently present in the country can maintain all initial conditions their companies were conceived in.

Regarding the portfolio, prime prelude for the good course of the investment process, the Malmierca said it will be based on national objectives, although it won’t be a straitjacket. If there are good proposals, they can be studied and included in the portfolio.

Other key goals at macro level are to develop comprehensive projects that create productive linkages and contribute to the change in the energy matrix. The latter would reduce dependence on oil, which together with food, equipment and spare parts are the Cuban largest expenses in international markets.

Malmierca said the policy is characterized by the respect and protection of the environment, heritage, natural resources and national sovereignty; besides the case-case assessment of investment proposals.

The new law confirms that changes in Cuba are serious. Some experts believe that, along the process of monetary unification, this will be one of the most important measures to solve the structural problems of the national economy.