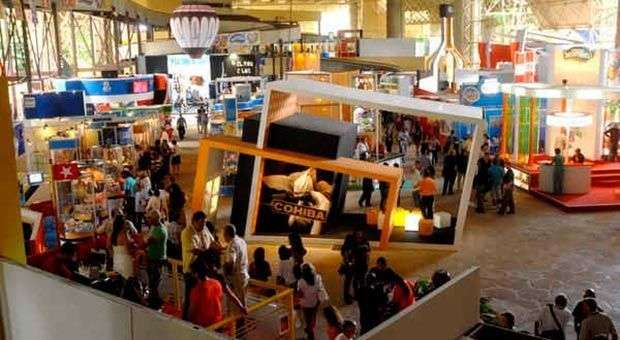 A sign of the growing interest of the international community in trading with Cuba was ratified on the second day of the XXXI Havana International Trade Fair, underway at the Expocuba fairgrounds until next Saturday.

Also there was the 40th Economic Complementation between Cuba and Venezuela which aims at the phasing out of tariffs, which will boost economic cooperation between these nations.

In the presence of representatives of 200 Venezuelan companies, Rodrigo Malmierca , Cuban Minister of Foreign Trade and Investment , and Alejandro Fleming , Commerce Minister of the South American nation signed this document.

In line with the process of transformation Cuban is living this agreement is expected to generate a greater flow of goods and solid building of productive chains. For this reason Cuba will open an office in Caracas in the next weeks for monitoring exports – imports in both directions, the Cuban minister remarked.

Another moment of prominence in the XXXI Fair, which has the largest participation of the last decade, was the National Day of China where it was learned that trade between Cuba and the Asian nation totaled 1.4 billion dollars, tacit expression of the strengthening of bilateral ties.

In relation to the same period in 2012, the trade volume represents a growth of 20 percent, said Chen Bing, charge d’affaires at the Chinese embassy in Havana

With such figures China confirms its position as the second largest trading partner of Cuba, after Venezuela, while also reaffirms one of the main purchasing markets.

In its pavilion stand out automotive products and home appliances and communication, meanwhile, Cuban major export items are sugar, tobacco and rum.

Moreover, with a representation of over 130 companies , Spain, third largest trading partner of the island, stands so far this year with an exchange volume that exceeds one billion dollars, which represents a 10 percent increase compared to 2012 according to data presented by authorities in that country during the inauguration of its pavilion.

Among the attractions of the day was also the debut of Cuban products such as Elixir Cubay 33 and Cubay Carte Blanche Extra Viejo , tasted by a good amount of connoisseurs who could appreciate its rich amber and clear appearance , respectively , with excellent bright , clean and transparency , according to César Augusto Martí, rum master of Cubaron company .

One of the main themes of the event: business opportunities for Cuban and foreign entities in the Special Zone Development (ZED), opened the third day of the XXXI International Fair of Havana, by Malmierca and Ana Teresa Igarza , CEO of the Regulatory Office of Special Development Zone of Mariel.